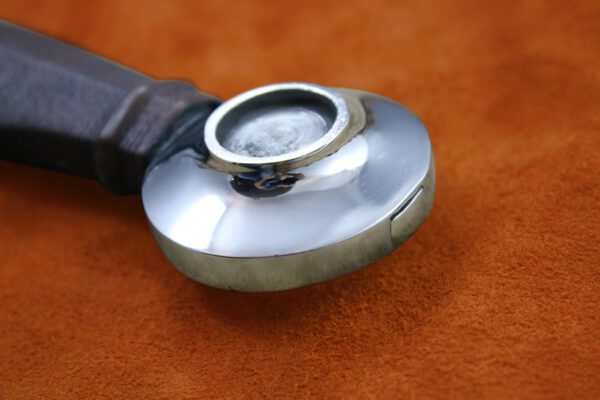 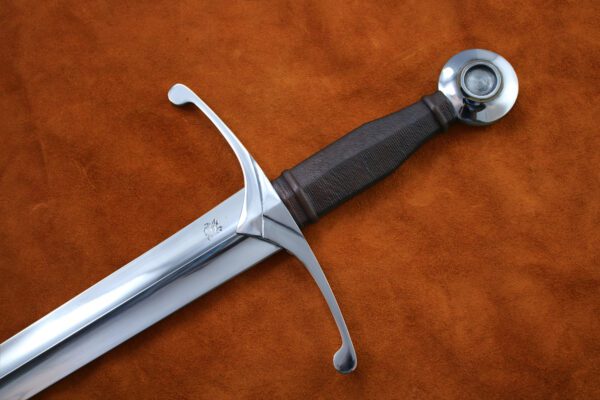 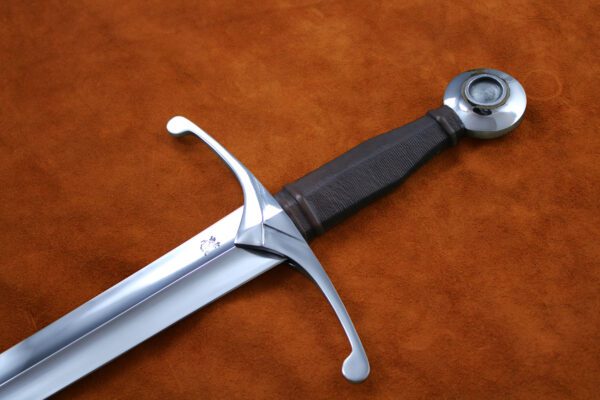 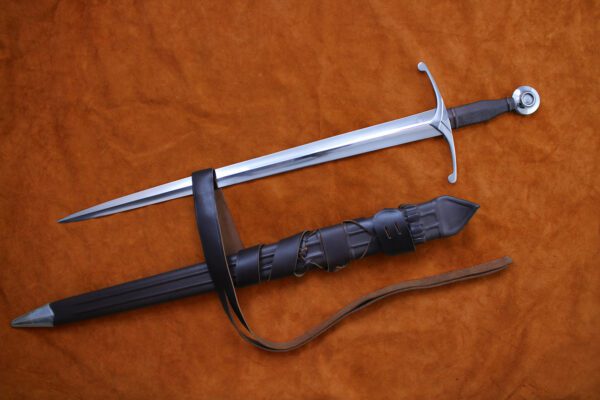 Arming swords were intended to be used with a single hand. As a result, these swords needed to be heavy enough to be effectively useful in combat, but light enough to move quickly and not be tiring for the wielder. For this purpose, the Squire is a perfect fit. Light and nimble, this sword is incredibly responsive and effortlessly flows from guard to cut and back again. While exquisite to handle, the Squire is strong enough to inflict considerable damage if used in combat. A far cry from the hefty two-handed swords wielded by armored and mounted knights, the Squire is the perfect sword for anyone who wants an agile, attractive sword that is just as battle ready as one twice its size.

The process of becoming a knight has been depicted in fiction and pop culture many times. Most people in Western culture who have been exposed, even tangentially, to historical fiction are aware that a knight follows a code of honor, and may even know its name: Chivalry. Most people are probably aware that knights wear full plate armor to ride into battle or the joust. They would also be aware that knights we not born, but made, in a ceremony involving a sword being tapped on their shoulders – and some may even know that before knights undergo this ceremony, they are known as something else – squires.

The process to become a knight was this: a noble-born boy, younger than 10 years old, would be put into service learning manners, etiquette, art, weapons, and about the essential duties of knights in society. At a certain age – usually 13 or 14 – the age would graduate to become a squire, or a knight-in-training. The squire would be apprenticed to a knight, and at this point their true training would begin. The squire would help the knight care for his armor, horse, and weapons, wait on their personal needs, and generally support them as staff on a daily basis. The knight, in turn, would train the squire in the arts of war needed to be an effective combatant on the battlefield. In fact, some squires would even accompany their knights into battle, defending them and learning to wage war in the most hands-on way possible. And, when they were ready, the squire would take his final step toward becoming a knight.

The Accolade – that holy ceremony in which a young man died to their old self and was “reborn” symbolically as a knight – was a revered coming-of-age ceremony in the Middle Ages. The ceremony itself was relatively simple: at the age of 21 a squire would undergo a ritual cleanse on the eve of his knighting ceremony, then stay awake the entire night in a prayer vigil. In the morning, the squire would take his vows of obedience to his lord and to the Church, and he would arise from his knees a knight. The knight would go on to act in service, to display courtesy to ladies, and to be a force for good in the world for decades to come (at least, this was the ideal). As long as the knight was alive, though, he would always remember the squire he had once been.

The Darksword Armory Squire Sword is designed with those apprentice knights in mind. A mid-length, double-edged blade crafted from tempered 5160 spring steel provides a durable and resilient striking edge. The blade is hollow-ground with a stiff spine for added strength. The simple, curved guard sets this sword apart from the standard cruciform hilt sword, and the wheel pommel is a classic design. What sets this sword apart, though, is its handling. Weighing in at less than a kilogram, the Squire is a startlingly fast and responsive sword. In the hands of a growing apprentice knight, the Squire would be a suitable training or combat weapon; in your hands, it would be a lively sword that begs to be put through its paces.

Being specifically designed for close quarter combat, the Squire handles beautifully. It is a very responsive sword that feels “alive” and light in the hand. Easily wieldable even in novice hands, the Squire sword characteristics make it a medieval weapon of choice for all collectors. The sword is perfectly balance for swift movement and powerful delivery in both cut and thrust motions.

While historically made for the noble elites, the Squire is perfect for beginner and advanced students of the sword. The diamond cross-section of the blade results in a thick spine that sharply tapers to the edge, providing good stiffness without sacrificing structural integrity. This makes the arming sword light enough in the hand to be wielded easily, yet resilient enough to withstand actual use in combat.