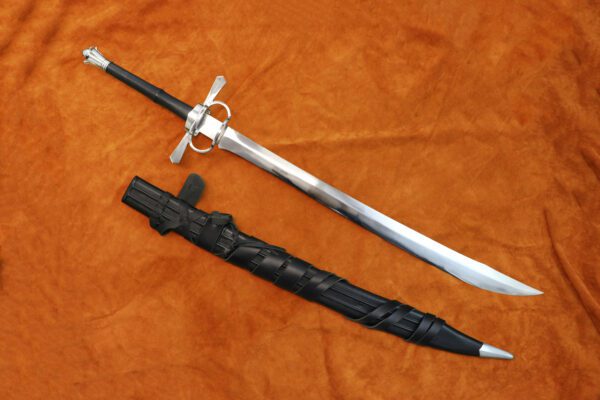 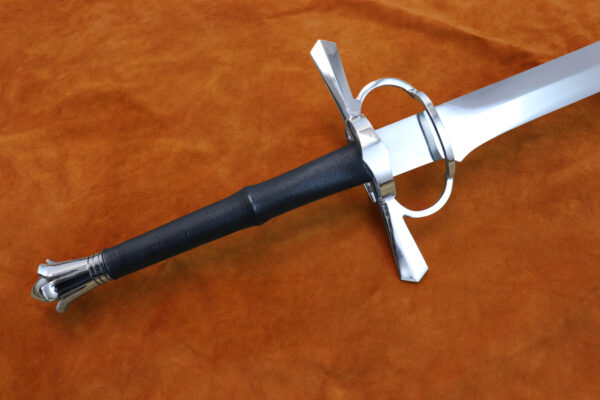 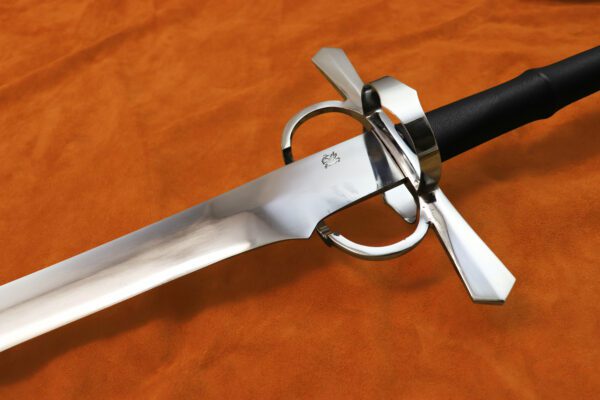 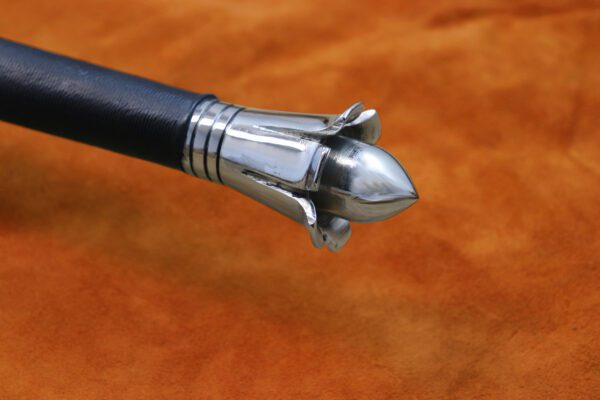 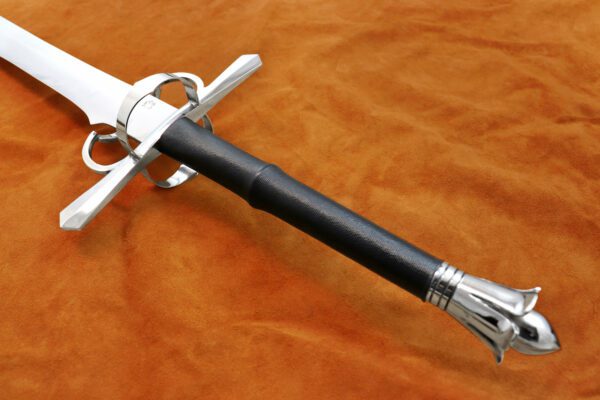 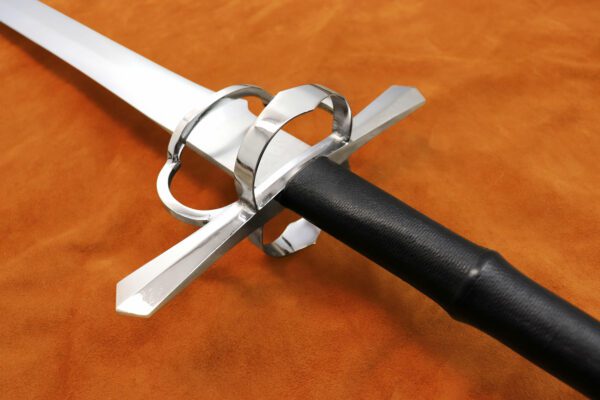 This historically inspired fantasy battle ready sword is based on the Swiss Saber, a two-handed, singled edged medieval sword of the renaissance and early modern period.

This historically inspired fantasy battle ready sword is based on the Swiss Saber, a two-handed, singled edged medieval sword of the renaissance and early modern period. The ringed hilt is typical of many 16th century swords, but the crown pommel is an original design (loosely based on a historical example).

The Swiss Sabre, or Schweizerdegen, was popular in Switzerland during the High Middle Ages. Unlike the “Schweizersäbel”, a modern term, coined in 1914 by antiquarian and curator Eduard Achilles Gessler (1800 – 1947) of the Swiss National Museum, The Schweizerdegen is a 16 th Century saber using among Swiss soldiers. The swiss Sabers have single-edged slightly curved blades. The hilts were of various designs, some plain, others complex, with recurved quillions and rings and knuckle guards. By the late 16th century, specialized hilt forms begin to emerge, often with pommels shaped as a lion’s head, or plated with silver.

Rated 5.00 out of 5
590.00 USD – 720.00 USD
Select options
We use cookies on our website to give you the most relevant experience by remembering your preferences and repeat visits. By clicking “Accept”, you consent to the use of ALL the cookies.
Cookie settingsACCEPT
Manage consent