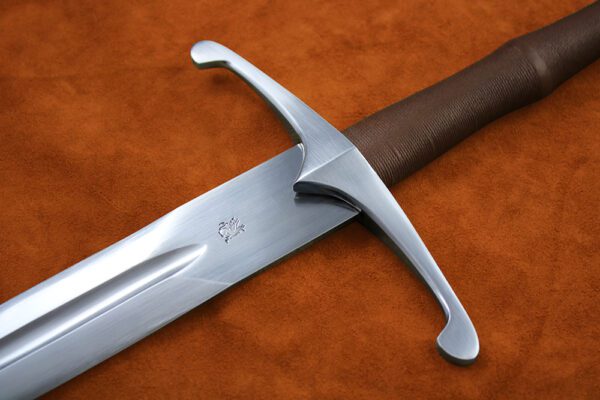 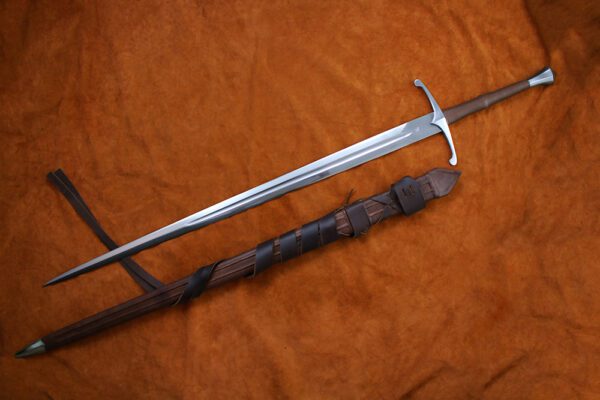 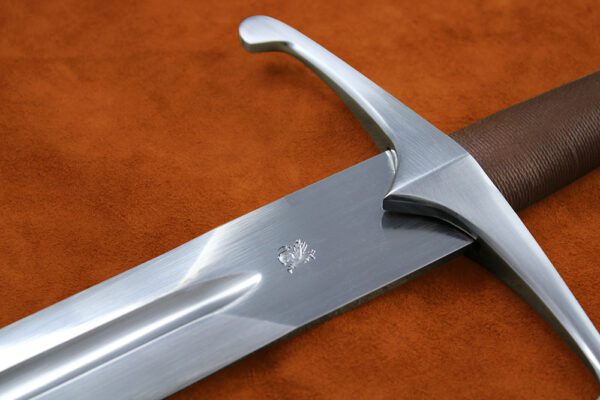 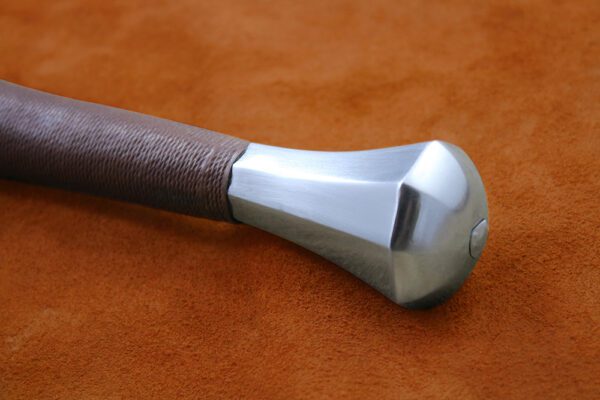 As Medieval Swords evolved through the ages the expert smiths who made them – simultaneously working as metallurgists, chemists, engineers, and physicists – were involved in an early arms race. Protective technology was likewise evolving and making life difficult for those attempting to kill individuals wearing the latest armor. Advancements in plate armor – both construction and materials – made swords less and less effective in pitched battle. Knights then turned to warhammers, maces, lances, and other weapons that could either pierce the best Medieval armor or transfer kinetic energy through the armor and into the warrior within. These weapons were so effective this could have spelled the end of the sword as a legitimate weapon of war.

Thankfully, the intrepid smiths responsible for the sword’s ongoing evolution were committed to ensuring it would change with the times – and, as a result, we were given a gift in the development of the Great Sword.

Swords were historically cutting weapons with the ability (in certain incarnations) to thrust effectively. Sometime in the 15th century blades began to change. Swords became more elongated with a more defined taper to the blade. By contrast, fullers reduced in length. This resulting in more steel being present in the tip and causing two benefits – it created a blade much more suited to thrusting, and yet it also moved more mass to the end of the blade causing it to be a shockingly effective cutter. The end result was a sword with massive presence, able to thrust between plates of armor and pierce mail links, yet also able to bring devastating force in the cut. Even though armor had advanced to defend against the sword, the sword rose to the challenge – and, as a result, we have centuries of excellent surviving examples of the Great Sword.

Hand crafted and properly engineered for durability in combat, the Longford is a very solid, responsive, and well-balanced Medieval sword. According to Oakeshott Typology, this sword would fit in the XIIa category. The Longford boasts a long, tapered blade common to 15th Century medieval swords. The Great Swords of history were often made with plain, straight guards and simple wheel pommels. We decided to give ours a bit more character – an attractive, curled guard, scentstopper pommel and deep fuller complete the sword nicely and give it a distinctive flair. Unique to the Darksword version of the XIIa, a stiff yet short ricasso provides additional stability and strength to the weapon. The blade, hand forged with 5160 High Carbon Steel, is skillfully Dual Hardened for precise cutting while remaining flexible for enduring combat. In a nutshell, the Longford is a finely crafted sword that is built to last!

Rated 4.67 out of 5
545.00 USD – 700.00 USD
Select options
We use cookies on our website to give you the most relevant experience by remembering your preferences and repeat visits. By clicking “Accept”, you consent to the use of ALL the cookies.
Cookie settingsACCEPT
Manage consent