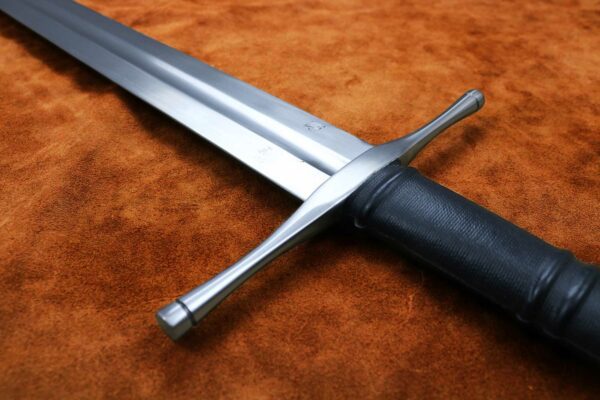 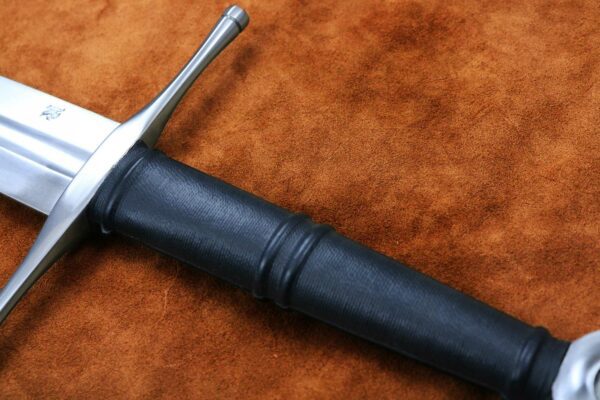 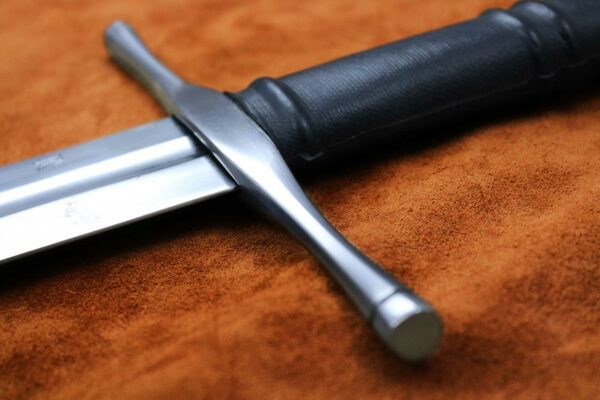 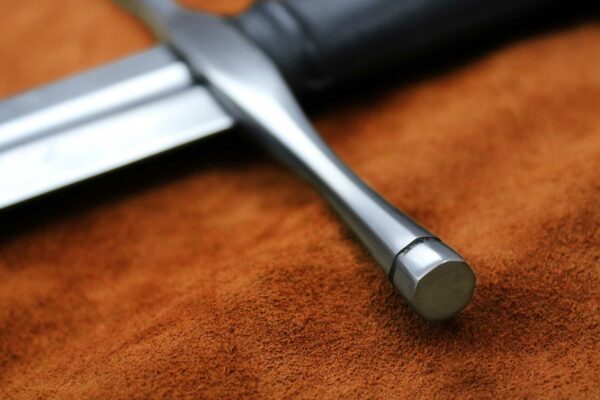 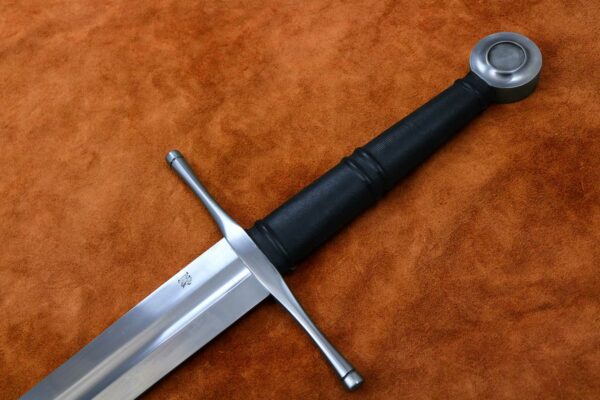 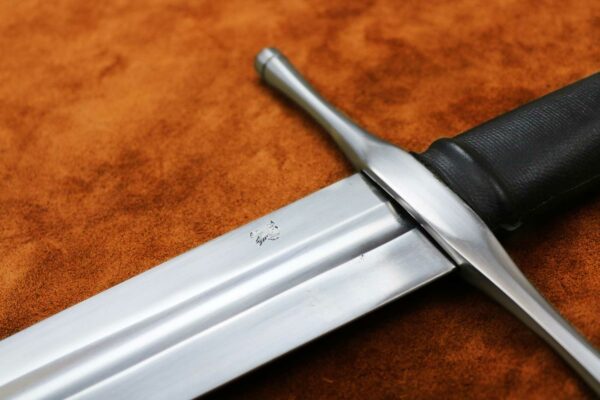 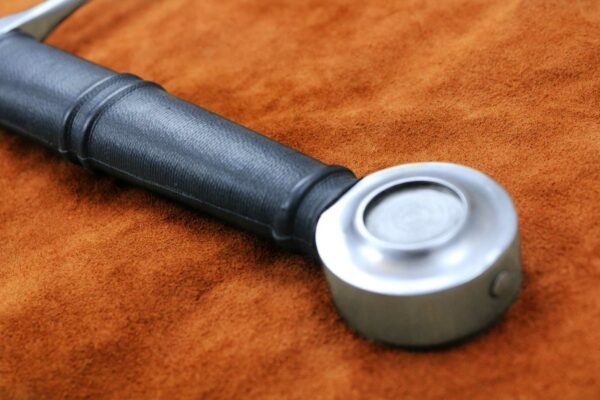 The Two handed Norman Sword, Known for its crucifix form, is the quintessential medieval sword. Presented in the Bayeux Tapestry: an embroidery that depicts the Norman Conquest, the Norman Sword, classified as type XI with elements of type XIIa, is elegant in its simplicity.

“See, I grasp England in my hand”. – William the Conqueror

Working on the Two Handed Norman Sword was a Challenging endeavor. Given the historical significance and popularity of Norman swords, we opted to recreate a Two handed version of the traditional single handed Norman swords depicted in the Bayeux tapestry. The Guard, being very symbolic, served not only as a cross for praying prior to battles and ceremonies, but also as a counter block in combat. The Guard, individually crafted from mild steel and finely shaped with smooth octagonal lines, is further accentuated by the decorated leather wrapped Oak handle. The two handed Norman sword is not only one of our best sellers, it is one of the top “Staff picks” in our collection. Hand crafted and properly engineered for durability in combat, the Two Handed Norman sword, is a very solid, responsive, and perfectly balanced weapon. The blade, hand forged with 5160 High Carbon Steel, is skillfully Dual Hardened for precise cutting while remaining flexible for enduring combat. In a nutshell, the Two handed Norman Sword is a finely crafted sword that is built to last!