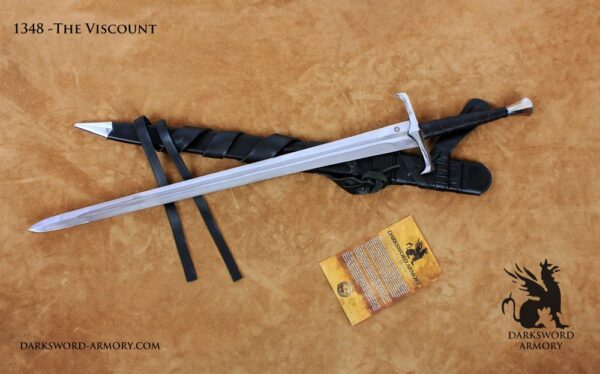 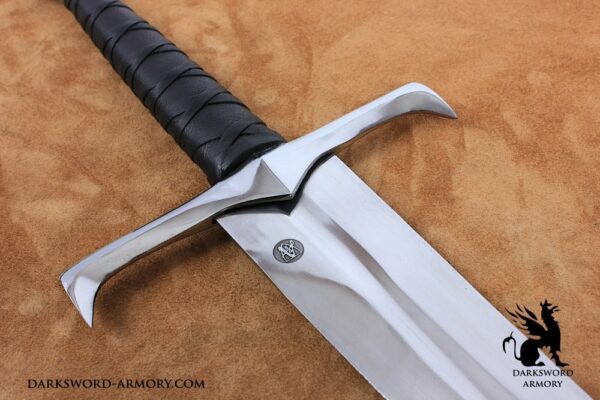 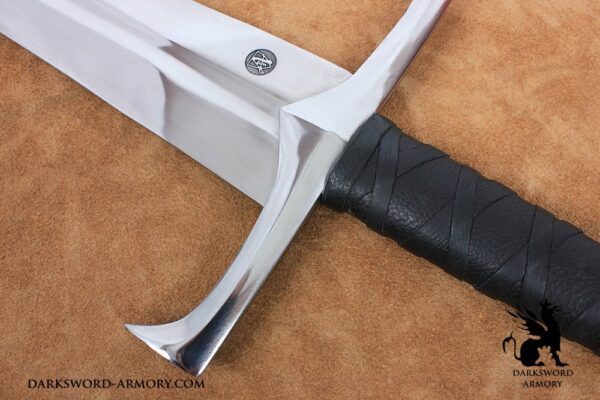 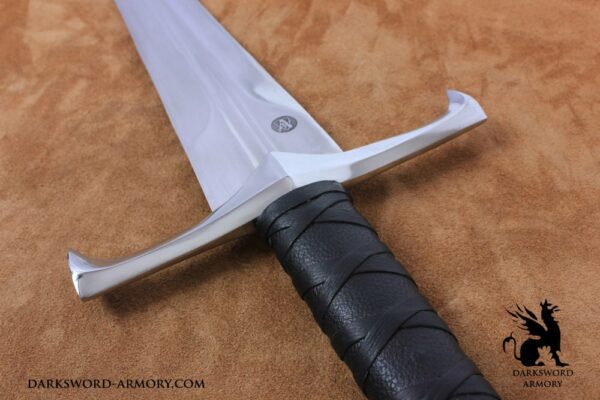 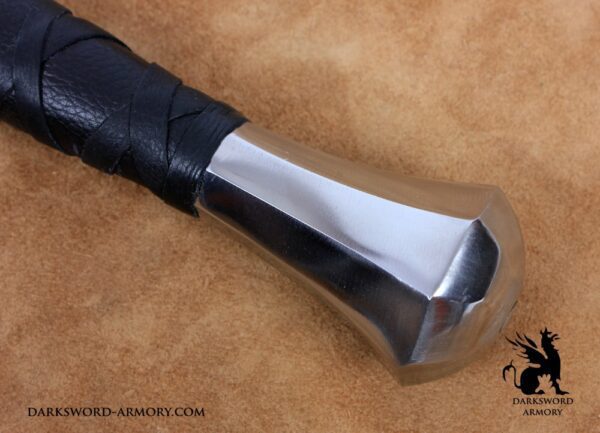 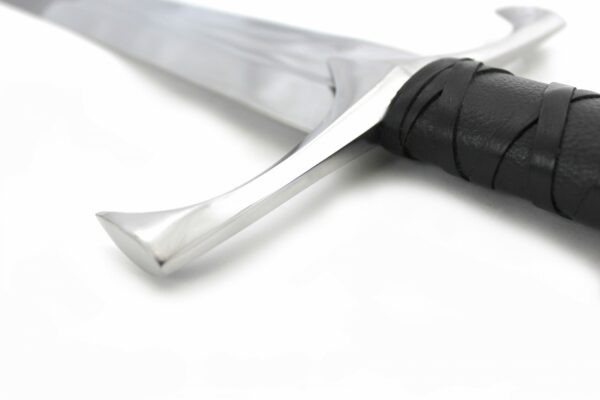 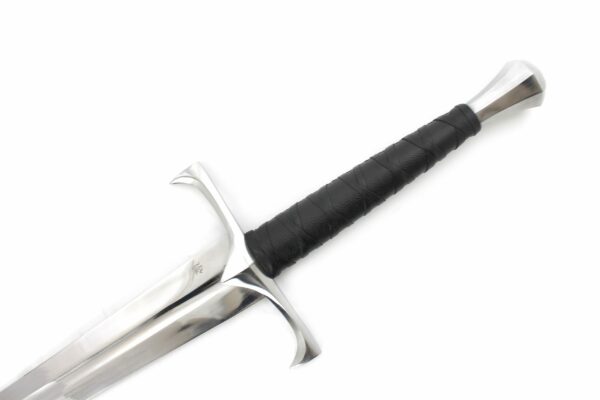 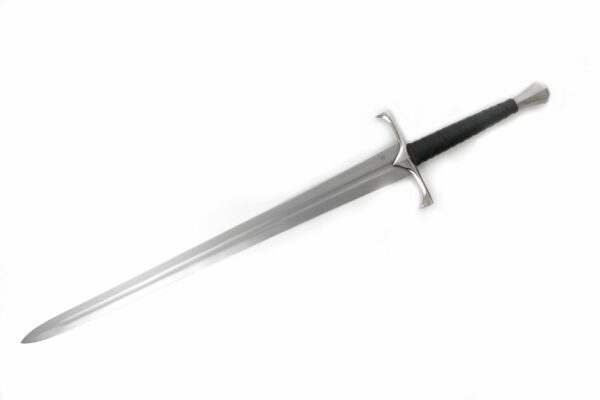 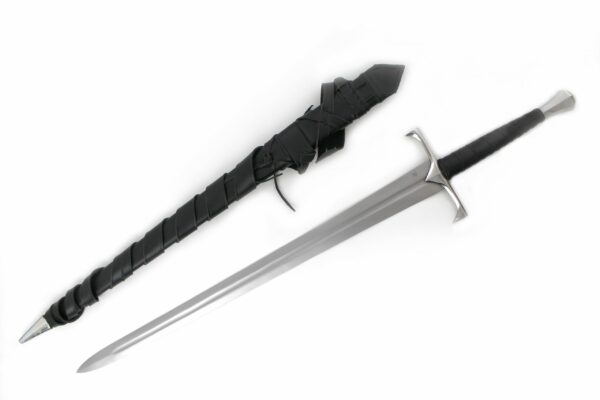 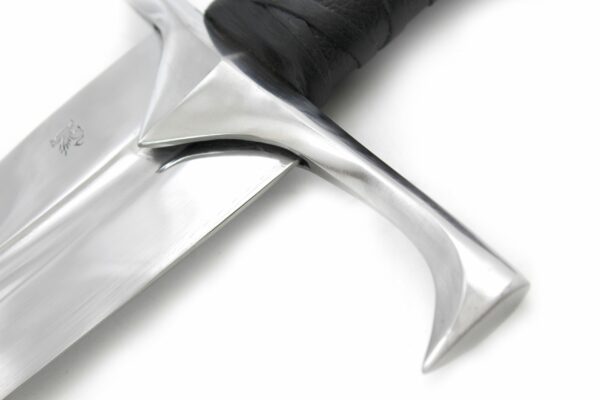 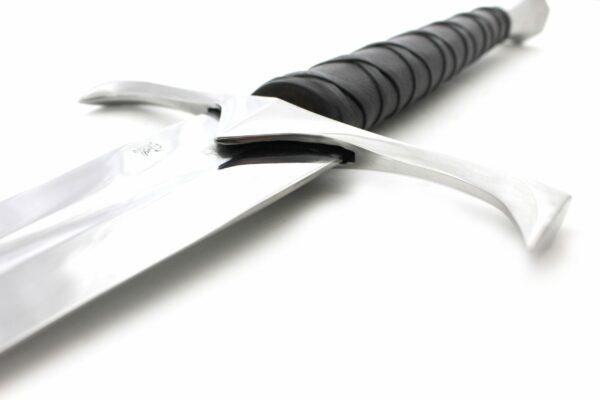 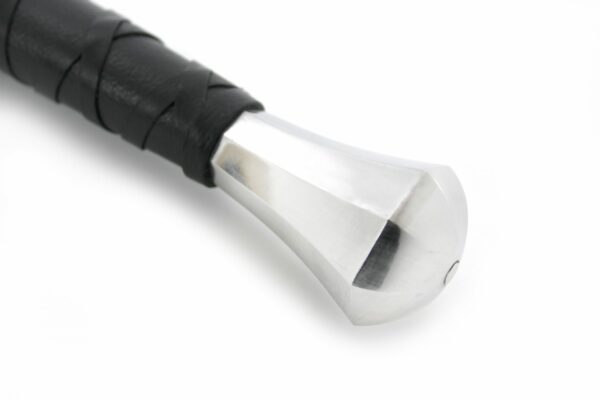 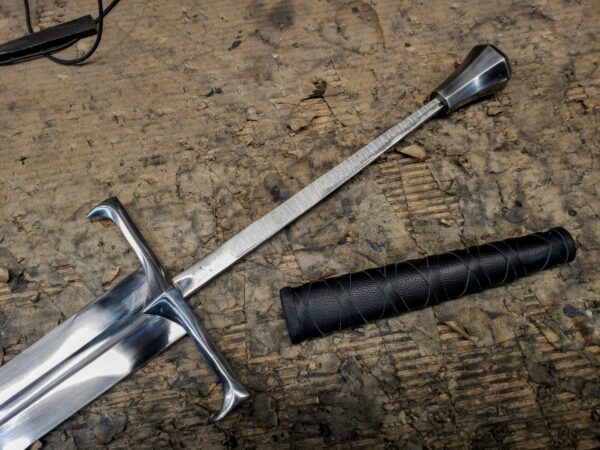 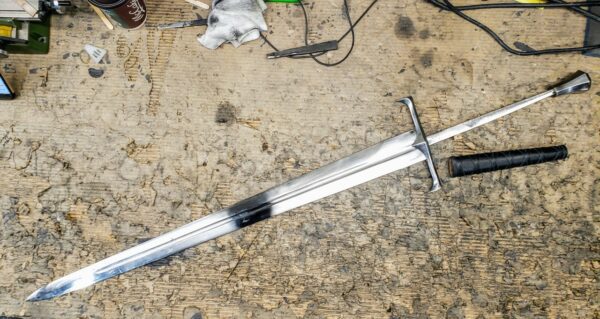 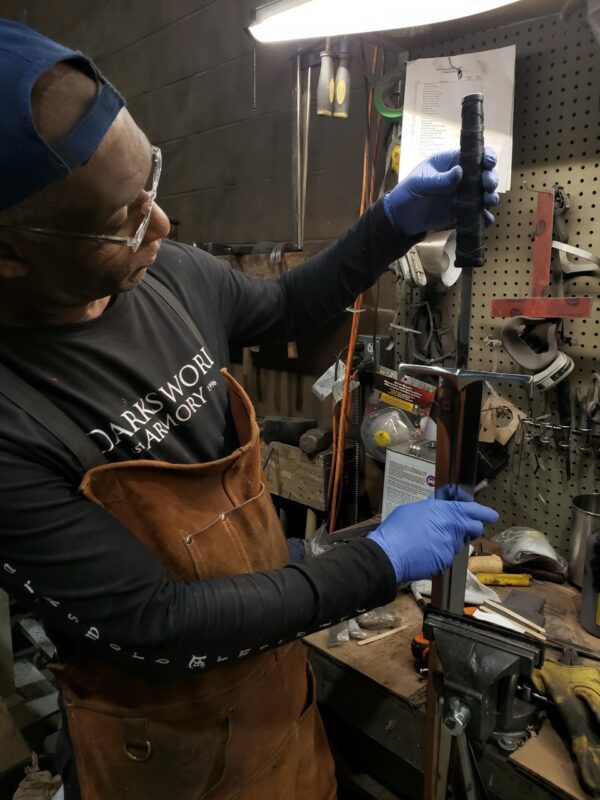 A hybrid of Medieval and Renaissance, Historical and Fantasy, the Darksword Armory Viscount Sword is one of our most unique designs. Based on an Oakeshott Type XX blade (a late Medieval type) with a traditionally Renaissance scentstopper pommel and a unique modern-inspired guard, this hand-and-a-half sword is a standout piece. Fully battle ready, as a bastard sword this weapon can be wielded both one-handed and two-handed with equal effectiveness. Suitable for use in combat or for displaying as an eye-catching centerpiece in your collection, the Viscount is a sword as noble as its name.

In historical European nobility, many positions of privilege were inherited. Dukes, Barons, and of course monarchs were hereditary positions, coming into power as a result of their birth. Other positions, though, were created by the monarch and entrusted to individuals of character. These were, at least not at first, positions that could pass down from father to son – they required individuals who were of sufficient honestly and integrity who could act in the capacity needed by the monarch.

The Viscount is one such title. A member of European nobility, who ranks above Baron but below Duke and Earl, the Viscount was basically a deputy, a trusted appointee. Individuals granted the title of Viscount were often responsible for collecting taxes and dispensing justice across the realm. This necessitated the Viscount, who acted under the seal of the Crown, carry considerable political and judicial clout – not precisely a position the Crown would want passed down in a family. King Henry VI appointed John Beaumont as the first Viscount of England’s history in 1440 AD. While the position was originally an appointed one, by the Renaissance it had transitioned into a hereditary position with less power an authority – more of a symbolic role, as were many similar titles created during those days.

The Darksword Armory Viscount is a sword inspired by the individuals who were entrusted with the power and authority of the Crown during those late Medieval, early Renaissance days. The Viscount is a Hand-and-a-half battle ready sword that is conceptualized from various swords of the 14th and 15th century. The Viscount sword is forged with a type XX blade, the latest category in Oakeshott’s typology. Type XX blades are long, broad, and sharply tapered as were many swords of the late Medieval period. The octagonal tapered pommel, based on Renaissance sources, is equally historical. For the hilt, we chose to take some creative liberty and fit the Viscount with an inspirational guard. The combination of these components produces a beautifully balanced battle-ready sword which offers exceptional handling capabilities wielded with one or two hands.

Type XX blades exist right at the junction of Medieval and Renaissance design. The character of these blades are broad and gracefully tapering to a sharp point. The Viscount Medieval Sword could have easily fit in the wars of the 15th Century, when armor had advanced to a level where regular melee weapons were of limited efficacy – the tapered points of late Medieval/Renaissance longsword would be able to neatly slip in between the plates at joints and other vulnerable points.

Rated 4.50 out of 5
630.00 USD – 790.00 USD
Select options
We use cookies on our website to give you the most relevant experience by remembering your preferences and repeat visits. By clicking “Accept”, you consent to the use of ALL the cookies.
Cookie settingsACCEPT
Manage consent