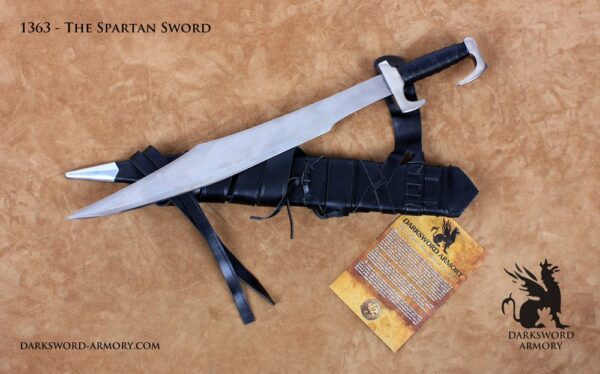 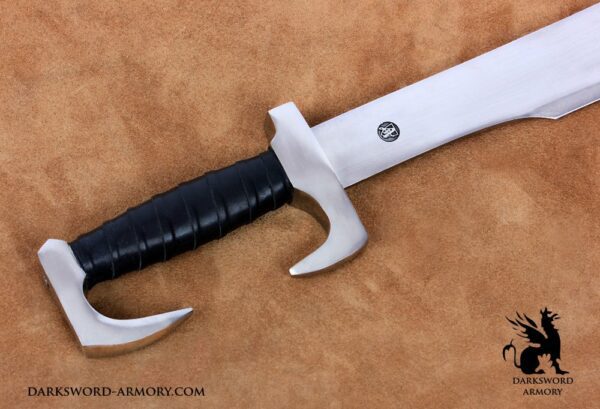 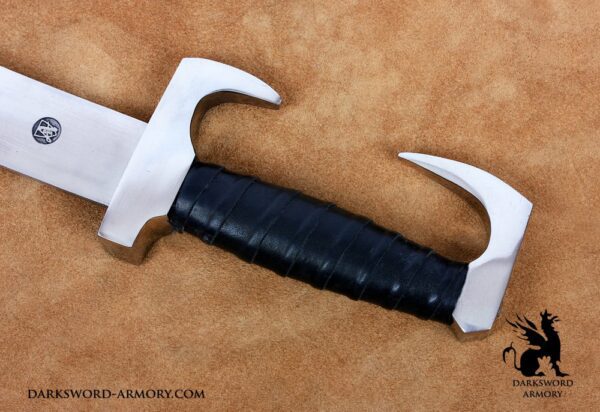 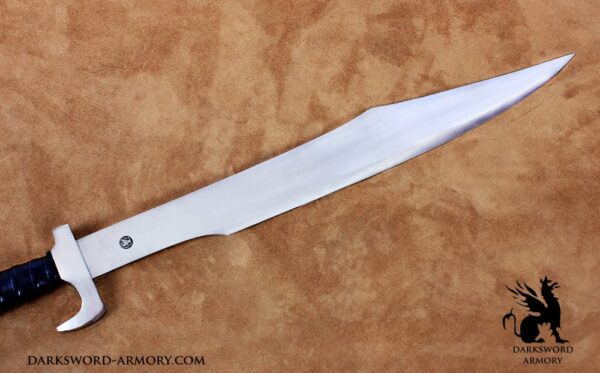 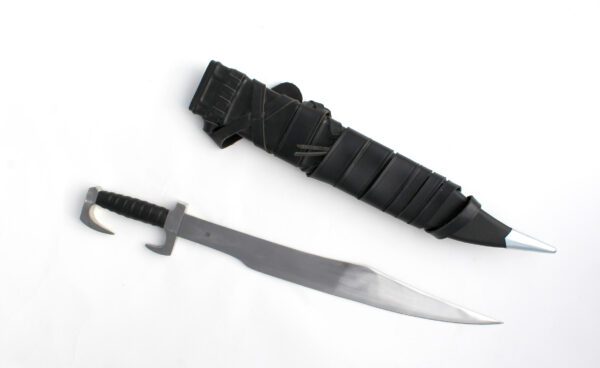 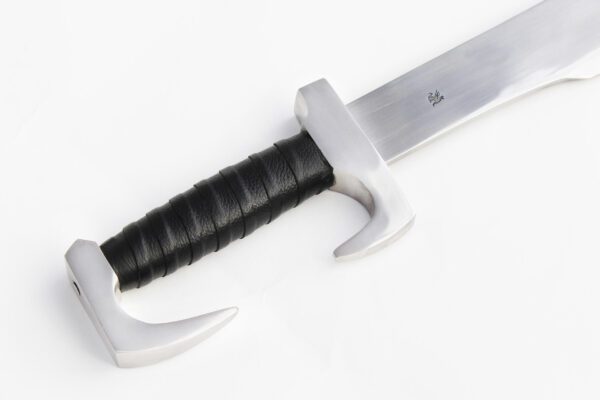 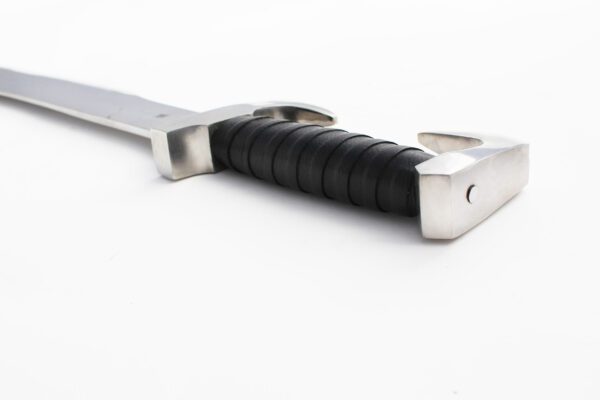 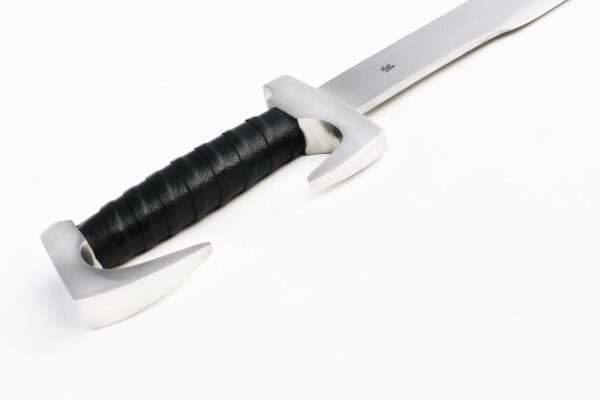 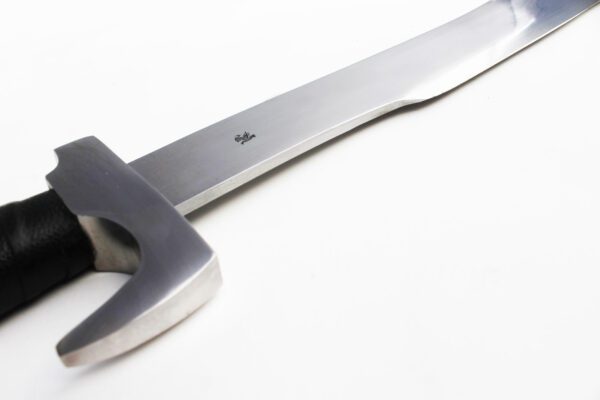 The tale of “Leonidas and his brave 300” has inspired many works of fiction, including poems and in recent years films and novels. One of the most famous is the 1998 graphic novel “300” by Frank Miller. This work featured a unique artistic style that was adopted into a 2007 film by the same name. The battle-ready swords used by the Spartans in the film is not historically based but still has managed to become an extremely popular among purveyors of fine quality swords. The Spartan sword is short and single edged. Narrow at the shoulders and widening towards the tapered and curved tip. The unique looking curved guard and pommel provide partial hand protection. This blade may not be a historical model, but would be deadly in the hands of any Spartan.

One area in which the comic series and film take these liberties is in the weapons and armor of the Spartan warriors. Unlike their historical counterparts, these fictional Spartans fight without body armor

or the leather skirts that were standard issue, instead fighting in codpieces, capes, and helmets. The sword too was an original design compared to the historical weapons of the Spartans, though they appear quite fierce when worn by the Spartan warriors on screen.

The Sparta medieval sword is a very slick and maneuverable fantasy-style sword. Perfect for close quarter combat, this battle ready sword can deliver quick cuts and thrusts but truly excels due to its low point of balance. The short rigid blade offers an exceptional handling experience despite the flared blade shape while the sharp tip can deliver destructive thrusts. For fans of the film, the graphic novel, or general fantasy designs will love the look and feel of this sword.