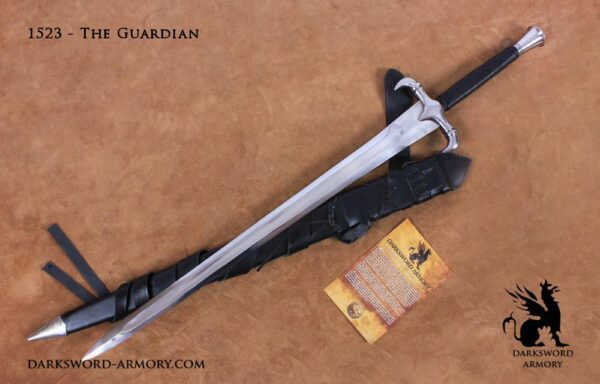 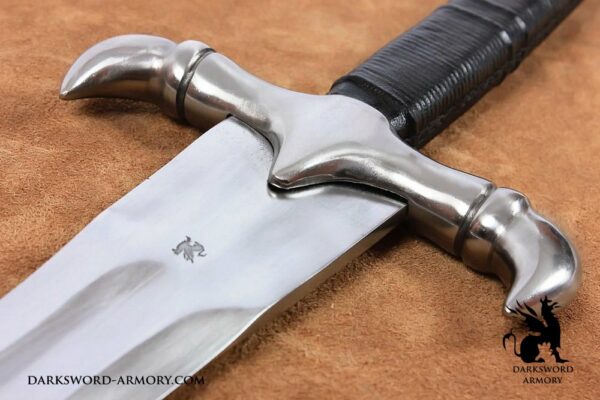 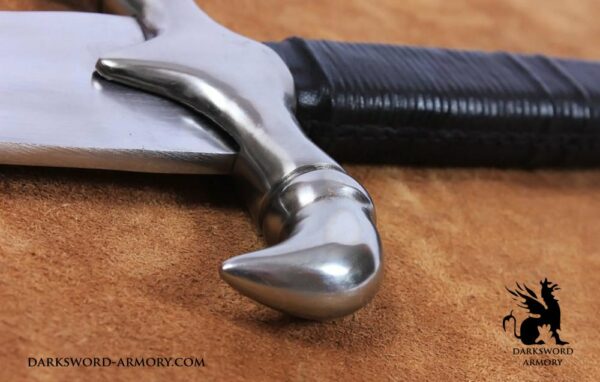 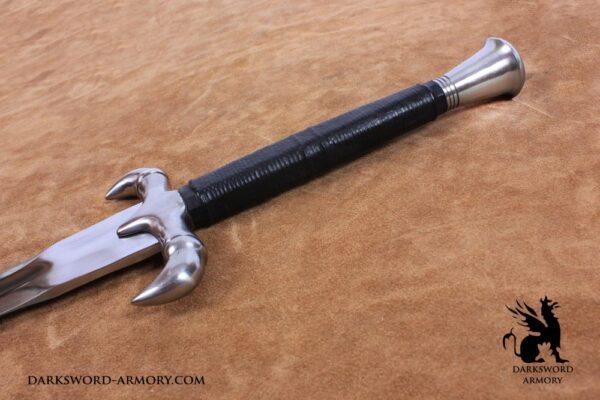 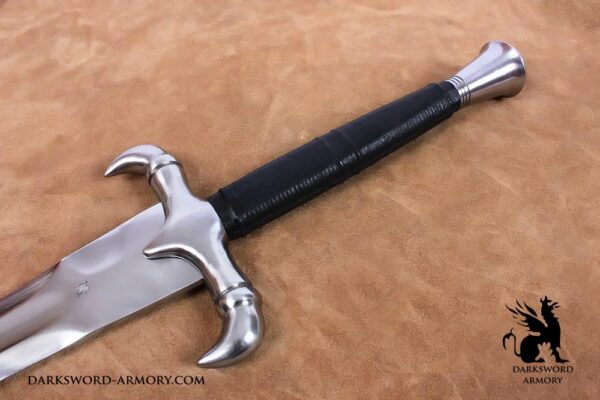 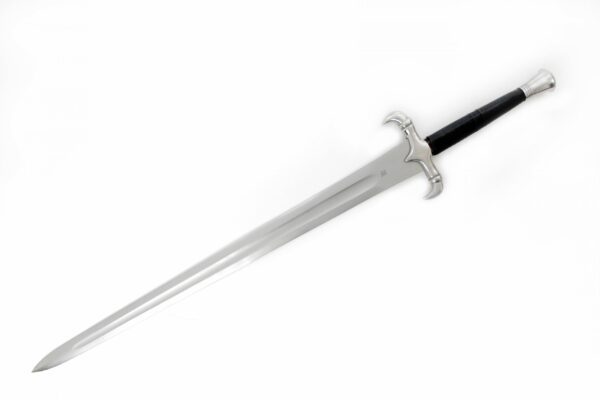 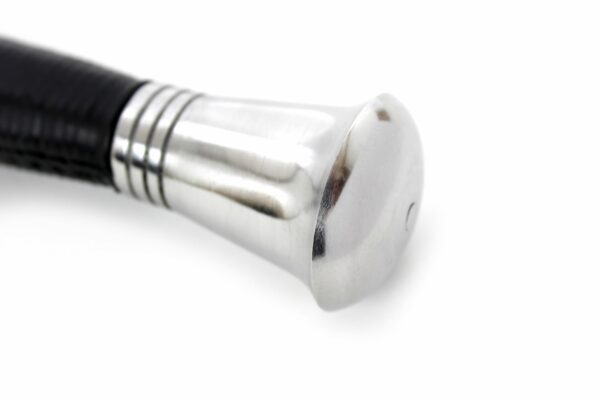 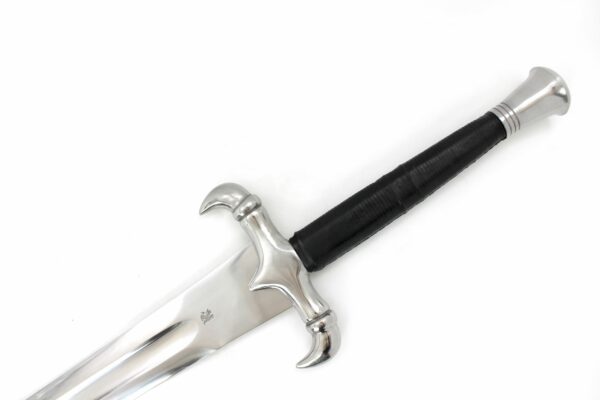 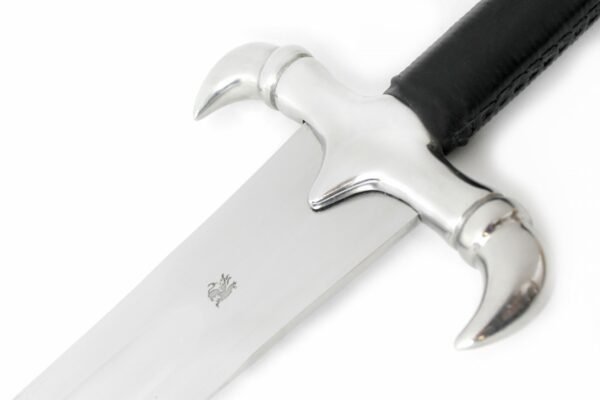 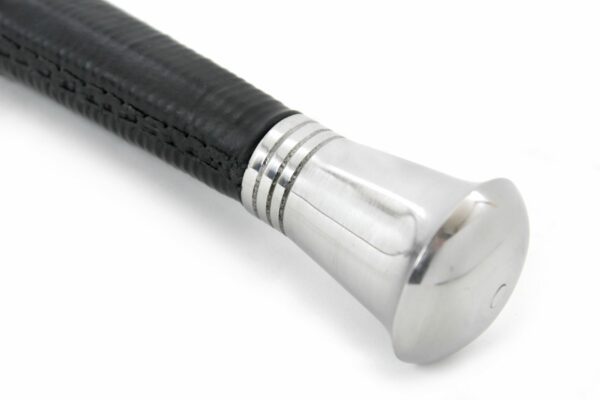 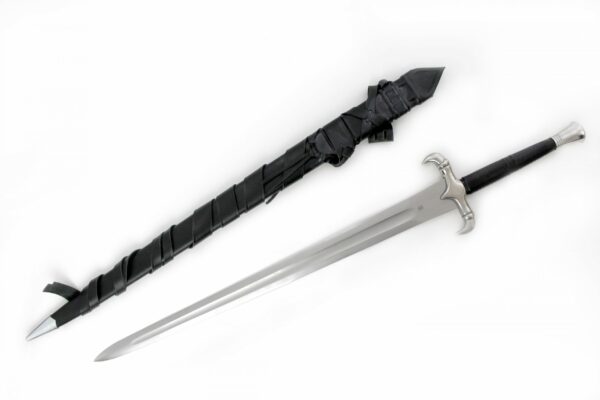 The Guardian fantasy sword is Darksword Armory’s take on the quintessential medieval fantasy weapon. Inspired by the myths and legends of the fantasy realm, the Guardian is a powerful and robust sword for heroes among mortals. A long, two-handed cutting weapon, the Guardian’s well-weighted blade is capable of cutting down the hardiest of foes. Forged from tempered 5160 steel with a beefy full tang, the Guardian is one of our most frequently purchased swords and may be the most popular fantasy design we’ve ever produced.

The sword has long been a focal point in myths, legends, Norse Sagas, and fiction. From Homer, Beowulf, Icelandic Sagas to modern fantasy fiction, the sword is the foremost symbol of strength, leadership and power. Throughout history the sword conjures great inspiration, awe and respect. At different times in history the sword was considered a noble, aristocratic weapon, a weapon of war, and a deliverer of justice. The Roman Empire long considered the “Spartha” as a symbolic focal point of the Army’s supremacy. During in the Middle-Ages, the sword not only elevated squires to Knighthood, but served as a symbol of strength, integrity and honour.

In modern times, representation of swords as a symbol of power endures. From Conan, The Elric Sages, The Chronicles of Corum, and David Gemmel’s Waylander, the symbolic power of the sword remains. One need only look at the wild success of television and film series like HBO’s A Game of Thrones or Peter Jackson’s Lord of the Rings film trilogy to see how even in today’s day and age cultures around the world still have an obsession with sword-and-sorcery fantasy tales.

Darksword Armory has reproduced some of those swords from fantasy fiction, but our Guardian sword has a special place in our hearts. For one thing, it was designed and named by friend of Darksword Armory Jason Woodard. For another, it is a completely original fantasy design, not based on any from book, film, or television. Unlike our Lord of the Rings and Game of Thrones inspired swords, the Guardian is unique – you won’t find it anywhere else.

The name of the sword was chosen by former Factory X designer, Jason Woodard, who explained it as such:

My Name ‘Woodard” was originally derived from the Old English words “wode”, meaning wood, and ward “Guardian”. In other words it was a name given to a forester, a guard, or a protector. An historical usage of the name goes back to the battle of Hastings, where one Commander “Woodard”, was granted lands by King William for his assistance during the battle. I have owned my security guard business for over 15 years and enjoy hunting and hiking in the woods, so perhaps it must run in the family?

The Guardian is modelled after late medieval two-handed swords, with a fantasy twist. A broad, flat blade terminating in a sharp point results in a weapon ideally intended for sweeping slashes, yet able to thrust when the need demands. The short, unsharpened ricasso can be gripped “half sword” to this effect, granting greater handling capabilities. Individually hand forged with 5160 High Carbon Steel and skillfully engineered to take considerable abuse, the Guardian is a resilient, battle-ready weapon.

What really sets this sword aside, though, is the dragon claw guard. The twin upcurled talons of a fearsome wyrm grace the hilt, simultaneously protecting the hands and proclaiming the savagery of its bearer. Dragons are yet another fantasy trope that are seen both mythologically and in fantasy fiction, and this sword evokes their powerful nature.

The Guardian sword is more than a mere fantasy weapon. It is a powerful, functional fantasy sword for the ages.

515.00 USD – 670.00 USD
Select options
We use cookies on our website to give you the most relevant experience by remembering your preferences and repeat visits. By clicking “Accept”, you consent to the use of ALL the cookies.
Cookie settingsACCEPT
Manage consent