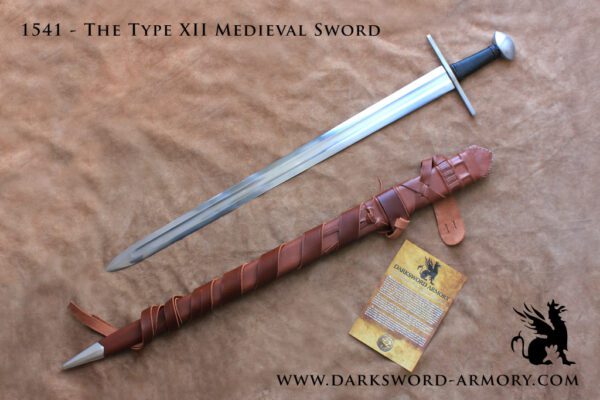 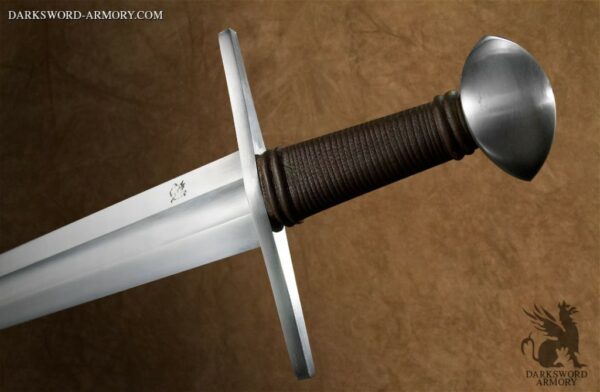 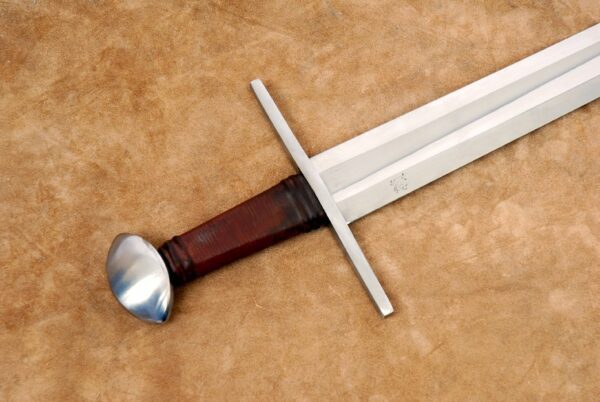 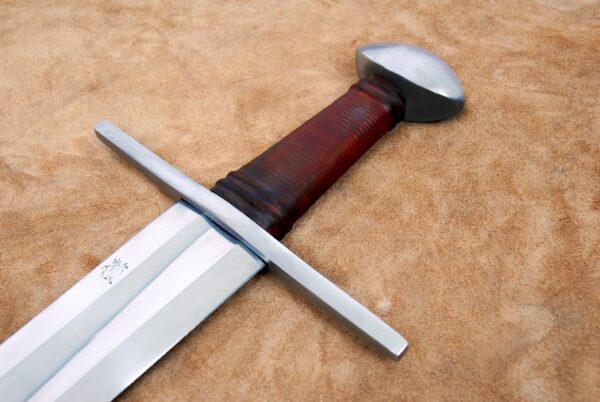 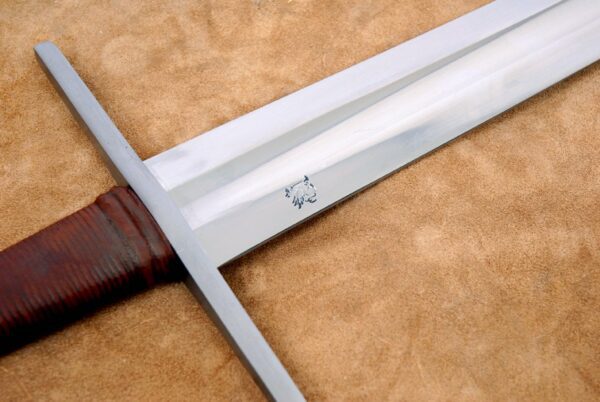 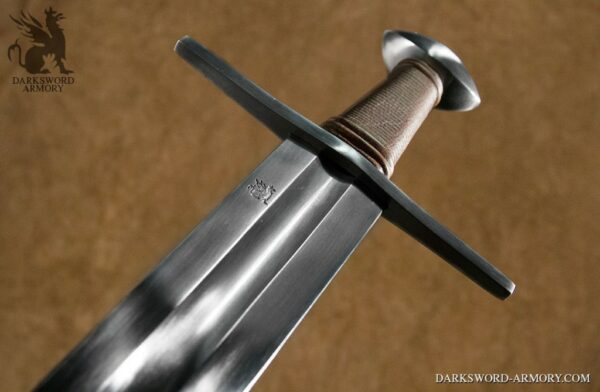 A true classic: the Type X is one of the most recognizable swords from medieval art. Renowned as an archetypal knightly sword. The cruciform hilt would be widely used across Europe during this period, and the Type X is where this look originated. A transitional weapon, it marked the evolutionary leap from the weapons of the Viking era to the cut-and-thrust arming swords of the Middle Ages.

SKU: N/A Categories: Medieval Swords, One Handed Sword
During the 13th and 14th C. Type X Sword, dedicated to the cut as opposed to the thrust, became the norm. Slightly more tapered than the swords preceding the 13th C, type X medieval sword displayed a shorter fuller, which improved the sword’s mass distribution. This newly engineered blade resulted in a sword capable of cutting as its predecessors, yet superior in the thrust.

Based on the swords of the late 13th, century, the Type X medieval sword is an interesting example. While the straight guard and the Type X blade (Oakeshott) was not an unlikely pairing, the fitting of a “Brazil Nut” pommel, seen mainly on medieval swords of Germanic regions of Europe, makes this weapon unique in its own right.

Sword Typology is, as the saying goes, more of an art than a science. Distinguishing categories of swords when the differences are often so subtle can be extremely challenging, and as a result several different systems of classification exist. Earlier swords – those from the Viking era – were typically classified according to Elis Behmer or Jan Petersen’s typologies. Petersen’s typology, the most widely used by students of Norse art and weaponry, utilized Roman numerals to classify the varieties of Viking swords. Later, sword scholar Ewart Oakeshott would continue Petersen’s typology into categorizing the wide variety of medieval swords from European history.

The Type X is the first sword in Oakeshott’s typology and the last sword in Petersen’s. As Oakeshott himself said in his book “The Sword in the Age of Chivalry,”

I have tried to work out some simple way of clearly differentiating my own Type X (ten) from Petersen’s Type X, but nothing can really be done. Perhaps the crossing, as it were, of the two typologies at this point, at a sword-type common to both, may be regarded as a pivot around which the two may swing in harmony (p. 28).

Type X swords that have been recovered typically were constructed with a wheel-shaped pommel. However, an alternate version of the Type X was frequently depicted in art (and many surviving examples) with an oval-shaped pommel usually called a “Brazil-nut” pommel. This variation was very popular in Germanic regions as it appeared regularly in manuscript illustrations and art from that area. The image below, also from Oakeshott’s “The Sword in the Age of Chivalry,” (p. 30) is one such example.

The Type X swords are among the most common surviving specimens of all medieval weapons. Various examples are currently on display at the Tower of London, The Brittish Museum, The Walllace Collection, The Musee de l’armee and the Royal Ontario Museum.

Being widely coveted among serious collectors, we chose to recreate one of the most opulent examples of the type X swords. Elegantly designed, with aesthetically balanced Brazil-nut pommel and guard, the Type X is classically styled to complete any collection.

Made to our standards of quality and durability, the Type X sword is built to last. The blade, forged with 5160 High Carbon steel and dual hardened, delivers devastating blows capable of slicing as well as thrusting. 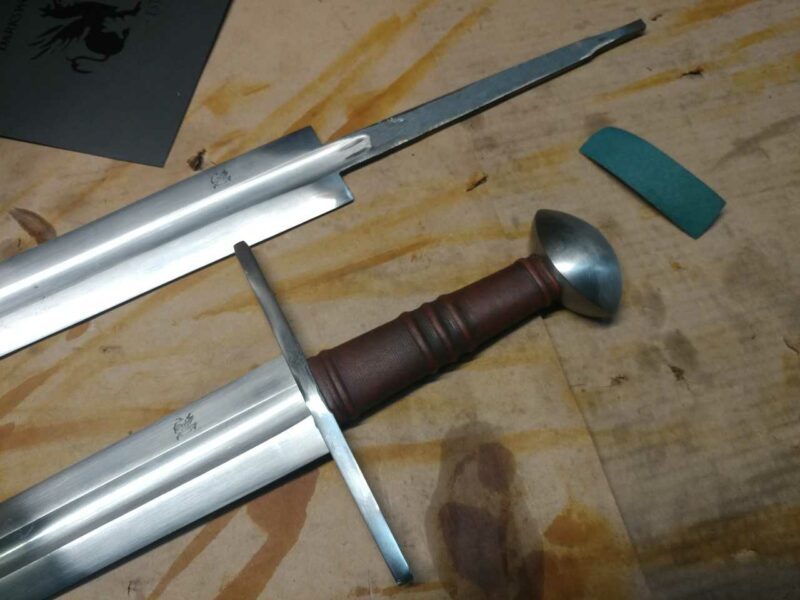 Rated 4.86 out of 5
615.00 USD – 775.00 USD
Select options
We use cookies on our website to give you the most relevant experience by remembering your preferences and repeat visits. By clicking “Accept”, you consent to the use of ALL the cookies.
Cookie settingsACCEPT
Manage consent