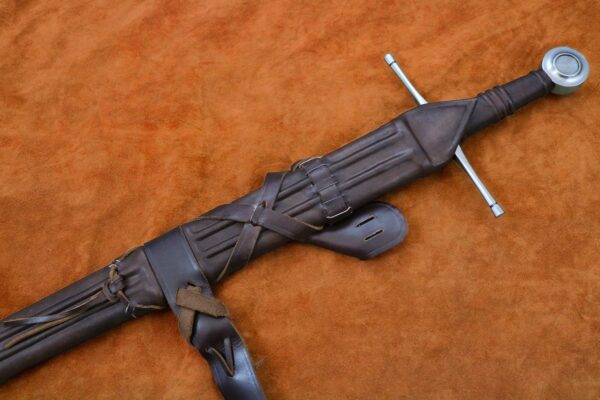 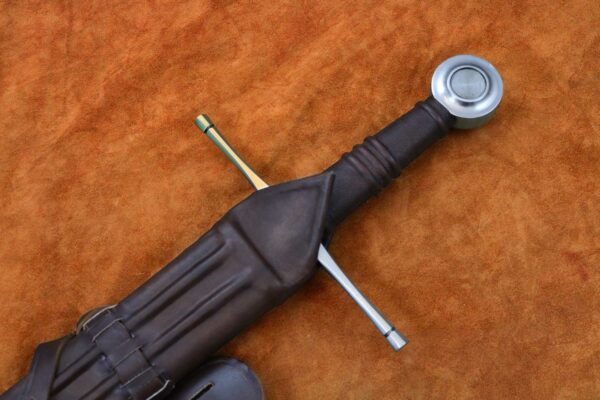 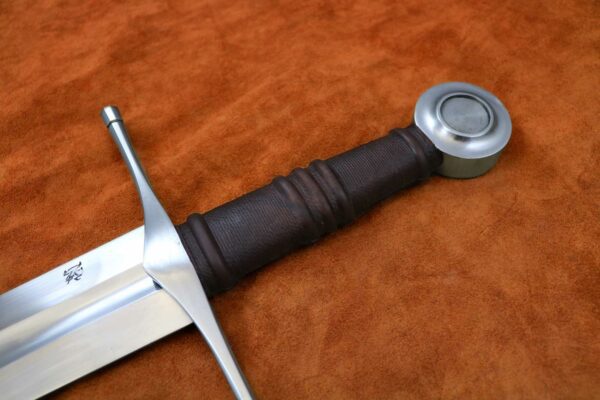 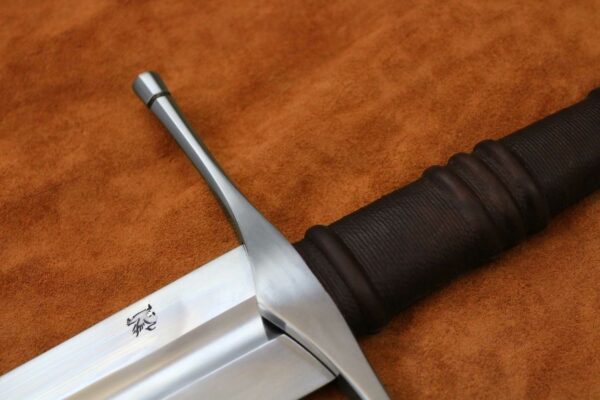 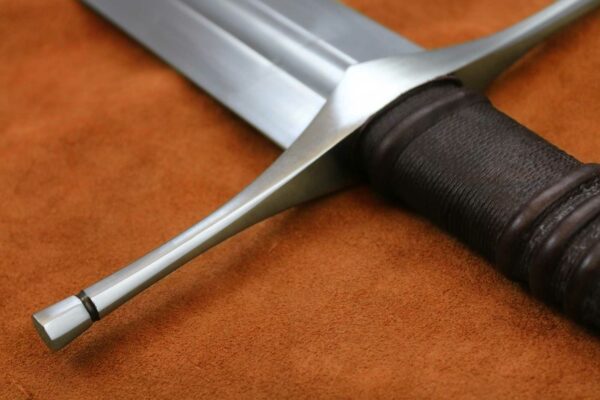 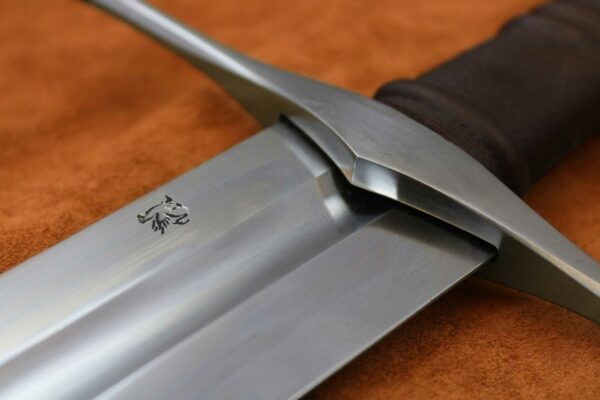 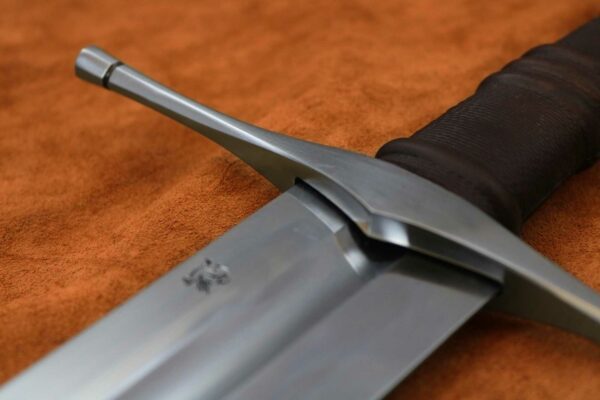 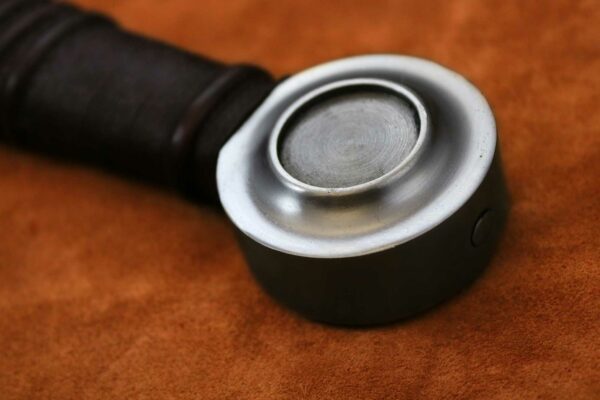 With its iconic crucifix guard and wheel-shaped pommel, the Norman sword (1000-1300 AD) is arguably the most recognizable sword in human history. The Norman or Crusader sword (Type Xa) is frequently depicted in medieval art including the Bayeux tapestry (an historically rich and important embroidery that depicts the Norman Conquest) and commonly exhibited in various Hollywood blockbuster films. Long studied by scholars, the Norman sword is what many people picture when they imagine a “standard” medieval European sword. Darksword Armory’s reproduction of the Norman sword is given a modern upgrade with heat-treated 5160 steel. This well-balanced piece is as battle-ready as the originals would have been, and pays homage to the classic design found in art and history….(Read more)

The Norman invasion of England is arguably the most defining event of Britain’s history. The blending of Norman culture with the pre-existing Anglo-Saxon heritage of the British Ilse (not to mention the Celtic peoples present at the time) represented a massive change on every level of society. The Norman peoples, descendants of the Norse, were a distillation and refinement of their Viking ancestors. Nowhere was this more clear than in the weaponry they developed, which changed close-quarters combat for centuries afterward.

Prior to the 10th century, long-bladed weapons used in Europe fit into Petersen’s typology of the Viking sword – relatively uniform blade types with different styles of hilt. The transition from these weapons to the swords of the medieval period took shape between the 10th and 11th centuries. While the blade geometry remained relatively constant, the main changes were a gradual transition towards a crucifix guard and wheel pommel. The geometry of the swords found from the 12th century clearly defined the classical examples of the Norman swords and image of the “chivalric knight”.

This transition did not reflect a new artistic flavour, but rather came from the shift from pagan to Christian society. The Normans were the descendants of the Scandinavian Norsemen who raided the European coastal settlements at the outset of the 8th century. Despite the Norman’s conversion to Christianity and their adoption of Frankish customs, the Normans retained many of the traits of their Germanic ancestors and way of life. 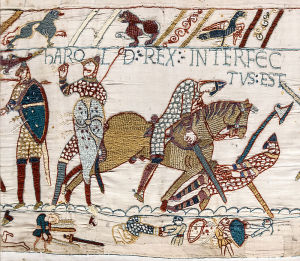 It is in this period that Ewart Oakeshott’s typology begins to track and define the evolution of the medieval sword. Type X, the first type in Oakeshott’s typology, represents the transitional design that links the previous style of longsword to the medieval designs. The Norman sword, sometimes referred to as the crusader sword, typically classified as a type Xa or type XI, had slightly evolved from a type X. Having a narrower fuller and slightly sender blade, the medieval sword of the 11th Century was still largely a slashing weapon, as its’ earlier counterpart. It was not until the end of the 12th century that we see a more defined tip, transforming the medieval sword into a thrusting weapon.

While the blade transitioned into a slightly more tapered and pointed tipped weapon, the cross guard and pommel were the main transitional changes. While the accentuated tip came from years of first-hand combat experience, necessitating a more functional tip for thrusting, the guard emerged as a change in religious beliefs (evocative of the Christian cross). The amalgamation of both transitions resulted in a lighter, more versatile weapon that allowed both slashing and thrusting during close quarter combat. The transitional crucifix guard turned out to be a defensive advantage over the Norman sword’s predecessor, the Spatha. Not only did the longer quillons of the sword provided better blocking capabilities, it also provided the fighter a blunt stabbing weapon in the trenches of close quarter combat. The Norman sword’s longer guard therefore proved more effective for both defensive and offensive functions.

The crusader sword (Type Xa) may have had a relatively conservative geometry, it nevertheless introduced a better balance and was more graceful in form. While generally, the same proportions as their earlier counterpart, the swords of the 11th c had more tapered narrowing blades making them easier to wield. This transition was not only due to the changing fighting techniques, from slashing to thrusting, but also due to the advent of heavier armour and cavalry.

The Norman Sword is finely engineered for the most discriminating collector. Designed for actual medieval combat, our staff conceived the Norman sword with a responsive, well balanced and resilient core. The hand-crafted blade, wheel pommel and guard have been designed from originals, conserving the authenticity and “feel” of the originals. The Norman sword is not just a reproduction: it is a recreation of one of the most important swords of human history.

Rated 4.00 out of 5
600.00 USD – 710.00 USD
Select options
We use cookies on our website to give you the most relevant experience by remembering your preferences and repeat visits. By clicking “Accept”, you consent to the use of ALL the cookies.
Cookie settingsACCEPT
Manage consent