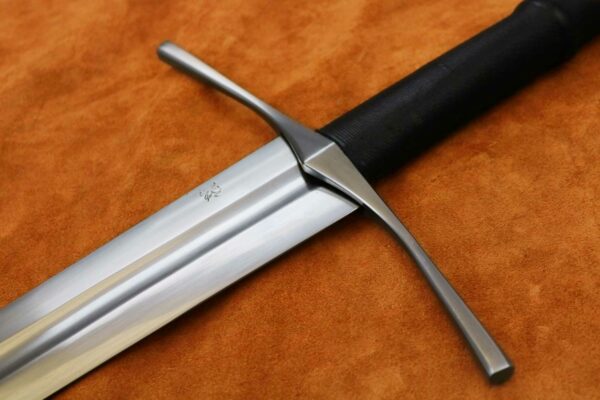 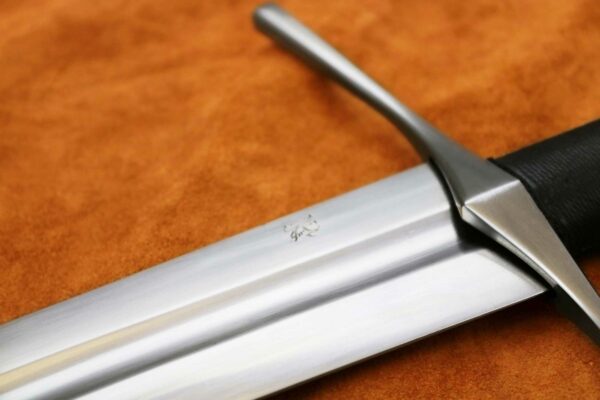 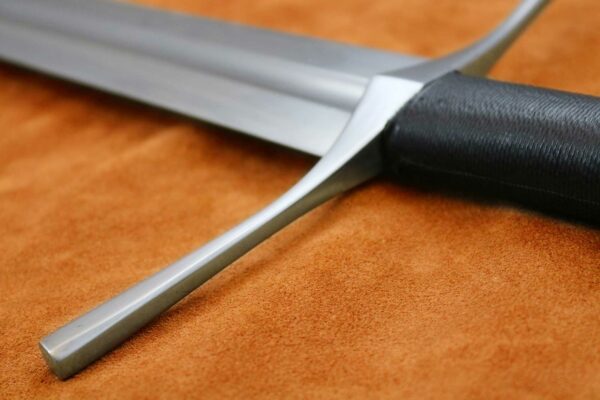 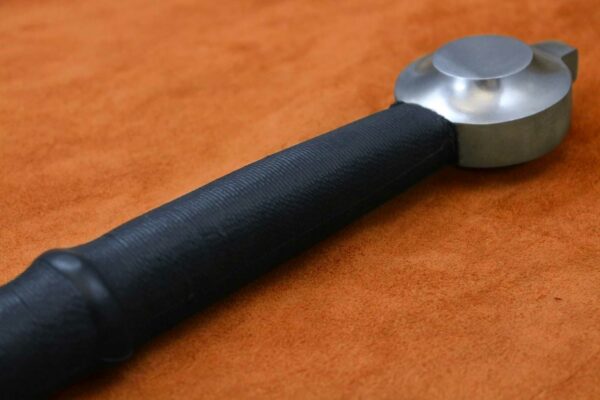 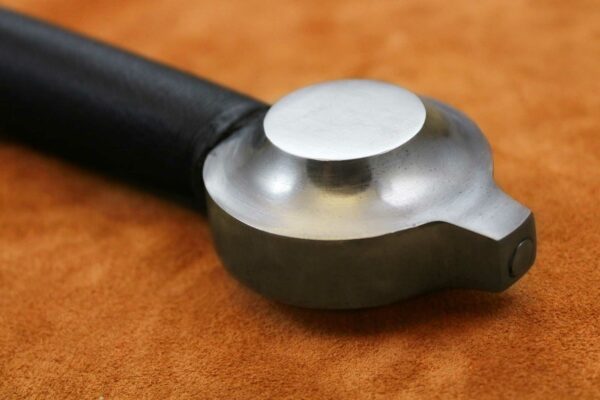 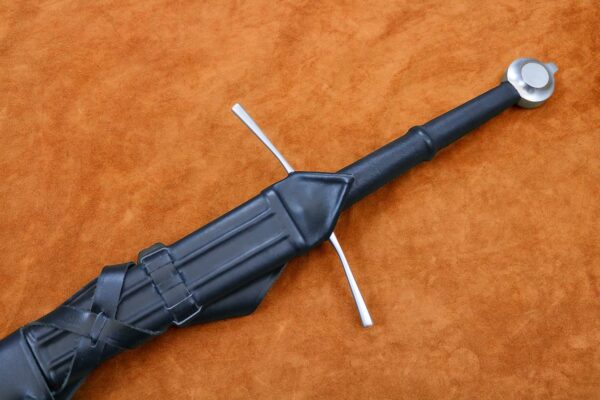 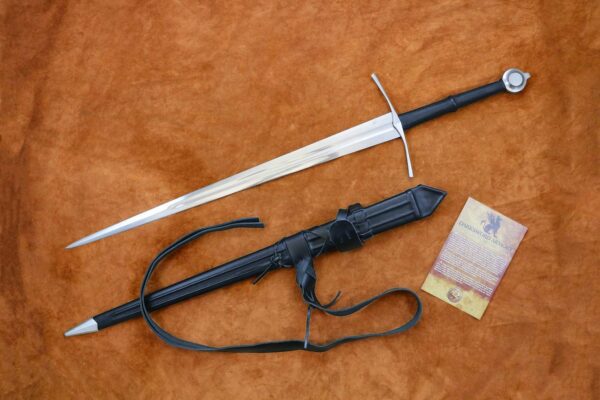 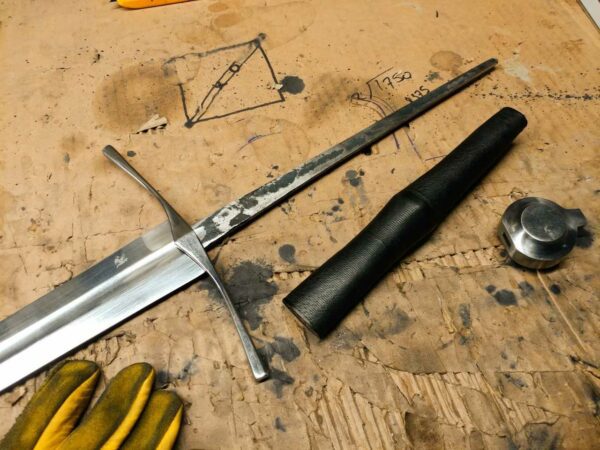 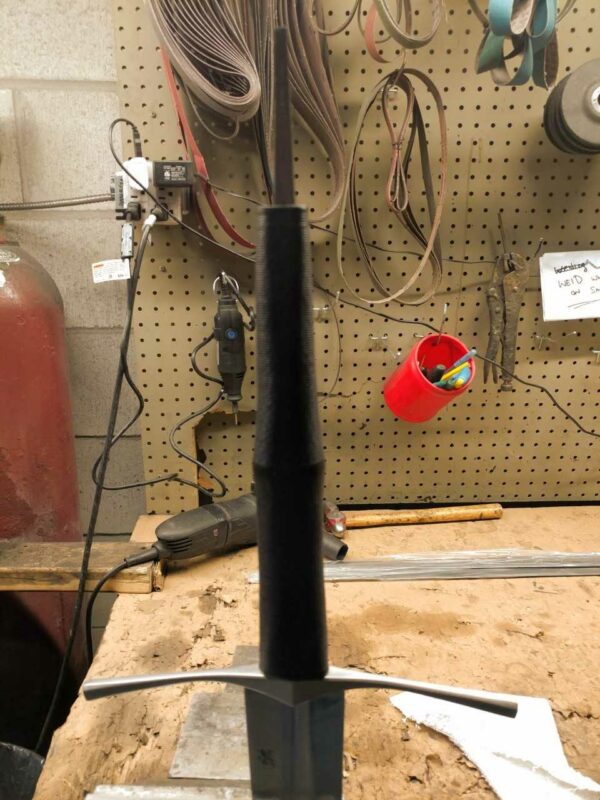 The Medieval Knight Bastard Sword is a classic example of the Medieval swords found during the later part of the 14th C. These battle ready swords, along with their historical counterparts were commonly used by the nobility during the 100 years war, between England and France (1337 to 1453) .

The Medieval Knight Bastard Sword is a classic example of the Medieval swords found during the later part of the 14th C. As the European longsword developed through the middle ages, it adapted to suit the needs of the wielders. Early in the Medieval period the classic knightly sword was more commonly of the “arming sword” variety – single handed and double edged, meant to be wielded with a shield. As armor quality increased single handed swords as primary weapons became less effective, and were relegated to the position of sidearm. Longswords and two-handed sword became more prominent, being more effective against armored foes and more versatile in combat. An example of when these swords were commonly used would be by the nobility during the 100 years war between England and France (1337 to 1453).

The term “bastard sword” refers to any sword that can be used with equal effectiveness with either one hand or two; with one hand to pair with a shield or for extra reach, or with two hands for greater power and maneuverability. This particular reproduction by Darksword Armory is based on an original found in the Royal Armouries in Leeds, England. A fully battle ready type XIV blade tapers decisively from the hilt to along and graceful point, complimented by a deep fuller that travels roughly 2/3the length of the blade. The guard is gently sloped from the hilt, which is wrapped in leather. A classic wheel pommel, common to the type XIV, completes the sword.

The Medieval Knight blade, crafted with a sharp taper, was common during the medieval swords of the 14th C. These highly tapered blades were engineered to counter the ever increasing plate armors emerging during the start of the 14th C. To offset these defensive measures, swords with long, narrow, deeply tapered blades and reinforced thrusting tips were favored, not only by the German and Italian armies, but also by the English, and later the French. While keeping the traditional crucifix form, the Medieval knight bastard sword’s guard curves slightly to block and parry incoming blows.  The guard is individually crafted from mild steel and finely shaped with smooth, classically elegant octagonal lines.

The long hand-and-a-half handle allows the sword to be held in one or two handed fashion. While the base of the blade provides the strength to cut through opponents, the strong yet tapered tip allows for deadly thrusts, exceptional response and effective stabbing.

As with all our swords, the Medieval Knight Bastard Sword is a battle ready sword,  and is among our staff’s favourite medieval swords due to its clean lines, superb handling characteristics, and beautiful blade geometry.  It is authentic in every detail and classically elegant. The Medieval knight bastard sword will please even the most discriminating collector.

Rated 5.00 out of 5
640.00 USD – 800.00 USD
Select options
We use cookies on our website to give you the most relevant experience by remembering your preferences and repeat visits. By clicking “Accept”, you consent to the use of ALL the cookies.
Cookie settingsACCEPT
Manage consent