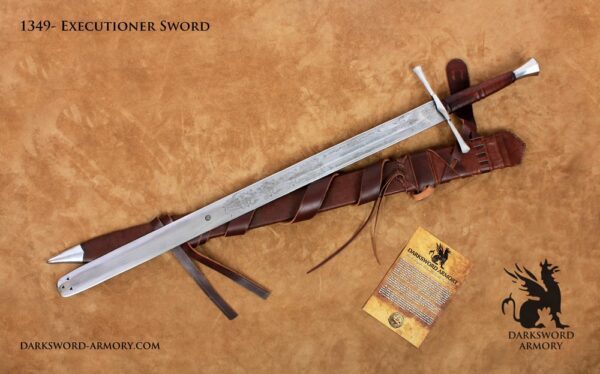 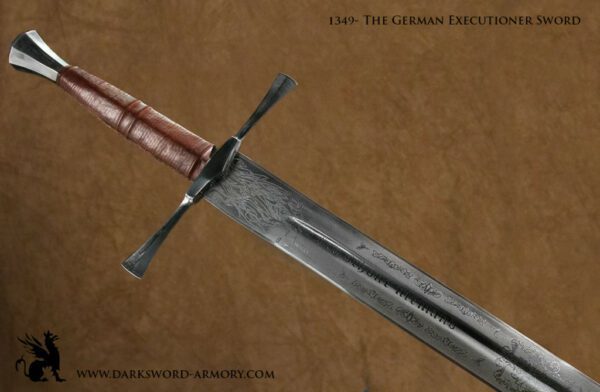 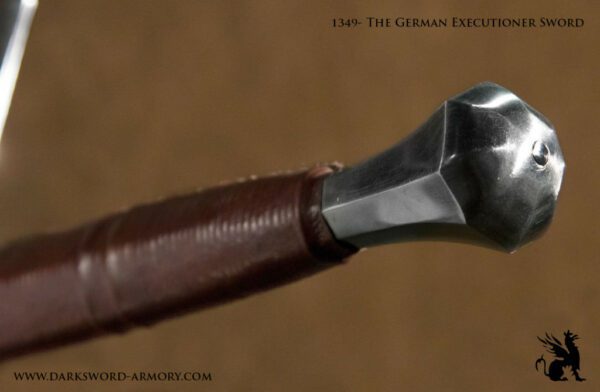 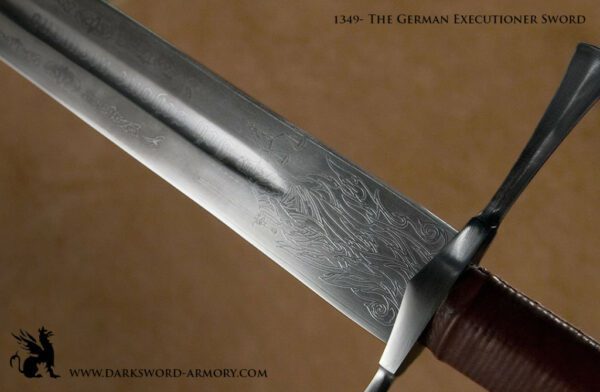 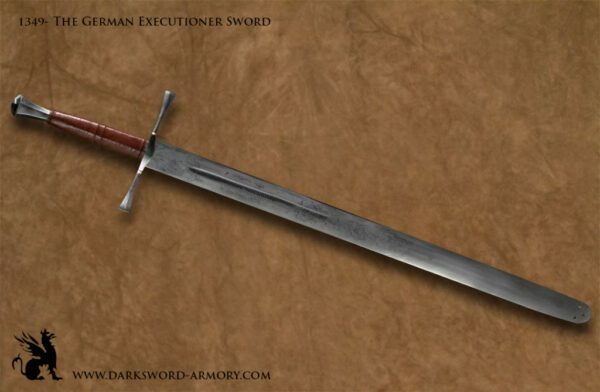 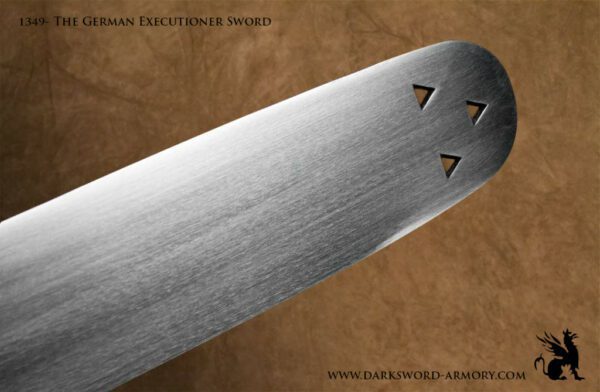 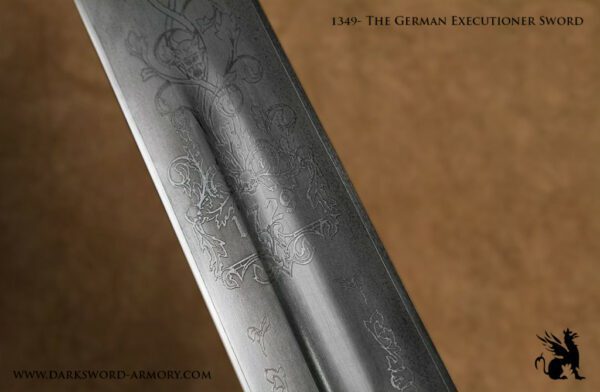 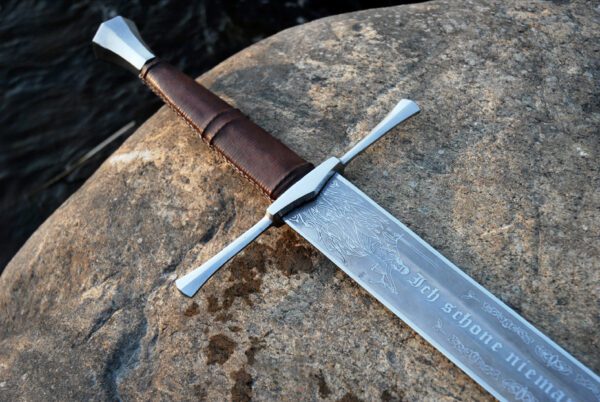 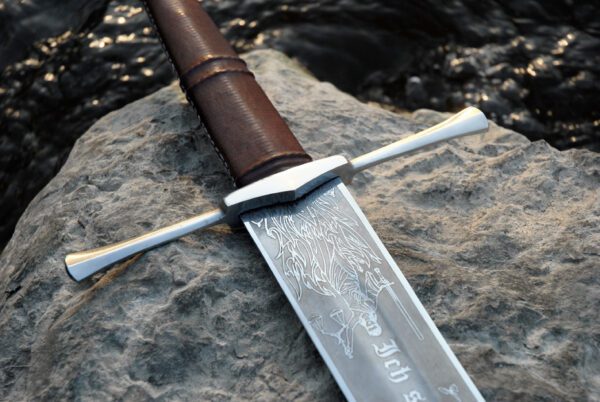 Historically, medieval and renaissance swords were weapons intended for close-quarters combat. Edge, tip and guard were constructed in a way to maximize the sword’s versatility and therefore the human-damaging potential. This was especially true with the thrusting capabilities of the medieval swords at the dawn of the medieval period. The Executioner sword however, was intended to decapitate its victims. Hence the tip, unlike military swords, was rounded. Some suggesting the symbolic form of an abrupt end of life. 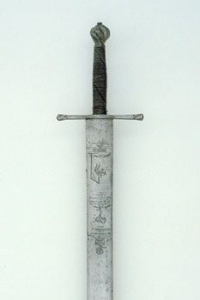 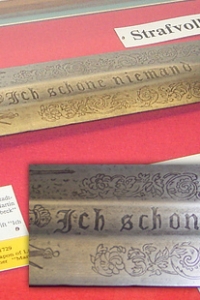