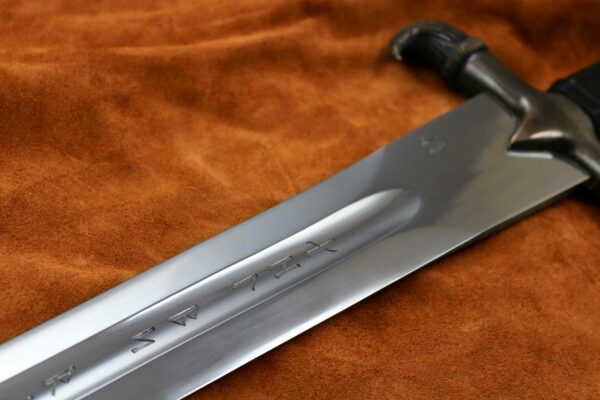 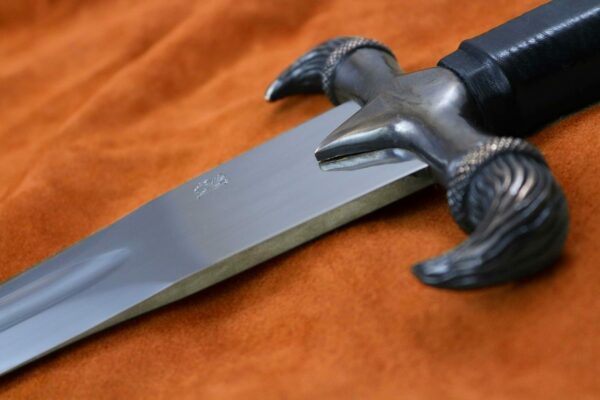 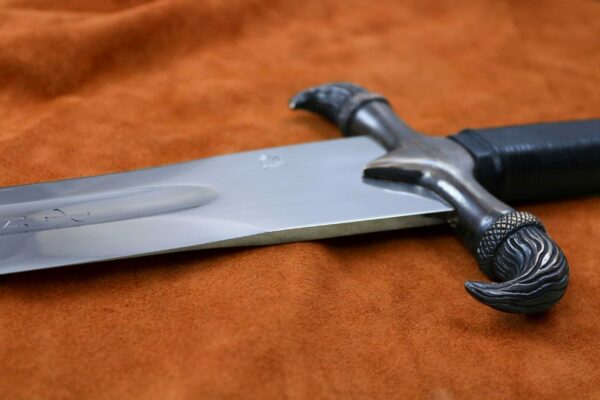 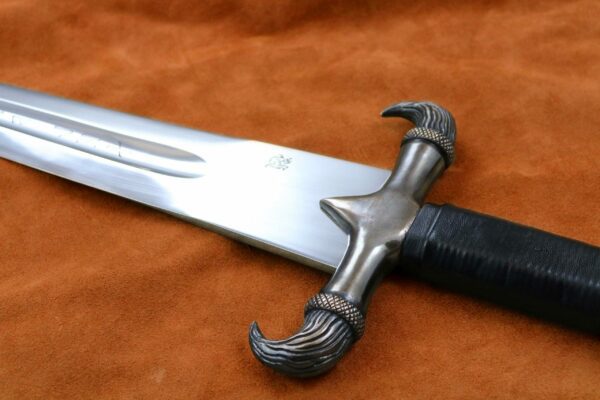 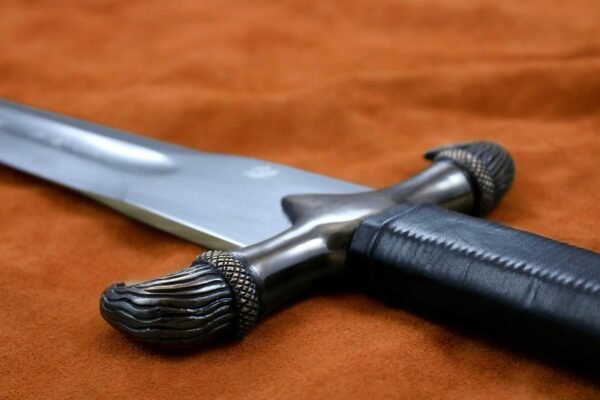 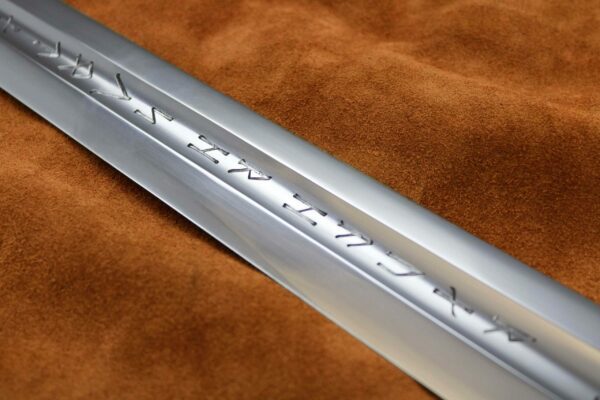 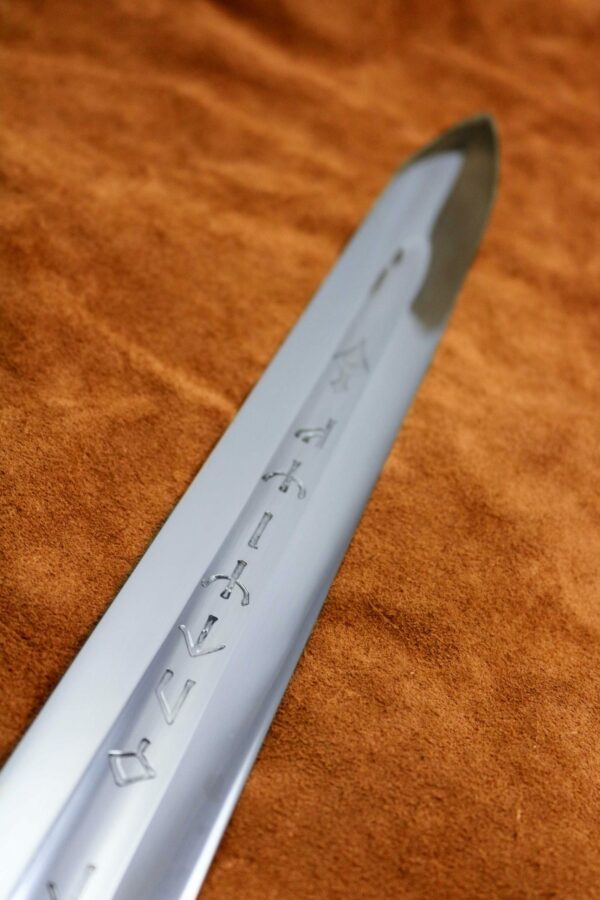 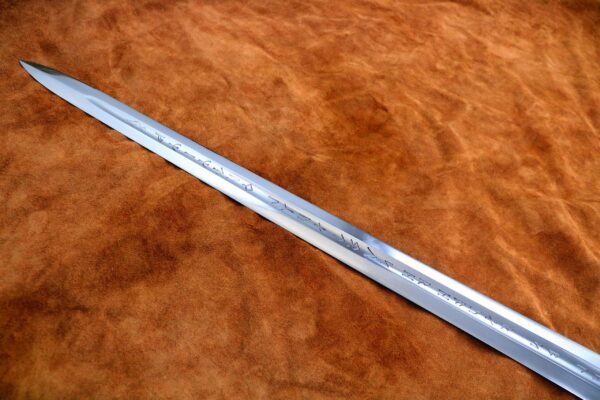 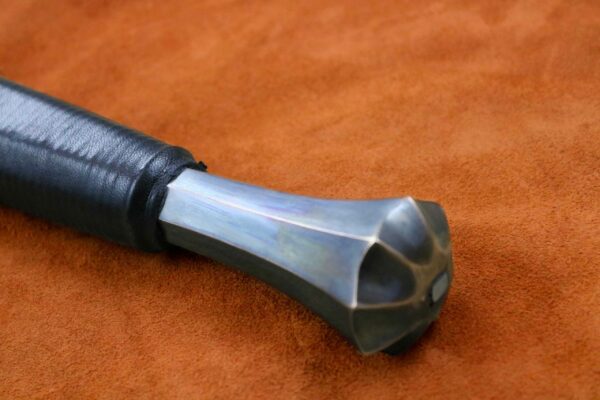 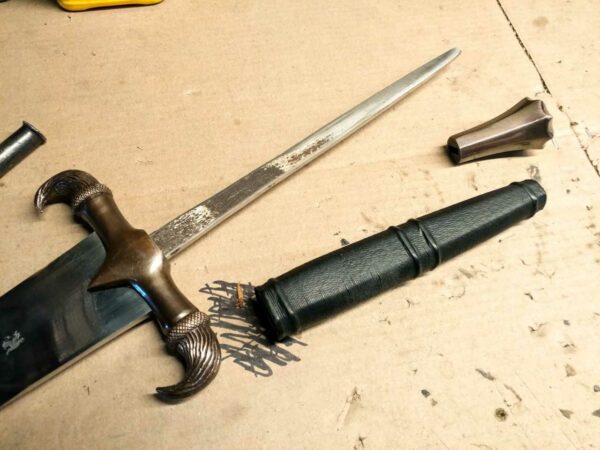 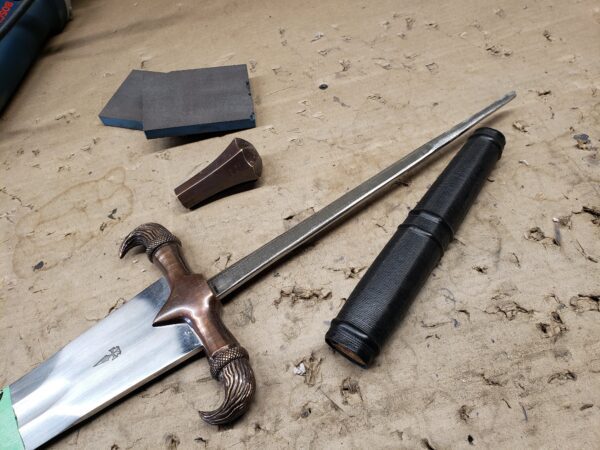 Skilfully engineered to take considerable abuse, the Erland Fantasy sword is a resilient sword that is virtually indestructible! Designed with a dragon claw like guard a broad engraved blade which reads “One Who Rides Alone” , the Erland fantasy sword delivers devastating blows. Inspired by the myths and legends of the fantasy realm, the Erland is a robust and affirmative sword of heroes among mortals!

“In normal times, evil would be fought with good. But in times like these, well, it should be fought by another kind of evil.” – Aereon, The Chronicles of Riddick

When we read fantasy stories, we often do it to escape. A rousing adventure story filled with danger, epic quests, and heroic escapes can distract us from the drudgery (or the difficulty) of our everyday lives. These tales are most often filled with heroes – people who seek to rescue the princess, save the kingdom, find the magic sword, or undertake whatever obligations the tale might require. These heroes are people we look up to, who we idolize, and who we would like to come and rescue us if we needed it one day.

However, some stories are not about heroes. Heroes are generally good, and operate with overall positive systems of morality. Anti-heroes, on the other hand, aren’t necessarily good. They might even be bad – just pointed in a direction that furthers the plot and might bring down the villain’s plans. Maybe we don’t actually want the anti-hero to come and save us, since we know that when they do things don’t always go so well. Things get messy and there’s collateral damage, and the anti-hero doesn’t always care about the people they are rescuing necessarily – they might care more about killing their enemies or getting revenge than anything else.

Many classic anti-heroes exist in fantasy fiction, and their tales fill us with fascination. Conan was one of the earliest, depicted as a barbarian and a thief as opposed to a knight in shining armor. Fitzchivalry Farseer from Robin Hobb’s Elderlings is a royal bastard and failed assassin whose lies and poor choices wreck his every relationship. Geralt of Rivia from The Witcher book, game, and Netflix series is a killer for hire and initially has little interest in destiny. Thomas Covenant from Stephen R. Donaldson’s Chronicles of Thomas Covenant series might be the best (worst?) example, a prophesied saviour who winds up being a foul tempered, unrepentant rapist. And then there’s basically everyone in the Game of Thrones series.

Anti-heroes might not be good, or even nice. But they are also what we sometimes need – and may be more reflective of the real world than many other fantasy heroes.

The Erland sword, ‘outsider or foreigner’ in old Norse, personifies the modern vision of the anti-hero. The savage design was inspired by the dark artistic vision of artists like Frank Frazetta, Boris Vallego, and Seb Mckinnon. The art of Frank Frazetta especially depicts the image of the anti-hero and lone warrior with a sense of power, respect and authority amidst a precarious and treacherous world. Franzetta’s exquisite work includes famous paintings of Conan the Barbarian which defined a generation of fantasy artwork.

Individually hand forged with 5160 High Carbon Steel and dual hardened, the Erland sword is the new evolved edition of the Guardian Sword. This double-edged weapon is solidly built and would withstand considerable use by a fearsome barbarian. The dragon claw guard and heavy pommel are cast from solid bronze, giving the sword a forbidding look. As a full two-handed sword it would be best used in broad, sweeping cuts – or even cutting someone down off of a charging horse. It is a powerful, functional fantasy sword, one that would be evil’s worst nightmare in the hands of another kind of evil.

Rated 5.00 out of 5
804.51 CAD – 1,008.83 CAD
Select options
We use cookies on our website to give you the most relevant experience by remembering your preferences and repeat visits. By clicking “Accept”, you consent to the use of ALL the cookies.
Cookie settingsACCEPT
Manage consent