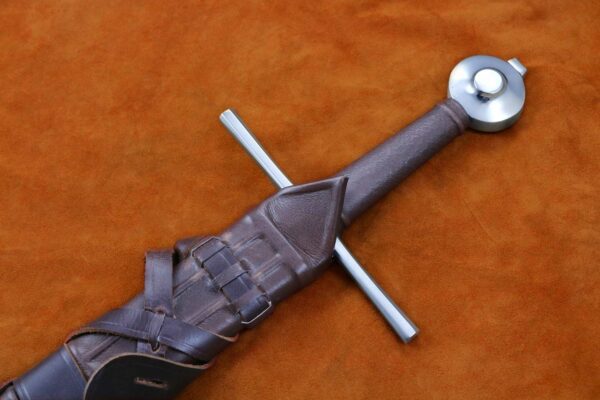 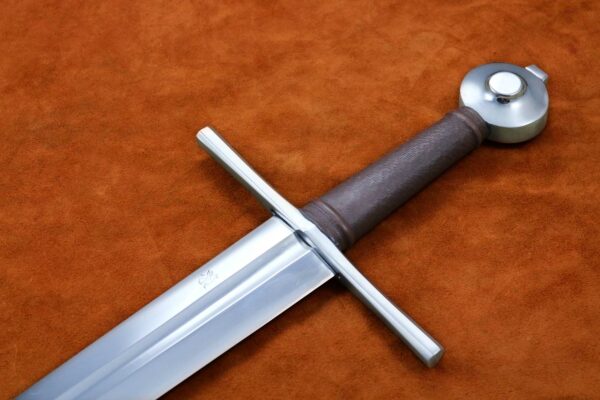 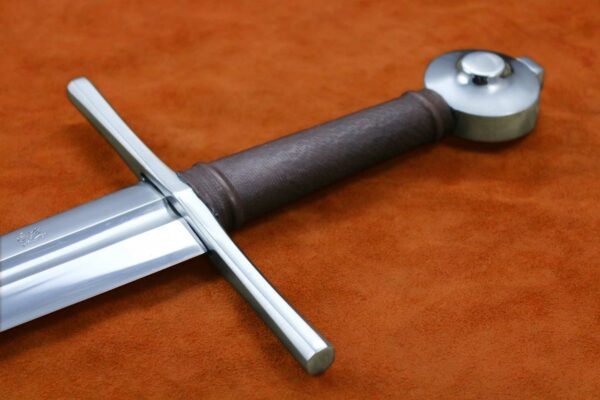 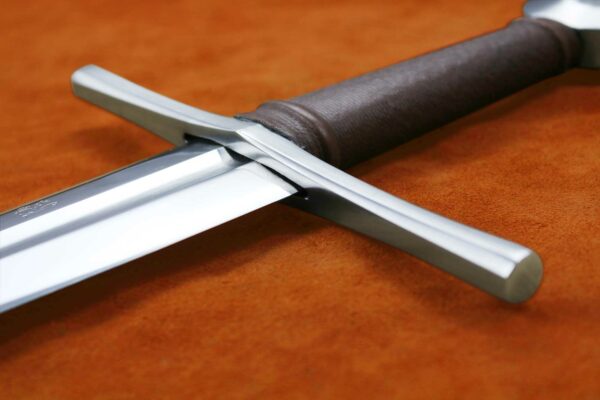 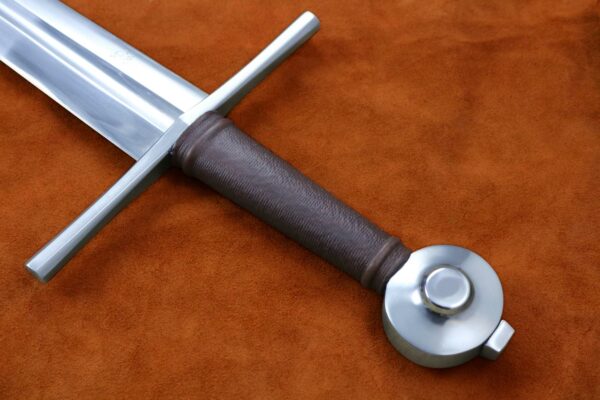 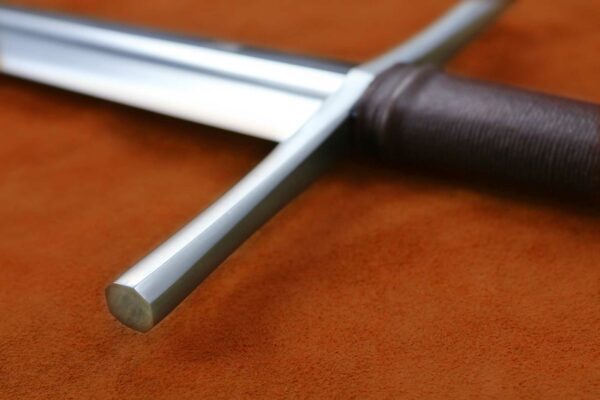 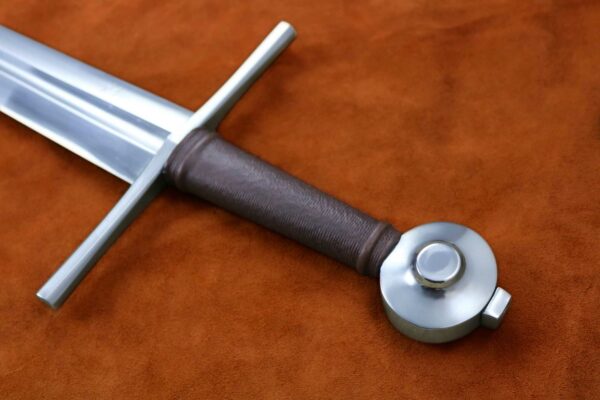 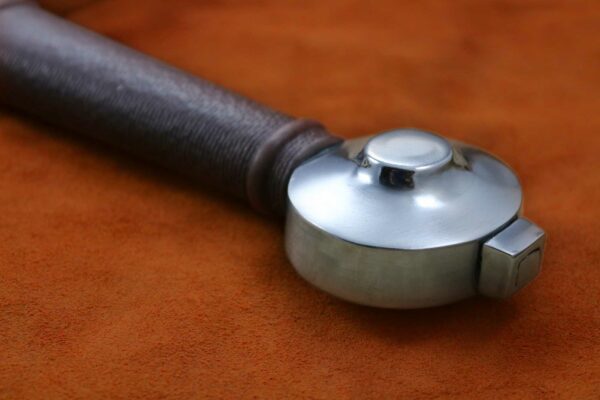 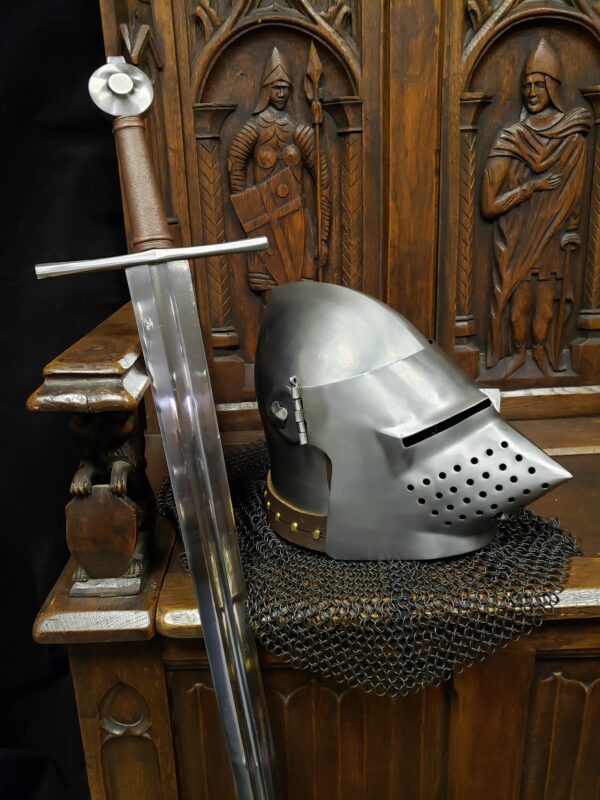 The Duke sword is inspired by an illustration in Eugène Emmanuel Viollet-le-Duc medieval encyclopedia, a masterwork of exposition and illustration. 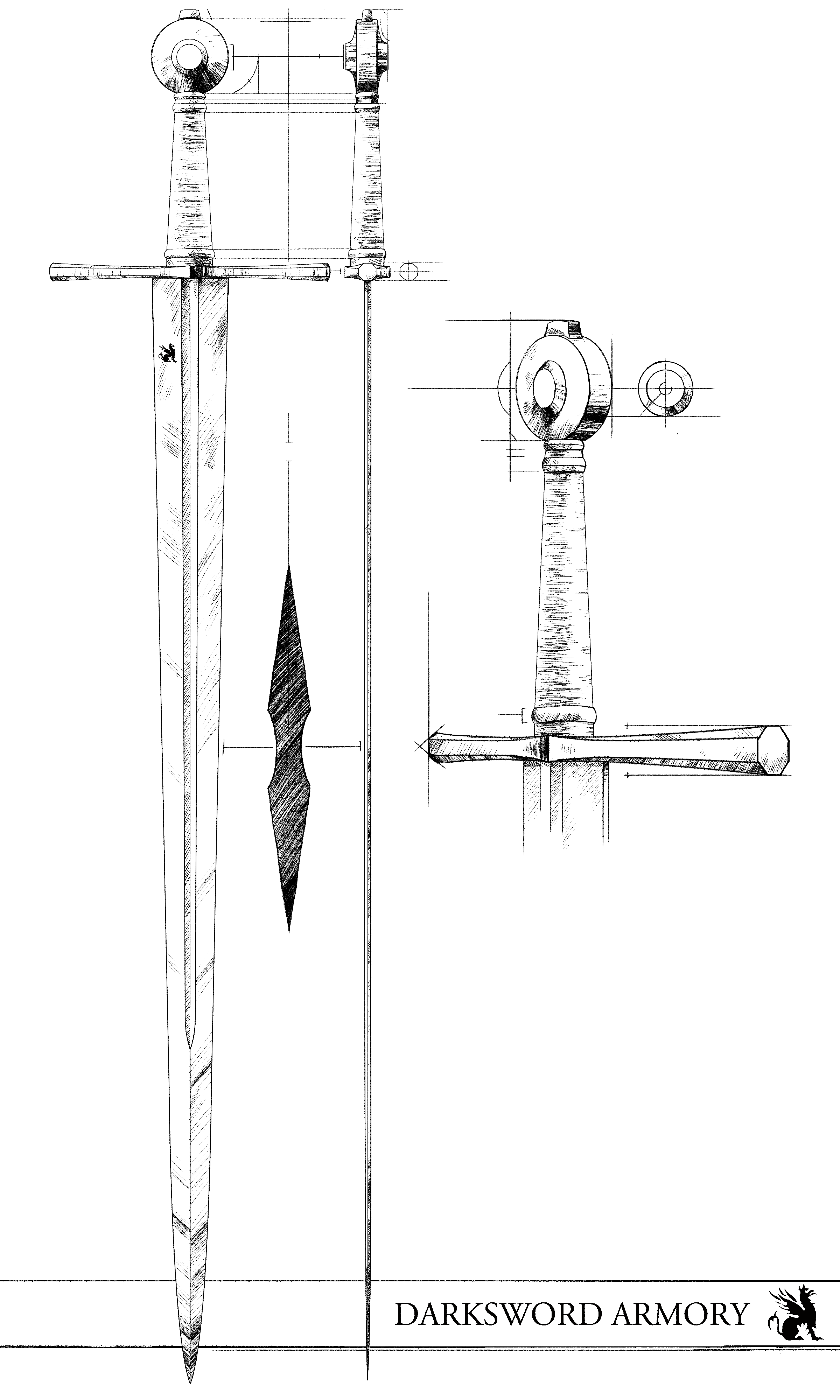 If you ask modern day sword collectors who the most famous and influential scholars of the medieval sword were, the typical answer you will get is Ewart Oakeshott (1916-2002). And it’s true – Oakeshott literally wrote the book on medieval sword types, and a whole system of classification (The Oakeshott Typology) is named after him. More advanced collectors may recognize the names Dr. Jan Peterson (1887-1967), who created a typology for classifying Viking swords, or Sir Robert Eric Mortimer Wheeler (1890-1976), who refined Peterson’s typology. Predating any of these scholars, however, is a man whose writing on medieval arms, armor, and architecture dwarfs many later historians’ bibliographies – though he is largely unrecognized by the modern sword collecting world.

Eugène Emmanuel Viollet-le-Duc was born in 1814 in Paris, France. He was an architect by trade, a brilliant one by all accounts, and an inspired artist and illustrator. While the architectural world knows Viollet-le-Duc as an architect, restorer of historical buildings and monuments (including considerable work on Notre-Dame Cathedral and many other famous landmarks), and as the first true theorist of modern architecture, he also wrote and illustrated some of the largest volumes in existence on the medieval sword.

The volumes Viollet-le-Duc wrote are breathtaking in their scope and depth. His extensive writings cover not only descriptions of different medieval swords and armor but tracks and explains their evolution throughout history, and his stunning illustrations compliment his writing expertly. Unfortunately, as his works were not commonly translated into English, the largely-anglophone sword collecting population remains ignorant of these incredible volumes and Viollet-le-Duc’s influence on medieval scholarship. Some translations exist, but copies are notoriously hard to find and prohibitively expensive.  In the English-speaking world, many of these works and completely unknown, and the incredible scholarship they contain can only be found by efforts of French-speaking individuals – such as us here at Darksword Armory.

The Duke sword is inspired by an illustration in Eugène Emmanuel Viollet-le-Duc medieval encyclopedia, a masterwork of exposition and illustration. A classic knightly sword, the Duke is designed to resemble the cruciform arming sword so often found in medieval art. The straight guard is expertly sculpted and subtle in its smooth lines. A double-edged, single-fullered blade departs slightly from Viollet-le-Duc’s illustration in that it has a less severe taper and termination. The pommel may appear to be a standard wheel-style pommel with peen block, but has in fact been made slightly oversized to counterbalance the blade. This brings the point-of-balance closer to the guard, resulting in a sword that is startlingly lively in the hand and that flows effortlessly from strike to guard. The Duke is one of our best attempts at recreating the knight’s arming sword, and we hope the great Eugène Emmanuel Viollet-le-Duc would be proud of us.