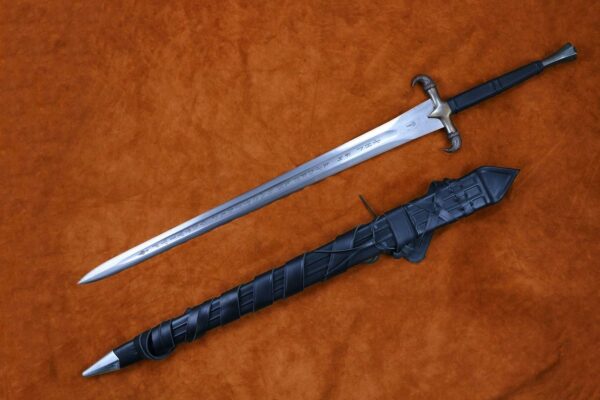 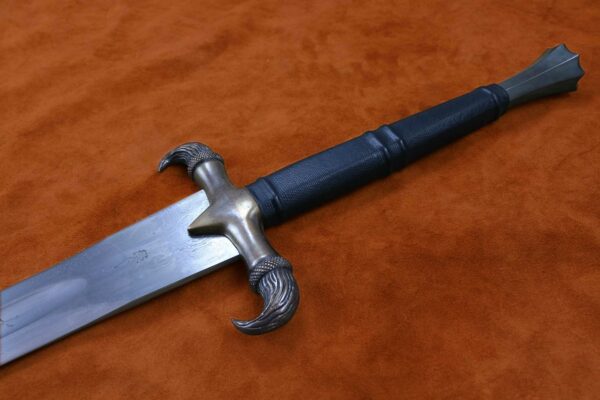 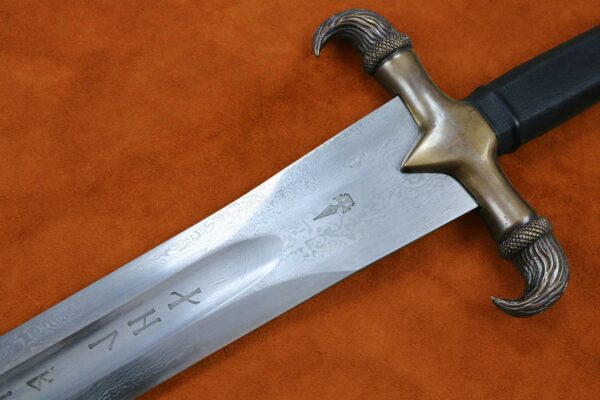 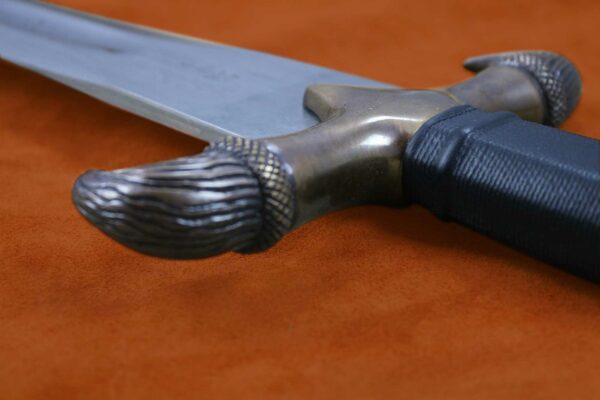 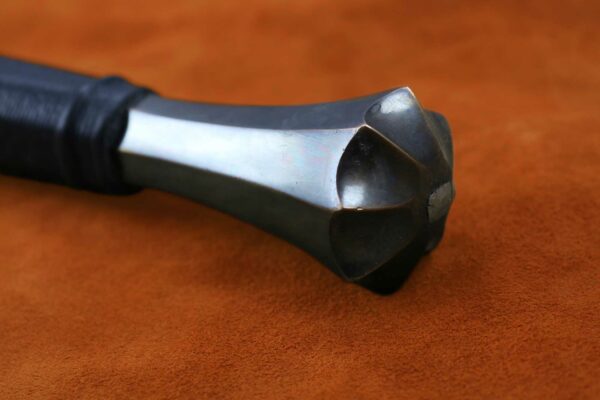 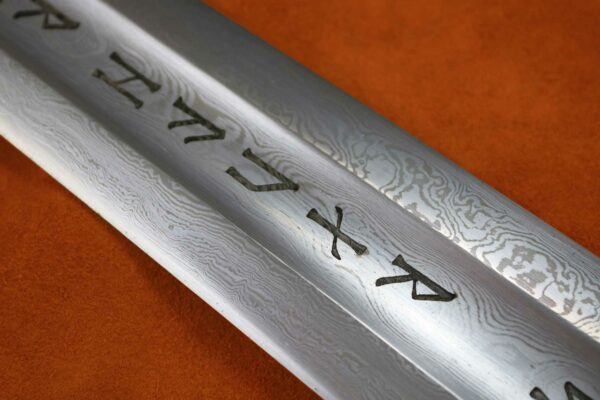 This is a folded steel version of he Erland Sword.   The blade is forged in the traditional Japanese folded steel method, creating a beautiful and original pattern, created by multiple layers and the folding and pounding of steel over and over again. These patterns and construction methods are the same as those of the traditional Japanese Katanas and seek to mend the gap between European and Japanese cultures. The beauty and artistic detail of folded steel is beautifully displayed in this piece.

Skilfully engineered to take considerable abuse, the Erland Fantasy sword is a resilient sword that is virtually indestructible! Designed with a dragon claw like guard and broad blade, the Erland fantasy sword delivers devastating blows. Inspired by the myths and legends of the fantasy realm, the Erland is a robust and affirmative sword of heroes among mortals!