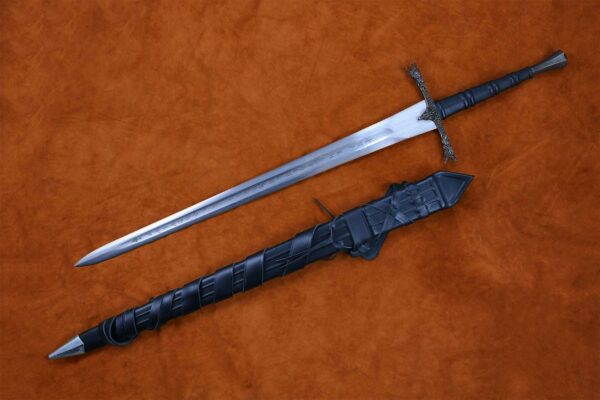 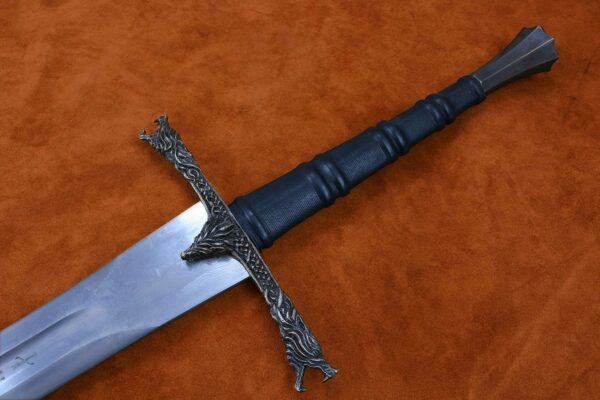 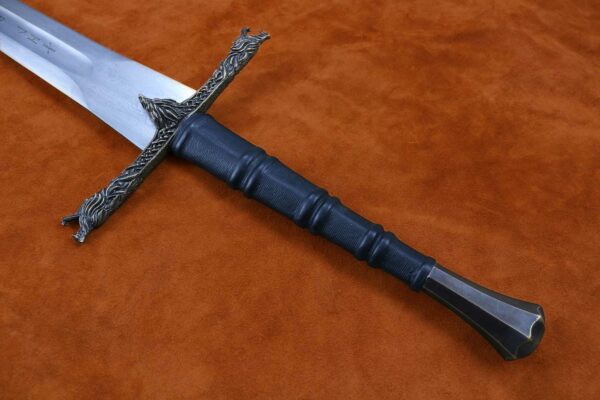 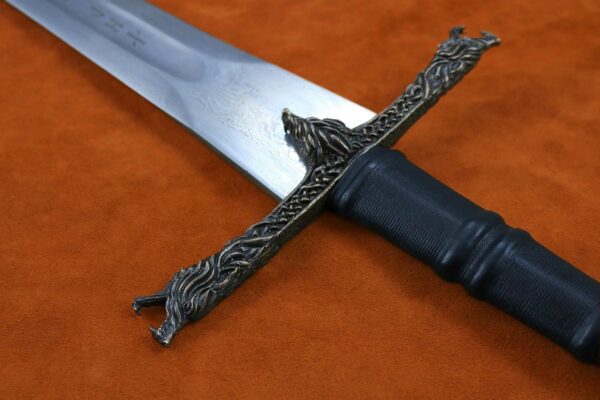 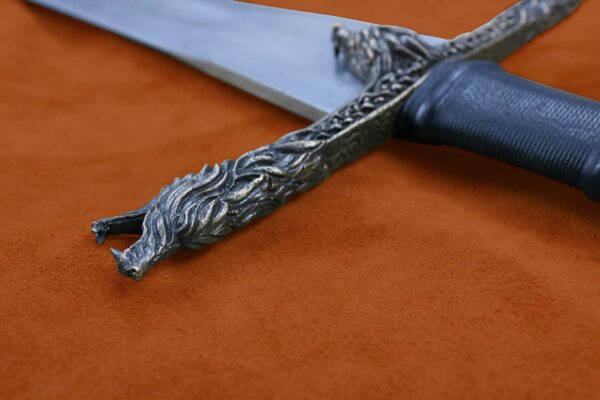 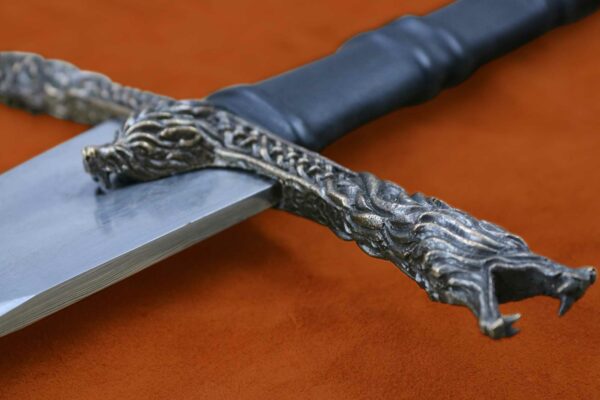 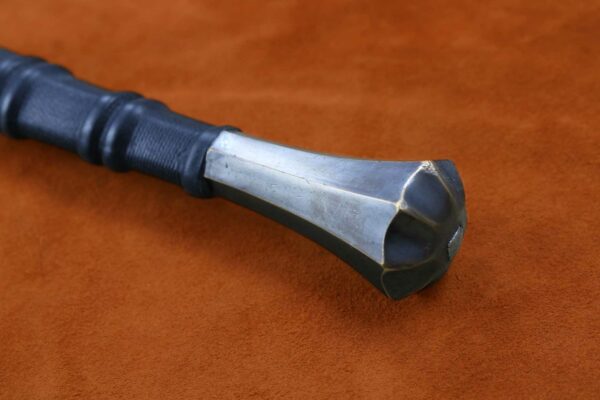 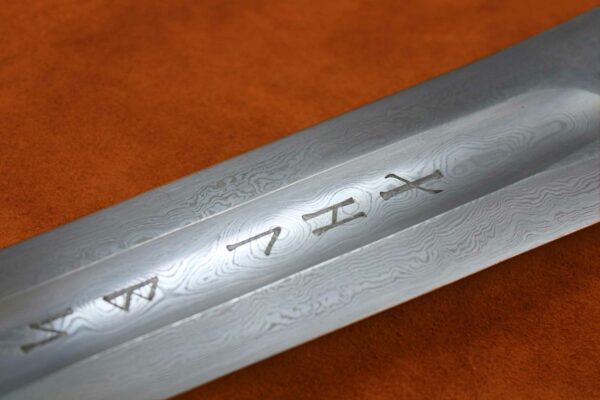 This is a folded steel version of the Eindride Sword. While the sword is the same as our 5160 Carbon steel collection, this blade has been forged with the traditional Japanese folded steel method, creating a beautiful and original pattern, created by multiple layers of folded steel.

The Eindride (“One Who Rides Alone”) In Norse mythology and legend, there are few symbols more prominent than the wolf. A wolf pack was representative of attributes like strength, loyalty, and a stark reminder of the mortality and doom of man. Across the whole Nordic world you would be hard pressed to find a greater symbol of royalty and power than this most graceful and deadly creature. The wolf, and the wolf pack, feature heavily in the Icelandic sagas and other stories throughout human history. Wolves are known as social animals. Their greatest strength is not their speed, their claws, or their fangs, but their ability to work together to bring down greater foes. It is this pack mentality that defines their being and has captured the imaginations of cultures around the world for centuries.

It is also why the “lone wolf” concept is so simultaneously fascinating, and heartbreaking. A lone wolf may have lost their pack, or left it behind, or been cast out – but they still persevere. Running in the moonlight, fighting for survival, refusing to give in to loneliness or despair. Lone wolves, while rare in nature, have become symbols for people who feel they are on the “outside” – of society, family, or the social norms that constrain them.

The Eindride is a sword for the lone wolf, the wanderer, the outcast. Someone who, for a time at least, is separated from their pack. This sword’s cast bronze guard features snarling wolf heads on the hilt, accented by traditional knotwork. A simple bronze scentstopper pommel and leather wrapped oak grip complement the elaborate hilt. The blade has a thick ricasso that transitions into a single fuller double edged design that has norse runes inscribed, reading, “One Who Rides Alone” – a snarl from the indomitable heart of the lone wolf. The Eindride was designed with these people in mind, in honour of their unbreakable spirits, to be their companion when no one else is. We hope it will keep you safe on the journey.

Rated 4.25 out of 5
580.00 USD – 710.00 USD
Select options
We use cookies on our website to give you the most relevant experience by remembering your preferences and repeat visits. By clicking “Accept”, you consent to the use of ALL the cookies.
Cookie settingsACCEPT
Manage consent