The Significance of the Magna Carta

Although at the time that it was written it was not intended to be, the Magna Carta has become the most celebrated and significant historical and political document that ever issued from England.

John, King of England, was the youngest of five sons born to Henry II and Eleanor of Aquitaine. As king when war broke out with France in 1202, John initially won early victories. Shortages in military resources, however, along with his brutal treatment of the nobles of Norman, Breton, and Anjou, resulted in his losing his holdings in northern France in 1204. John spent much of the next ten years preparing for another invasion of France, but he would not get the support of his barons. The barons were against involvement on the continent and were against another incursion into France. Undeterred, John continued to raise funds, raise armies, and secure mercenaries from France, using whatever means he could to secure the revenue he needed for the next phase of the war. 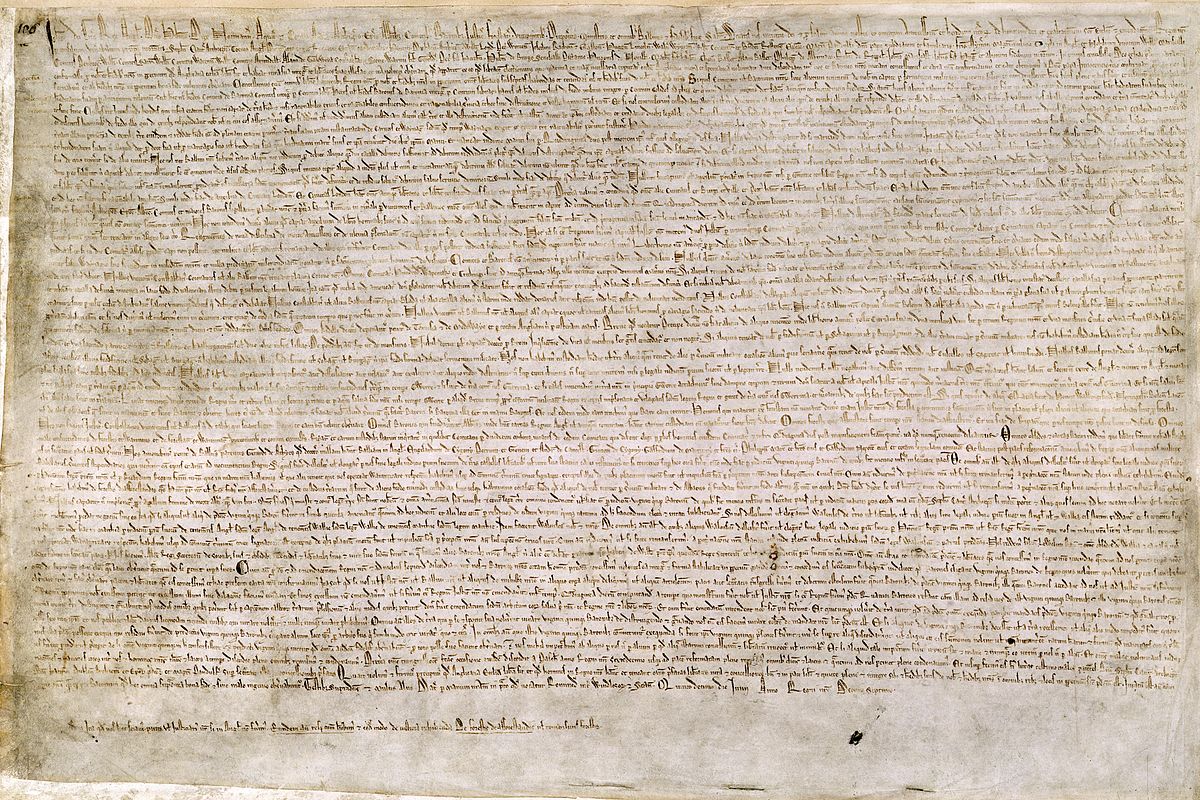 In 1205, John found himself in an argument with Pope Innocent III over who should be appointed Archbishop of Canterbury. The Pope wanted Stephan Langton appointed, but John swore Langton would never enter England. In 1209, the Pope excommunicated John and banned Masses in all parish churches, which John then used as an excuse to confiscate church properties, and then sell them back to the bishops at a profit. In addition to money raised this way, John levied taxes that people could not afford them. His punishment of those who could not pay was ruthless. In 1212, John demanded scutage (a fee paid in lieu of military service) from the Barons who had refused to join his army. The barons protested, denouncing John’s policies and insisting on a reconfirmation of Henry I’s Coronation Oath of1100, which would limit the king’s ability to obtain funds. John had also imposed other laws and rules on England that the Barons were against, but he was not concerned with the Barons, and launched his next attack on France in 1214.

The campaign quickly ended in failure and John returned to England in October the same year. Within a few months of John’s return, the Barons in the north and east of England were organizing resistance to his rule. John, however, refused to withdraw his demands, and by spring most baronial families began to take sides. The Barons embarked on a military campaign against John, but did not meet with success until the unexpected capture of Dover Castle in London. John agreed to grant a charter.

The resulting charter was the Magna Carta, or the Great Charter. The Magna Carta was intended as a document that was a defense of the interests of the feudal class. Among other clauses in the document, it guaranteed that scutage and aid, other than the customary ones, could not be levied without the consent of the Great Council. It also removed widows from the legal compulsion to remarry against their will.

The Magna Carta, however, was much more than a feudal document, however. It contained clauses that guaranteed the rights of the Church, the liberties of towns, and the right of merchants the freedom of movement. It denied the king the ability to sell, deny, or defer justice to any person. It denied the arrest, imprisonment, or dispossession, of any free person “except by the lawful judgment of his equals of by the law of the land.”

The significance of the Magna Carta for the people of the time was that it contained detailed statements of the customs of the time and defined those customs. For future generations, the Magna Carta was significant because it enunciated the principle that the king is, and shall be, subject to the law. The law was an entity of its own, separate from the king, and not subject to his whims and will.

At the time the Barons drafted it, it was not known that the Magna Carta laid the foundation for the creation of a democratic government in England. Five hundred years later, the document would be the foundation of the Constitution of the United States.