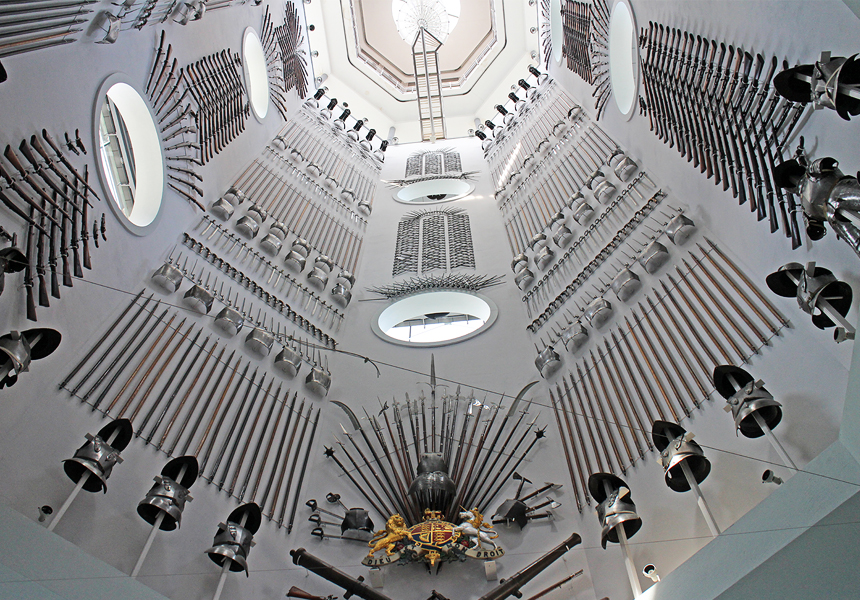 An Overwhelming Experience from a Renowned Sword Collector.

Many enthusiasts of medieval and renaissance arms and armour have secretly longed to travel back in time, just to spend a day – to catch a glimpse – of the beautiful and functional articles of war that we find so fascinating. For those of us who lack access to a time machine, though, there is the Leeds Royal Armouries Museum.

Since 1996 the Leeds Royal Armouries Museum has housed the United Kingdom’s National Collection of Arms and Armour, which was previously held at the Tower of London. Originally, the Office of the Royal Armoury was commissioned centuries ago to manufacturer medieval weapons and armour for the British royal family and their soldiers. Based out of the Tower of London, also known as “The White Tower,” it grew to become a repository of arms and armour; essentially, it was the first museum in the United Kingdom. As firearms slowly replaced the edged weapons of the British foot soldiers, the National Collection was gradually placed into storage, with only a fraction of it left on display at the Tower of London. In 1935 the Royal Armouries was recognised as a national museum, and slowly the collection re-entered the public eye. This world-renowned collection hosts more than 70,000 articles of weapons and armor dating from ancient times (pre-Roman) to the modern era in several locations, none of which is as impressive as the Royal Armouries in Leeds, West Yorkshire, UK.

The collection held at the Royal Armouries boasts a stunning variety of artifacts; weapons from ancient Greece, examples of the Thompson submachine gun (the infamous “Tommy Gun” of the prohibition era), a longbow from the wreck of the Mary Rose, detailed jousting armor commissioned by King Henry VIII, and mortars from both World Wars, as well as countless swords and other handheld weapons from different eras. An oriental collection displays weapons from China, Japan, India, and other great Asian powers of history. In more recent years new displays have been added: replicas of weapons from the Lord of the Rings film series – based on the iconic books by British author J. R. R. Tolkien – are now on display, and more recently the museum is attempting to acquire the original “blasters” from the Star Wars trilogy.

These individual examples pale in comparison to the world-famous Hall of Steel, a five-story tower that is the largest mass display of arms created in the modern world. A stunning exhibition, the Hall of Steel showcases over 2700 weapons from different eras in a display that simply has to be seen to be believed. But don’t take our word for it – see for yourself!

Darksword Armory prides itself on creating modern sword replicas that are closely based on historical examples. Darksword Armory founder Eyal Azerad travels to museums and private collections abroad in order to examine these artifacts

in person. In 2017, on one of his overseas journeys, he took the following photo series at the Leeds Royal Armouries Museum. We invite you to enjoy over 200 images from this expedition! 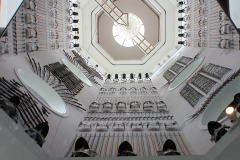 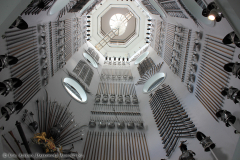 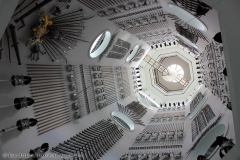 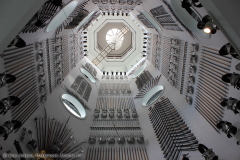 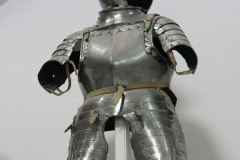 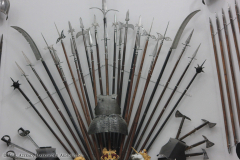 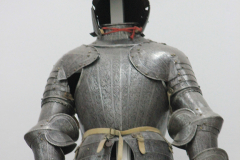 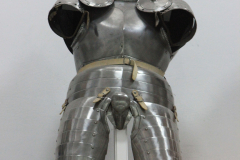 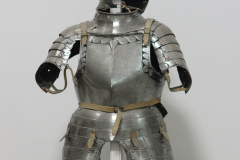 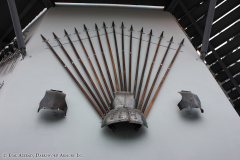 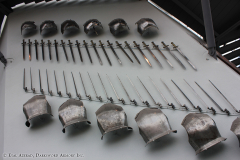 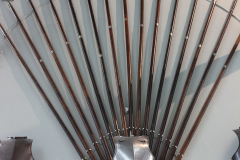 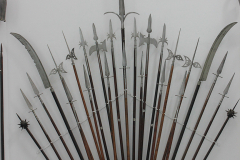 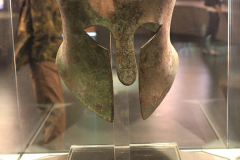 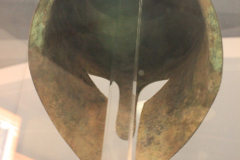 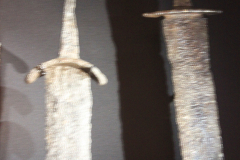 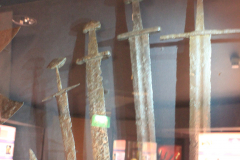 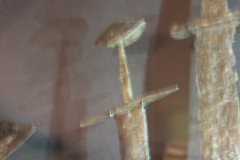 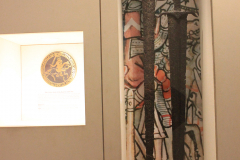 In addition to the collections of weapons both historical and modern, the Leeds Royal Armouries Museum has a number of art displays as well. Galleries exhibit commentaries on the ethics of hunting, armed civilians, and weapons for self-defence. The Royal Armouries Museum also partners with the British Peace Museum for an exhibition entitled “Peace – A Farewell to Arms,” which discusses the concept of disarmament and the potential for a future free from armed conflict. An unusual display at a museum of war, perhaps, but when contrasted with the centuries of deadly weapons in the same building it is a poignant reminder of the costs of warfare.

If you are ever fortunate enough to attend the Leeds Royal Armouries Museum in person, they also have a host of events including weapons demonstrations, military exhibitions, and two jousting competitions each year (at Easter and in Summer). More than a simple sword collection, this museum is one of Darksword Armories’ favourites – we hope you have the chance to see it in person!

Find out more about the Leeds Royal Armouries Museum