Around the World – The Incredible Journey of the Urnes Staves Sword

Part of our focus at Darksword Armory is on continuous improvement. By that, we mean we are constantly striving to do better than we have before. We were very proud of the swords we produced 20 years ago, but they are unrecognizable next to our latest line! 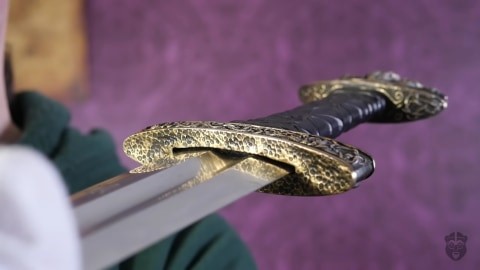 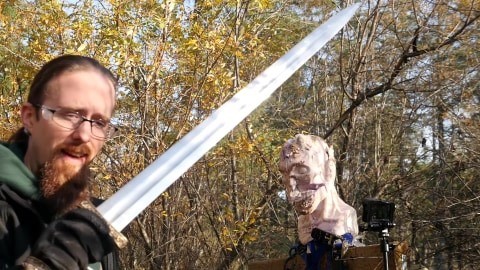 In 2018, we decided to reach out to YouTube sword reviewer Skallagrim to review the latest in our long line of Viking weapons – the Urnes Staves sword. SKallagrim being a well-known and honest reviewer, and a fellow Canadian (living at the opposite end of the country from us in British Columbia) we figured he would be an excellent person to put our prototype through its paces. And put it through its paces he did! 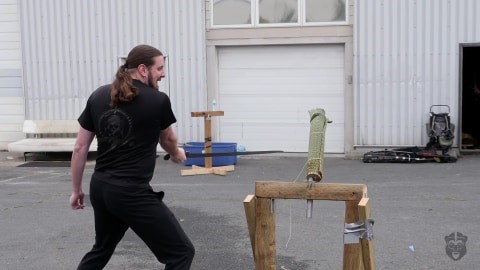 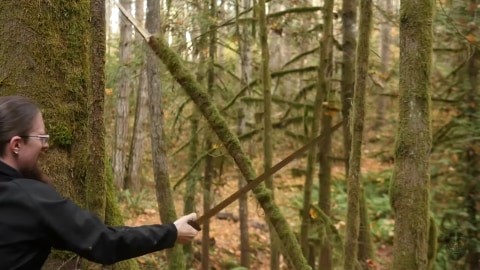 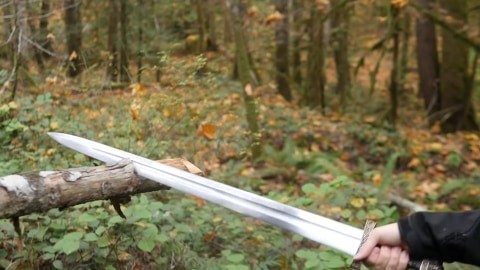 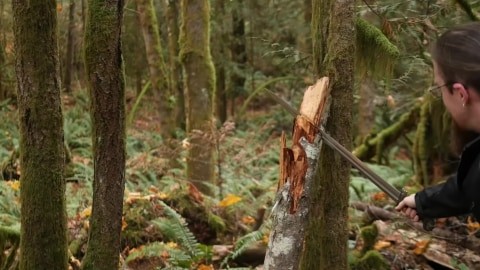 When Skallagrim reviews a sword, he does not pull any punches. The following two videos are the result of Skallagrim giving our prototype a serious review.

Once the review videos were posted, we experienced the usual increase in web traffic and online questions about our products, and the Urnes Staves sword proved to be a popular design. We didn’t ask Skallagrim to return the sword, so when he passed it on to a collector in Australia we thought nothing of it. And so, the sword passed into other hands, and we never expected to hear about it again…

And then, not too long ago, we got a big surprise!

Sword collector Philippe Goulet reached out to tell us he was the newest owner of a secondhand Urnes Staves sword, and had some questions about it compared to the most recent production run. When we started connecting with him we were surprised to hear that it was the very  prototype we had sent to Skallagrim and, what’s more, it had come home – all the way to Quebec, Canada!

That’s right – the original Urnes Staves prototype had traveled from its place of creation in Quebec, Canada, to British Columbia (almost 4,000 kilometers), to Australia (over 12,000 kilometers), and back to Quebec (over 16,000 kilometers, unless it took the long way around). This sword likely traveled over 30,000 kilometers since it was forged, which might make it the most well-traveled Darksword in existence! Philippe had this to say:

“I’m lucky to have received the one Skallagrim reviewed on his YouTube channel. The sword has been severely tested and abused, but is still in excellent condition. I’m happy and proud to have brought back this piece to our country. I love it!”

The well-traveled Urnes Staves sword joins an extensive collection of Darksword Armory pieces in Philippe’s collection, which he graciously shared with us:

Thanks for sharing, Philippe, and thanks for giving so many of our weapons a home – especially the one that traveled so far to get to you!

5 thoughts on “The Incredible Journey of a Viking Sword”