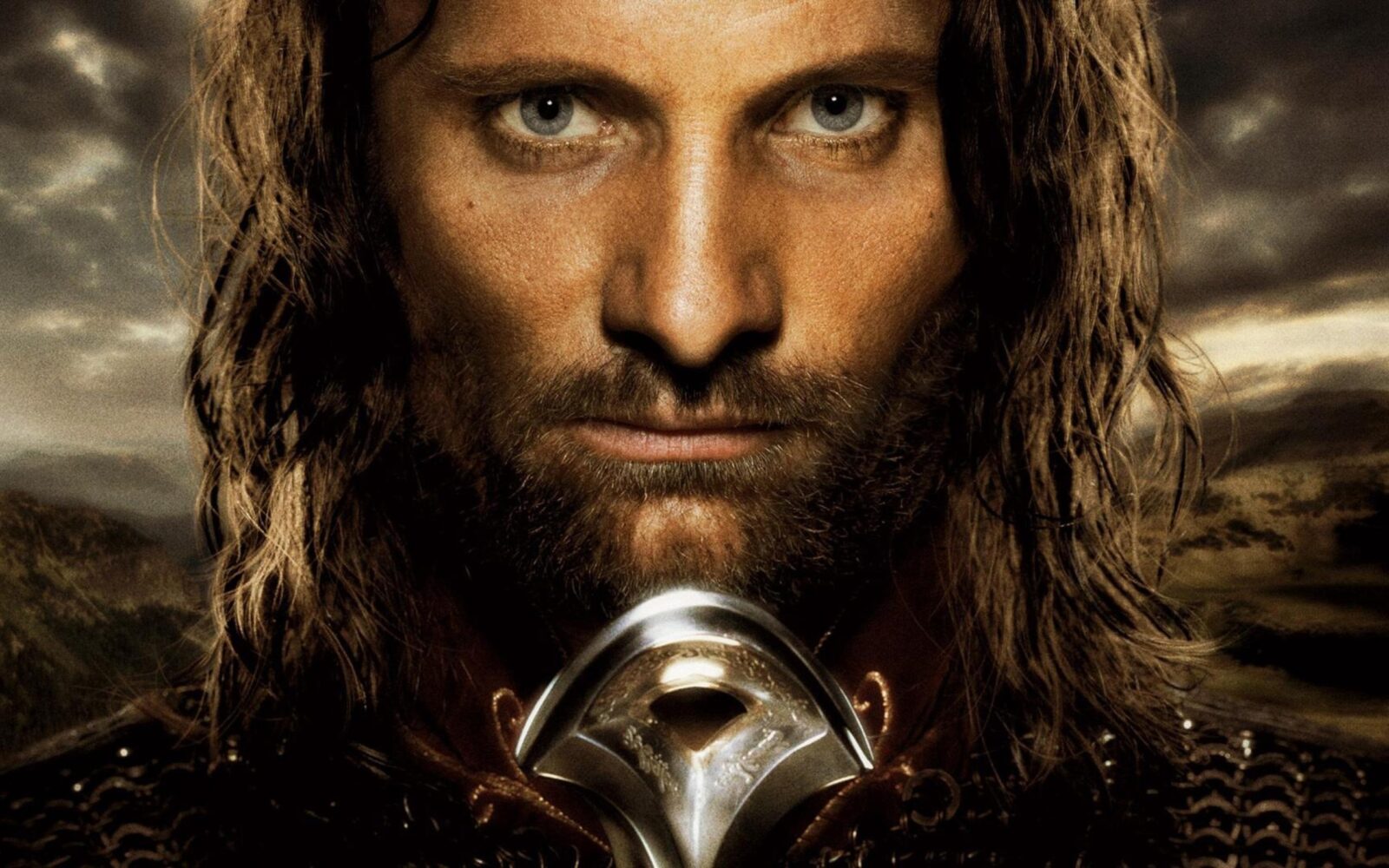 In this article, Darksword Armory staff explore some of the ancient history of Tolkien’s Lord of the Rings Trilogy. Specifically, we take a look at the overthrow of the Dark Lord Morgoth, the fate of the half-elves, and the founding of the ancient kingdom of  Númenor – and what connection this kingdom has to a popular character from the books.

Aragorn, titular hero from The Return of the King and one of the central characters of the Lord of the Rings series, is often referred to as the heir of Gondor. If you’re like most fans of the Lord of the Rings books you’ve always just taken this at face value – there is a kingdom named Gondor, and Aragorn is the rightful ruler of that kingdom. Simple enough, yes? However, the deeper you go into the story, the more complicated the situation gets. For example, we also hear about how Aragorn is the rightful king of a country called Arnor – what’s that about? And what’s this “Númenor” place that people keep talking about?

In order to answer these questions, we welcome you to a Lord of the Rings history blog post – The Rise and Fall of Númenor (Part 1). Tolkien did nothing halfway, and nowhere is that more apparent than in his world of Middle-Earth. He wrote voluminous amounts of history and myth that were gathered into the text of Middle-Earth lore known as “The Silmarillion.” This blog post will touch briefly on the historical background of Aragorn as a descendant of the Numenoreans.

Thousands of years before the events of the LOTR series, Middle-Earth was under the subjugation of Morgoth, an evil being of immense power. Once a member of the Valar, the gods of Middle-Earth, Morgoth brought ruin and death to all the free peoples of the world. Elves, dwarves, humans, all suffered under his rule. The rest of the Valar, reluctant to fight Morgoth themselves for fear of breaking the world, remained in Valinor – the Undying Lands, a vast continent hidden across the sea to the West where also lived most of the elves. Though there were kingdoms and powers that resisted Morgoth’s rule few could stand against him, and some humans even joined his side. The darkness that fell across the land seemed like it would never end.

However, in the darkness a light slowly grew. The great hero Eärendil, descended from humans and elves, risked his life to cross the enchanted seas and seek aid for both his peoples. Knowing that setting foot on Valinor meant he would never again be permitted to return to Middle-Earth, he approached the Valar and beseeched them for aid on behalf of both humans and elves. The Valar relented, and brought their armies of spiritual beings known as Maiar, as well as all the hosts of elves they could muster from Valinor, and descended upon Middle-Earth.

What followed was known as the War of Wrath. Valar, Maiar, elves, humans, and dwarves fought against the forces of Morgoth. So devastating was this war that face of Middle-Earth was completely changed – a massive section of the continent to the North-West was sunk beneath the ocean. The war lasted 40 years, and was nearly lost when Morgoth unleashed the winged dragons which were his secret weapon. Only the intervention of Eärendil, now commanding a sky-ship which could carry him even to the stars, prevented the total loss of the Valar’s forces. Ultimately, Morgoth’s final defeat was achieved, and the fallen god was cast beyond the world forever. The forces of the Valar rested, not knowing that Morgoth’s chief servant Sauron and a small number of Orcs had escaped.

To the elves, the Valar gave a command – return to Valinor, and let Middle-Earth come under the dominion of humankind. While some followed this command, others chose to remain in Middle-Earth for a time before growing weary of life and taking a long journey across the ocean to return to their kin. To the faithful humans who fought with the Valar and their forces, the Valar gave a great reward – they raised the Isle of Elenna from the ocean to be their home, separate from Middle-Earth but not yet in the realm of Valinor, and granted them an extended lifespan of over 200 years. And to the half-elves they gave a choice – be numbered among the race of elves, or the race of humankind. Elrond chose to remain with the elves, and left his human heritage behind. Elros bid farewell to the elves, and left with the faithful humans to be their king on this new land.

And thus it was founded as the center of humankind on earth – Númenor , the kingdom of Westernesse.

For a long, long time Númenor was a beacon of light and culture in Middle-Earth. Their long life let them grow in power, and their kingdom became ever more majestic. Their great ships sailed all the oceans of Middle-Earth, visiting strange lands and making alliances with the people they found there. They also followed the one law the Valar gave them, a law known as the Ban – that they never attempt to sail to Valinor and set foot on the Undying Lands. And for many generations, they were content.

This brief description of the Rise and Fall of Númenor will be continued in Part 2, coming soon!

This blog post only scratched the surface – we said nothing of the Silmarils, great magic jewels that are at the center of the story of Morgoth and the elves, nor did we discuss the long history of Middle-Earth under Morgoth’s rule. But we hope this blog post and the ones that follow will help fans of the Lord of the Rings gain a better understanding of the history of their favourite characters. Thanks for reading.

2 thoughts on “The Rise and Fall of Númenor Part 1”