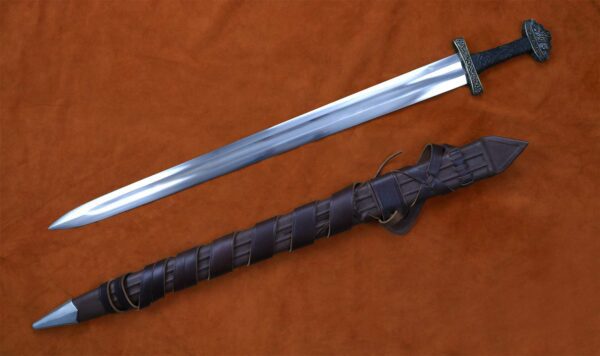 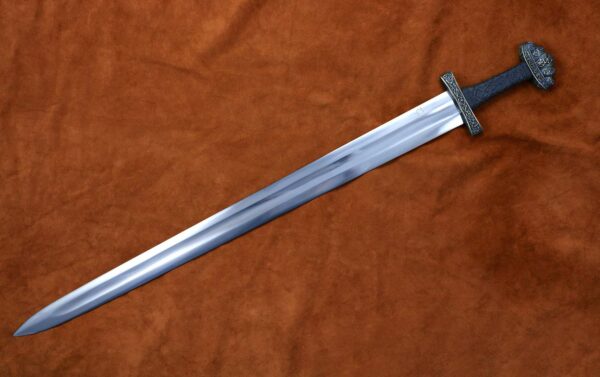 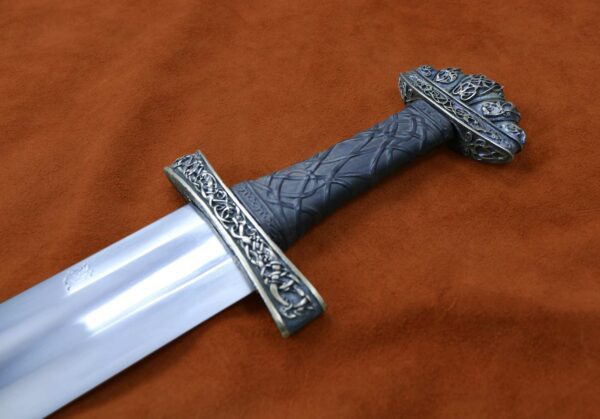 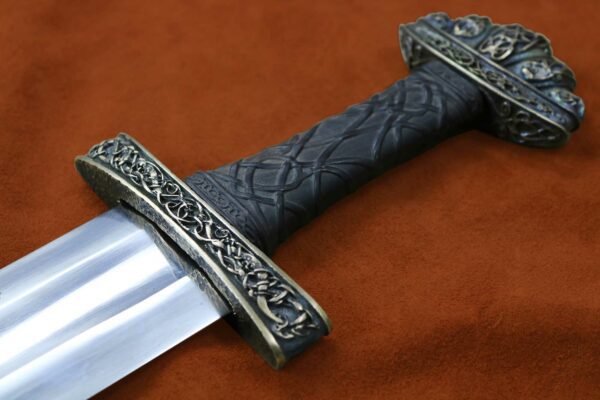 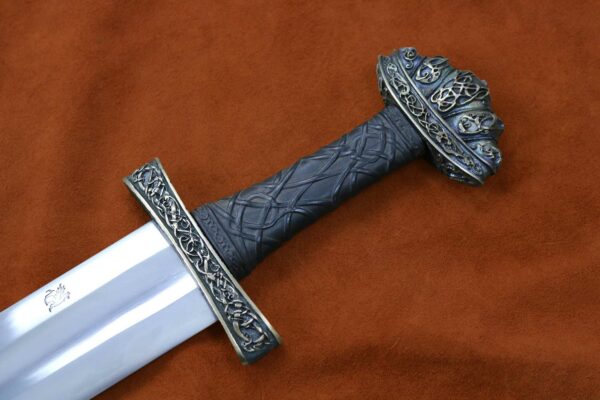 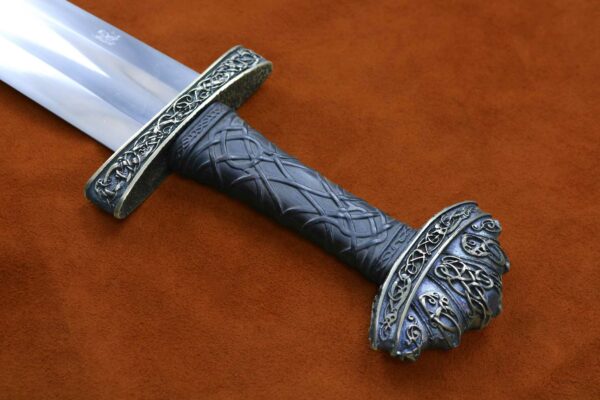 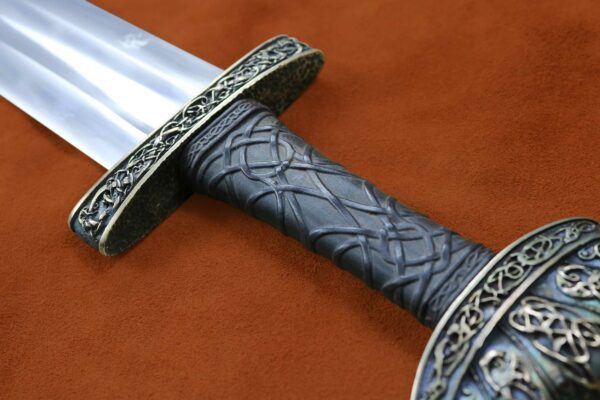 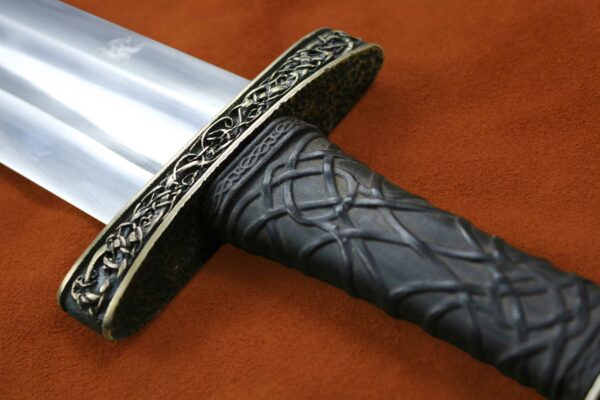 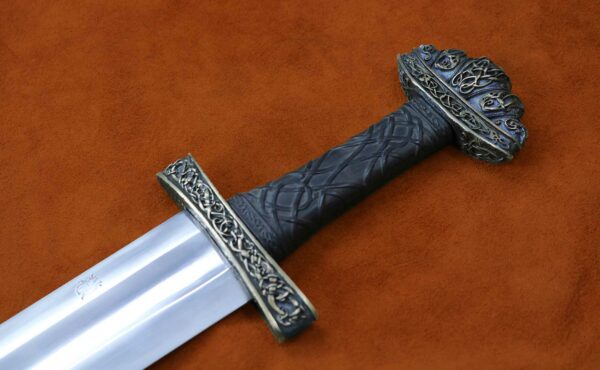 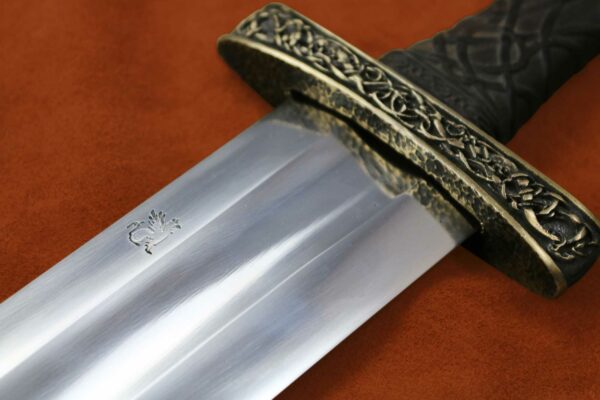 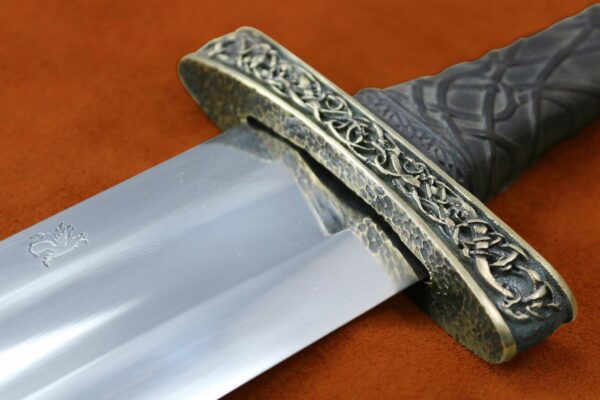 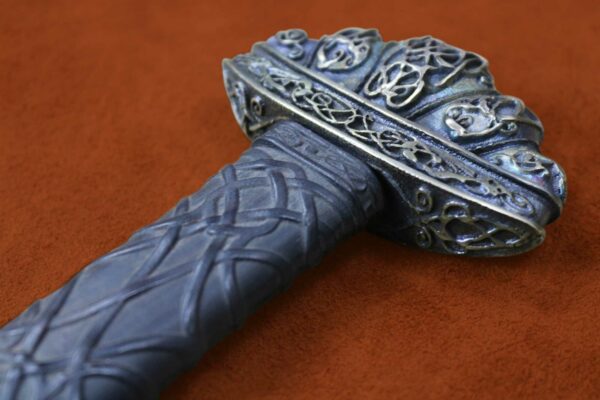 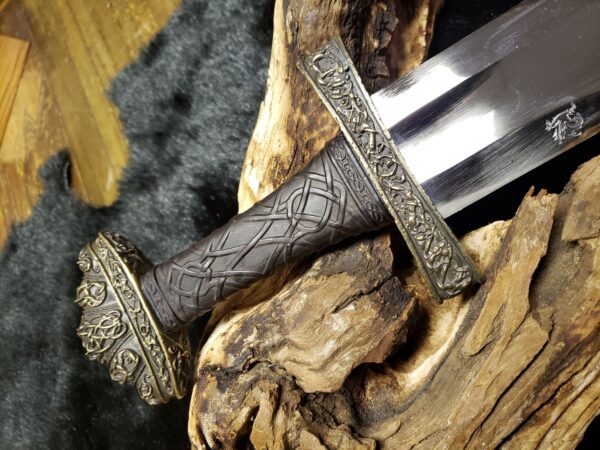 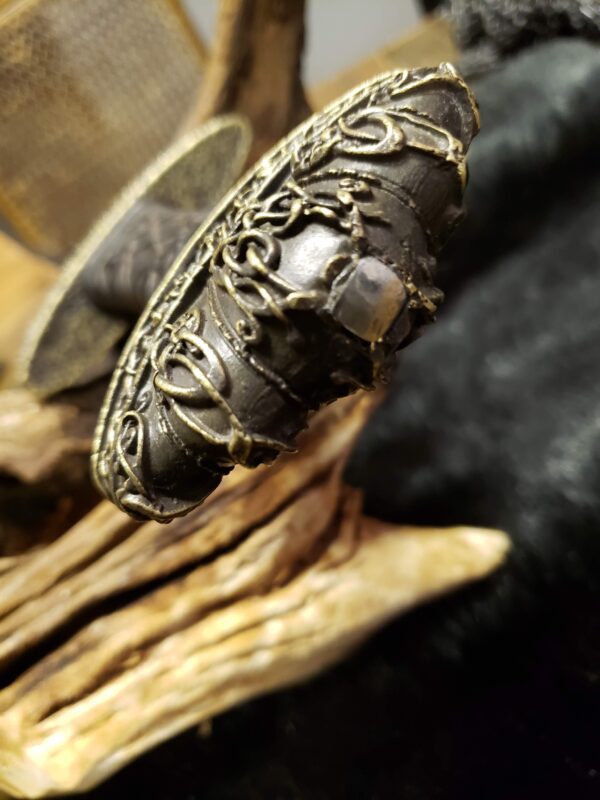 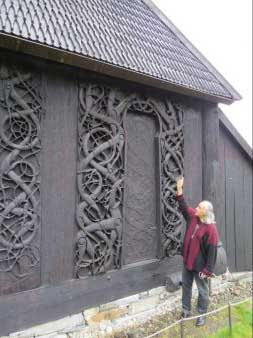 The carvings themselves are of a distinctive style, so 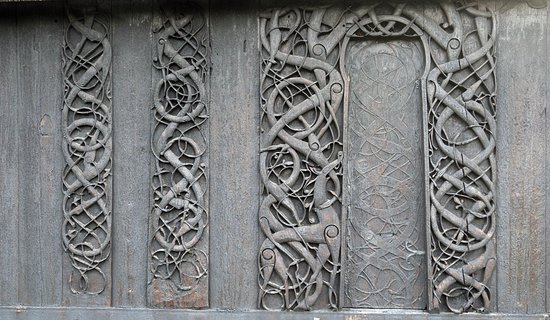 distinctive that it has become known as the Urnes style. This style appears to have been developed by the original builders, who likely constructed the church on behalf of a wealthy medieval family. Fierce animals flow across the wood, their elongated bodies intertwined, depicting conflict and battle. Scenes depicted may be biblical, or may hold some connection to older features of Norse mythology. The distinctive lines of the Urnes style – contrasted broad and narrow contours, curving in a seemingly endless flow – are what sets it apart from other Norse artwork from the same era. It is this Urnes style that has been reproduced on the hilt of Darksword Armory’s Urnes Stave Viking Sword.

The Urnes Stave Viking Sword is a Darksword design updated with knotwork inspired by its namesake. The broad, solid blade 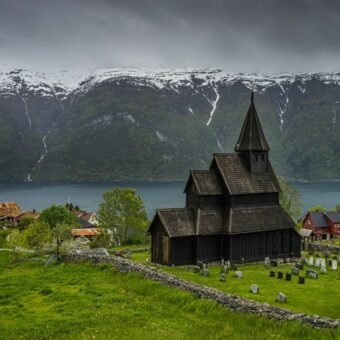 is hand made from 5160 steel, and has the classic wide, shallow fuller so common to Viking swords of this era. Like most Viking Swords it falls into the Type X of Oakeshott’s Typology, however using the Petersen Typology (the definitive Typology of Viking Swords) the Urnes Staves would fall into the Type U group. Swords in this group are among the most commonly reproduced in the modern era and resemble the “traditional” Viking Sword with their broad -tipped blades, wide fullers, and highly decorated hilt. Swords such as these would be highly effective slashing weapons, often paired with the wide, round Viking shield that so much of effective Viking combat revolved around.

The blade is tempered and resilient like all of Darksword Armory’s swords – however, it is the fittings where this sword’s personality truly shines. Bronze fittings, cast using the lost wax process, depict Urnes style knotwork with contrasting broad and narrow lines. The handle itself is similarly carved from Ebony and fitted to the tang with epoxy before the pommel is hot peened. This method of construction results in Darksword Armory’s famous durability. The Urnes Stave Viking Sword is a stunning example of a

modern Viking reproduction, and is inspired by one of the most beautiful buildings in Norway. We hope you enjoy owning a sword fit for any Viking chieftain.