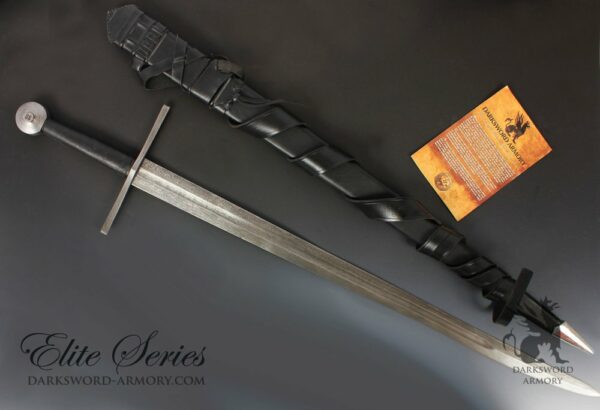 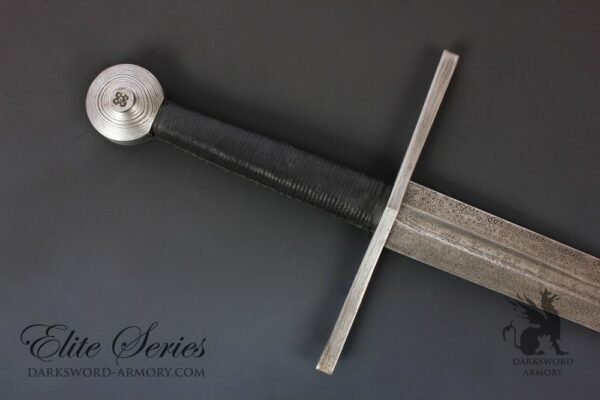 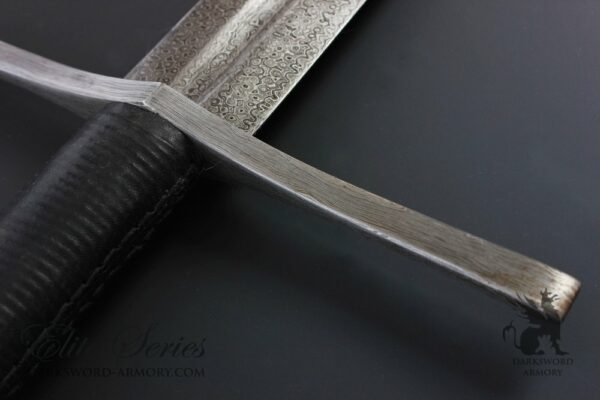 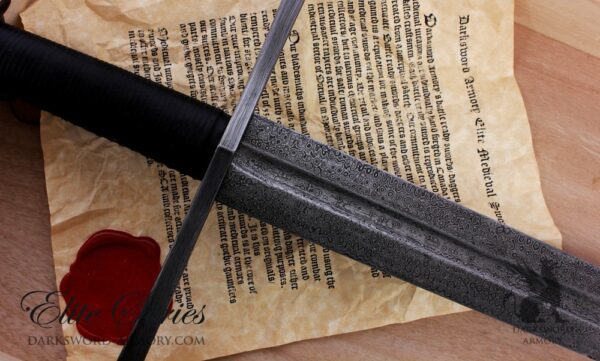 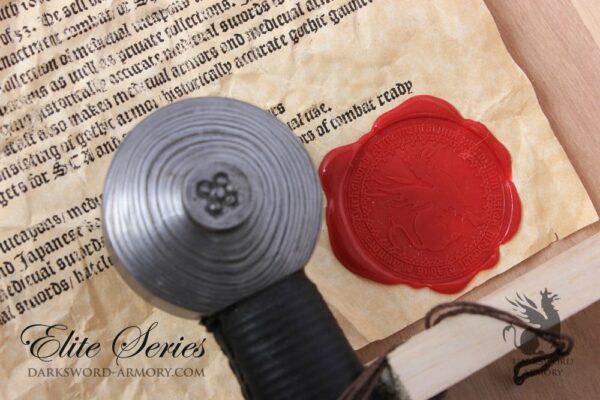 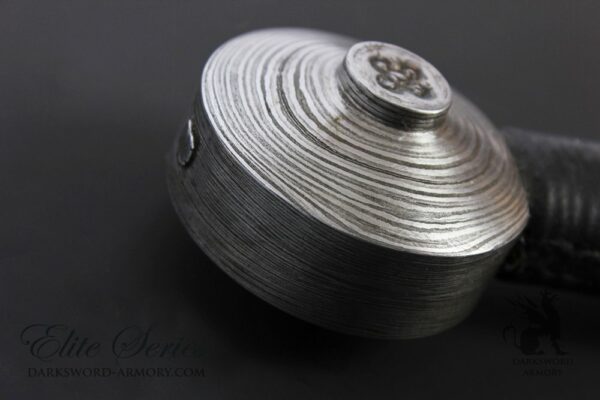 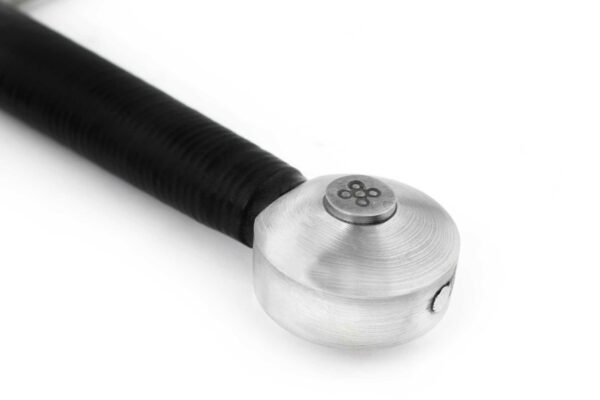 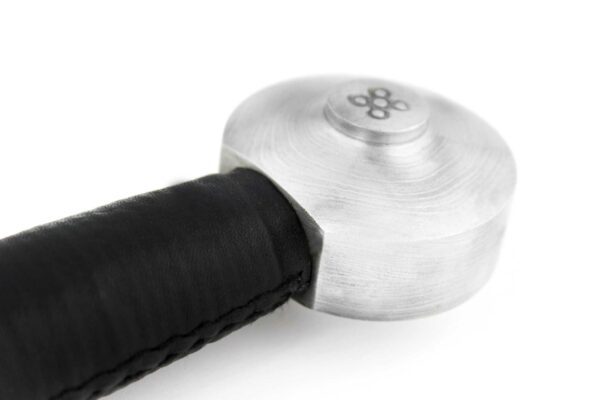 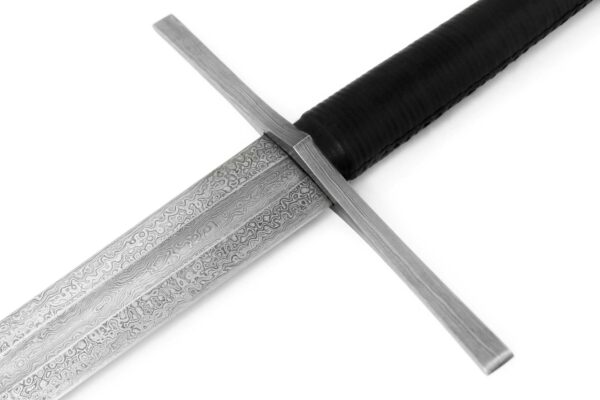 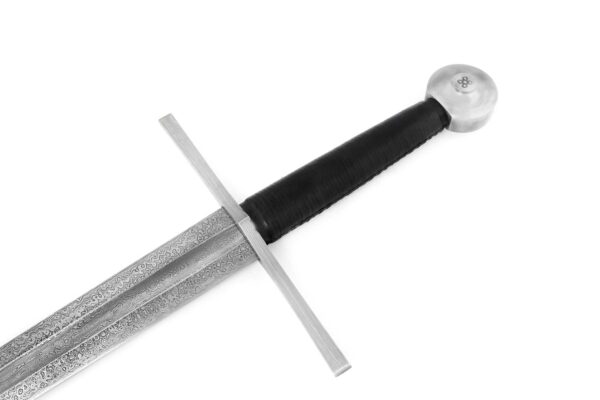 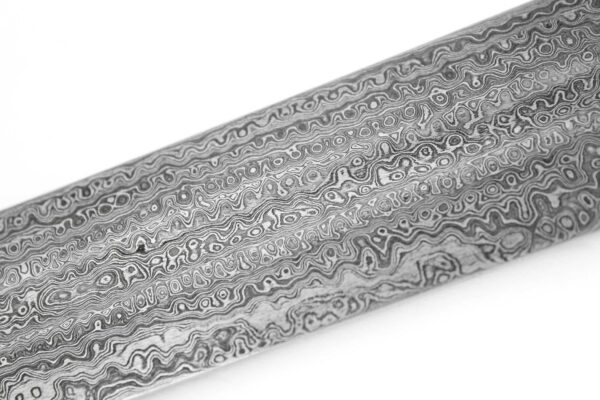 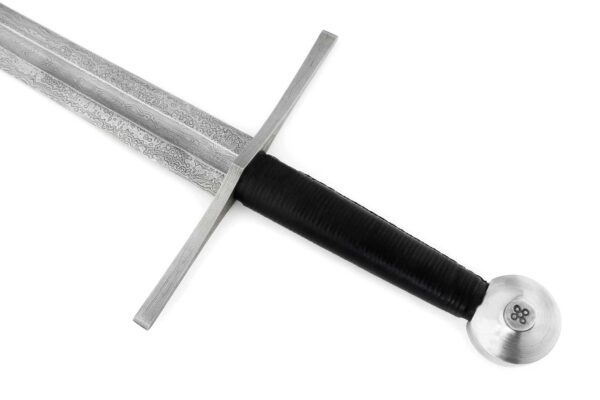 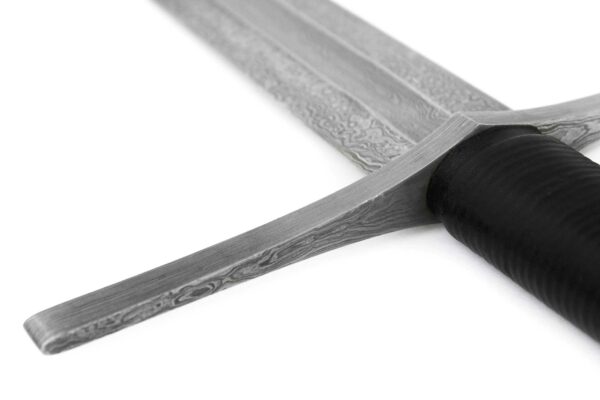 The Templars formed at the end of the First Crusade as a group of knights who took monastic vows. They swore to protect pilgrims travelling from Europe to the Holy Land. While the Order began without wealth, living off donations from villagers, the Templar Knights emerged as an extremely wealthy and politically powerful organisation. Threatened by their growing political power, Edward II dissolved the order in 1314, executed the Templars, and ordered the burning of the last Grand Master, Jacques de Molay.

While many of the original weapons were destroyed and or thrown into rivers following the orders of Edward II, a handful of good examples survived. Numerous photographs of the original Two Handed Templar sword are published in “The Journal of Arms and Armour Society”, (Oakeshott, E. “A war sword of the XIVth Century in the Guildhall Museum”). The sword of the crusaders and the Templar Knights, in their crucifix form, exemplifies the archetypical Sword of the middle ages.

The embellishing of the pommel, with its decorative cross, was common on Templar swords. As a medieval weapon, the Two handed Templar sword is an imposing, powerful yet elegant piece. Hefty, yet carefully balanced for optimum functionality, the sword is resilient, reliable and virtually indestructible. meticulously crafted with a 2.3” wide blade,  the Templar sword not only provides devastating cuts but can thrust through armor with unrivalled ease.  In a nutshell, the Two handed Templar sword is a dependable sword that will last for generations. We are confident that our Elite Series swords will impress even the most discriminating collector.

465.00 USD – 495.00 USD
Select options
We use cookies on our website to give you the most relevant experience by remembering your preferences and repeat visits. By clicking “Accept”, you consent to the use of ALL the cookies.
Cookie settingsACCEPT
Manage consent