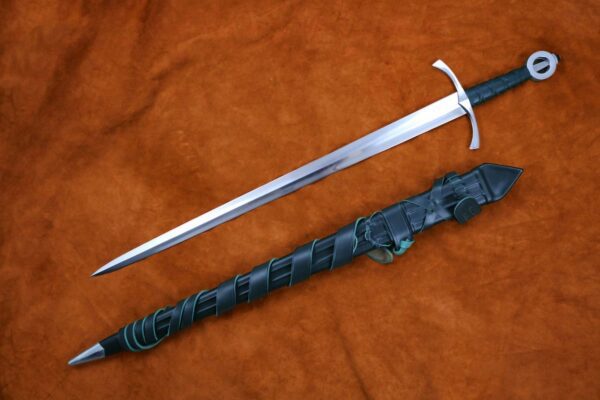 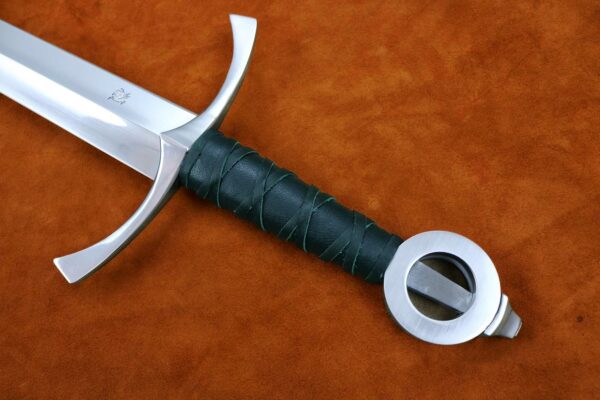 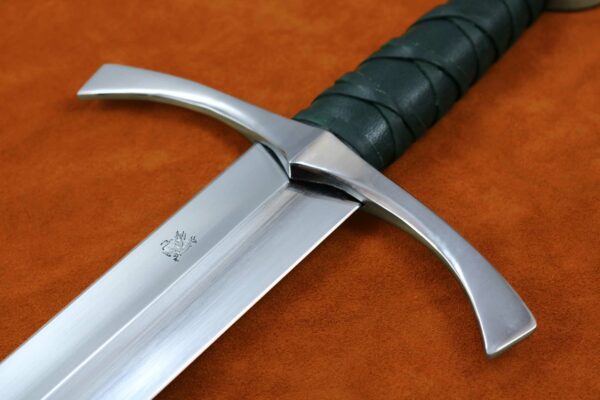 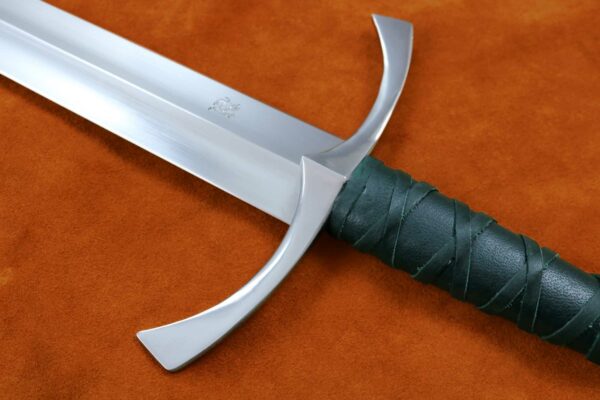 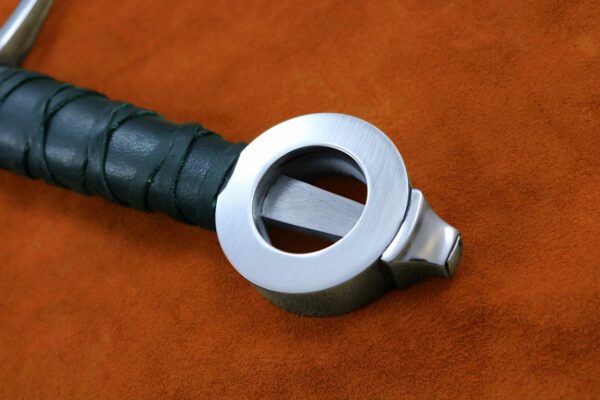 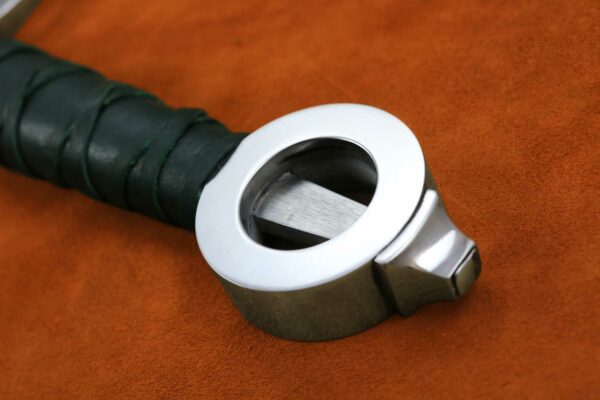 The ”Oath Seeker” is an inspirational piece, based on Irish swords of the 14th century. While remaining true to the Key ring Irish pommels and relatively short blades of the arming swords of the 14th century, we added a touch of inspiration with the guard. Delicately curved with deep fluted lines, the guard and crisp curves seamlessly mesh with the pronounced spine of the hollow ground blade. The Oath Seeker is a perfect cut and thrust sword capable of making devastating damage against any opponent.

In ancient Ireland, oaths held special significance. In pagan times, men swore by the elements, by the sun and the moon, by their crops, or by spiritual beings; after Christianity came to Ireland, they swore their oaths by relics, crucifixes, or even on the Bible itself. In some cases, they would travel to the grave of a loved one and make their oath upon it. Vows that individuals made were considered religious and legal obligations, and severe consequences could be brought upon any who broke their word. The most serious form that an oath could take in ancient Ireland, though, was the mythical Geas.

A Geas (pronounced “gaysh,” plural form “Geasa), was a special oath often undertaken by Irish hero-warriors. More than a simple promise, a Geas was a bond of magical means, often involving a taboo or prohibition of some kind, and undertaken either at birth (when placed on the infant by a druid) or at the warrior’s own agreement later in life. The function of the Geas was to preserve a warrior’s honor, but occasionally could result in his downfall – especially when that warrior was under the effects of multiple Geasa. For example, the legendary hero Cú Cúchullain (wielder of the shining sword Cruaidín Catutchenn) swore a Geas to never eat the flesh of a dog as he acted in the stead of his lord’s guard dog. Cúchullain also swore a Geas to never refuse the hospitality of a woman, and found himself in a conundrum when an old woman served him dog meat in her home. Violation of a Geas results in misfortune or death, as it did for Cúchullain – unable to take action without violating his oath, he was forced to break the terms of his Geas. This led to his death at the hands of Lugaid mac Con Roí as described in the Ulster Cycle. Irish stories frequently depicted heroes struggling with the multiple Geasa they labor under, striving to maintain their honor and avoid the consequences of breaking their word. In other words, this was an oath that an Irish hero could seek to fulfill for the rest of his days, with success never guaranteed.

The Darksword Armory Oath Seeker is inspired by those heroes of ancient Ireland and the Geasa they swore. The blade of the Oath Seeker is narrow, straight, and deeply hollow ground with a stiff spine, providing a balance between excellent handling and strength. The curved guard has graceful lines, complimenting the handle wrapped in forest green leather. The most distinctive feature of the sword is its pommel, which is known as a Irish ring hilt. The open ring pommels are a classic Irish design, and many surviving examples exist in the National Museum or Ireland as well as countless private collections. The Oath Seeker is our homage to the heroes of Ireland. While we don’t recommend taking a Geas in this day and age, if you do please consider bringing the Oath Seeker with you. 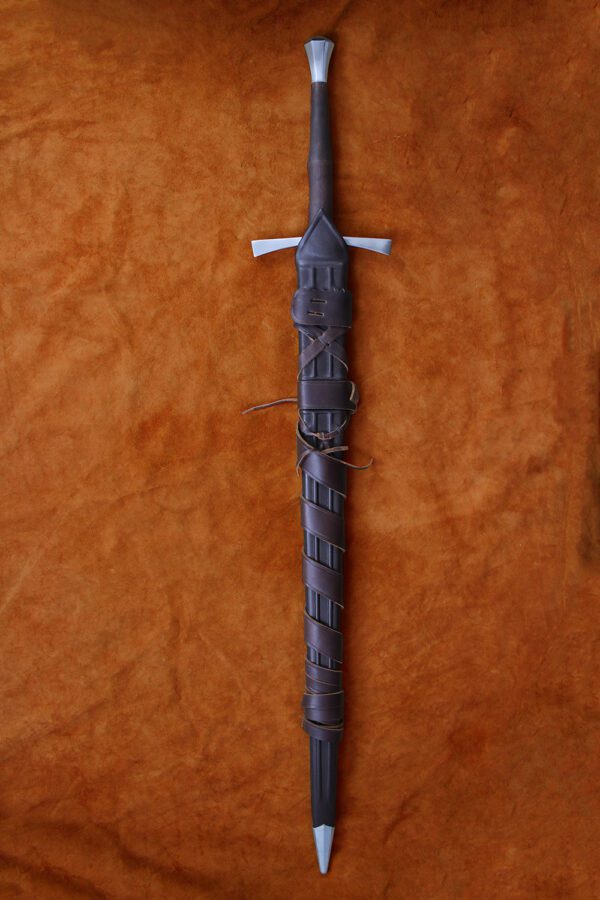