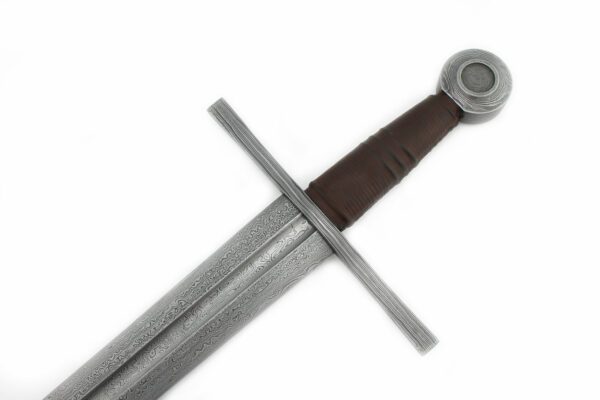 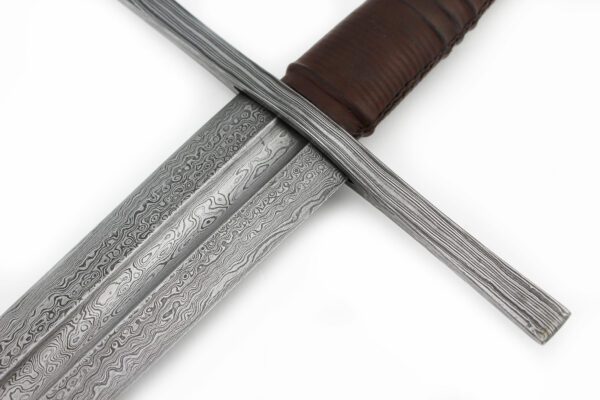 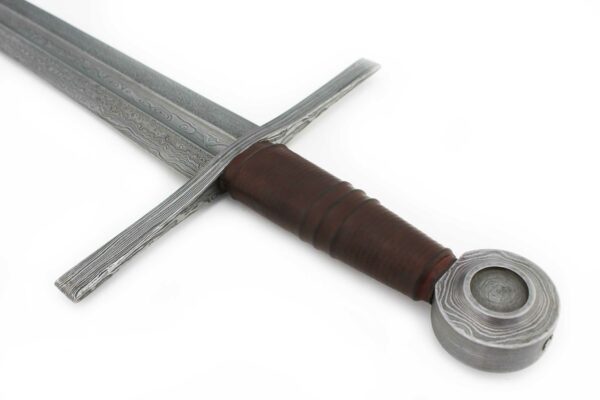 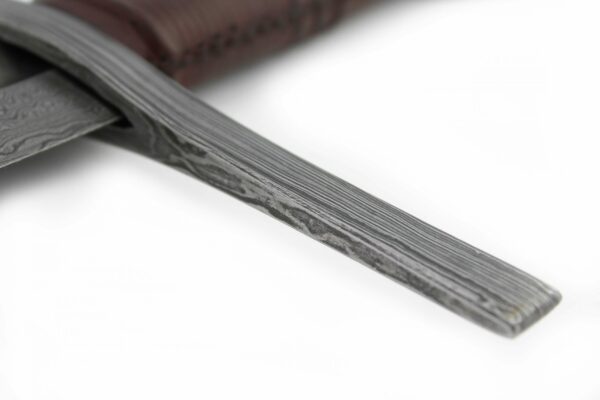 The first crusade took place between 1096 and 1099. Led by the Roman Catholic church, under Pope Urban II, as a military expedition. The goal was to regain the holy lands lost to Muslims in the conquest of Levant (632-661 A.D.).

The crusades started when Christians’ access to Jerusalem was cut off by the Seljuk Turks after the defeat of the Byzantine army. What followed were a series of crusades that ran for nearly two centuries (1096-1272). The last being led by Edward I.

With the influence of the Catholic church, all men at arms were bound to use the cruciform sword, with its symbolic cross section, forever historically tied to the imagery of the Crusading Knights. The cruciform guard was imposed by the church to remind all soldiers of their Christian religion and the ‘greater’ purpose of the war. Ultimately the crusades led to the mass slaughter, rape and devastation on both sides.

The Crusader sword, like many of its historical counterparts, is regarded as the quintessential sword of the crusading knight. Richly ceremonial due to its symbolic shape, the Cruciform swords of the Crusading period were designed with proportions of perfection of form and harmony. Some sources speak of “divine proportions”; a complex geometry which flowed to represent the harmony of nature. The formula of these ‘proportions’ were used to create ‘golden triangles’ and ‘golden rectangles’ which were commonly applied to architectural designs.

In ‘The Noble art of the Sword’, Tobia Capwell wrote that the use of the ‘divine proportions’ led to the belief and acceptance that swords could have artistic merit beyond the notion of ‘practicality’.

Classically styled, the Crusader sword was designed with the ‘proportions’ in mind. The simple yet elegant sword, topped with the circular wheel pommel, was carefully fitted to a blade offering exceptional reflex, balance and control. The sword is responsive, quick, resilient yet flexible. The sword has a sharply tapered cut and thrust blade. When in hand, the sensation, is that of an extension of ones arm. Although minimalist, the crusader sword is of stunning complexity.

-”It is such a tremendous relief to know that my countless hours of research did in fact lead me to finally choose the right swordsmiths! Darksword Armory are everything I’d hoped they would be. I have purchased quite a few ancient and medieval weapons over the last few decades. But the only truly “battle ready” sword I owned was an extravagant gift from a dear friend who payed a great deal of money for a magnificent Katana. Frankly, I’d begun to accept the apparent fact that people who do not have “real” money, cannot hope to own real swords. But I am very pleased to say that Darksword Armory has demonstrated that this is absolutely NOT the case! My new Sword, and Dagger are everything I’d hoped for… and more! They are beautifully crafted weapons… with excellent balance, strength, and flexibility. They are also “finished” to a degree which i have not seen in any of the similarly priced blades i have examined. I got so excited when i first held the Sword that i admit to going a little overboard testing the blade’s flexibility and hardness/sharpness lol! I’m pleased as hell to report that no damage occured.  DSA is not kidding when they characterize a sword as Battle Ready! Thank you, Darksword Armory!”  – J. Lavette, Canada

[Not a valid template]