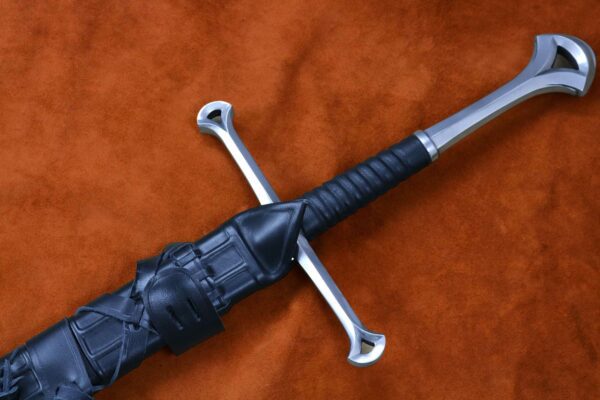 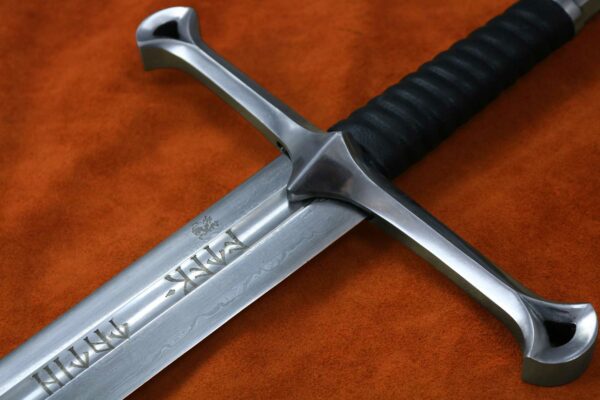 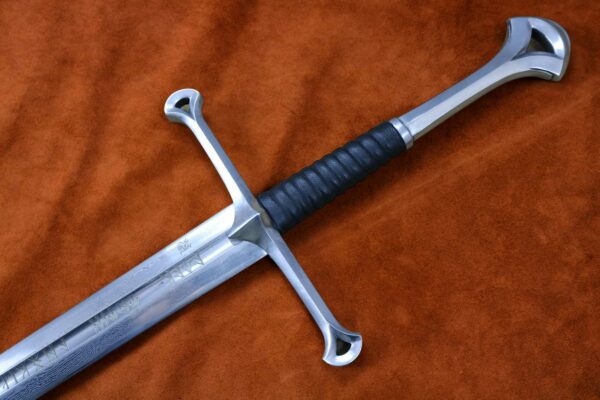 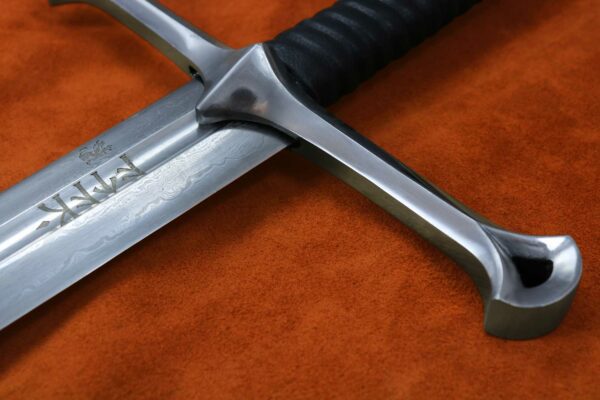 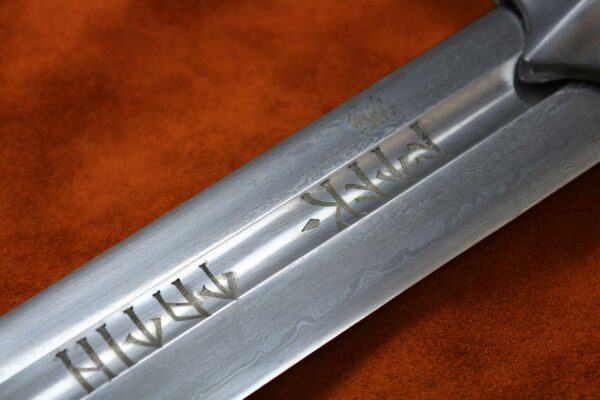 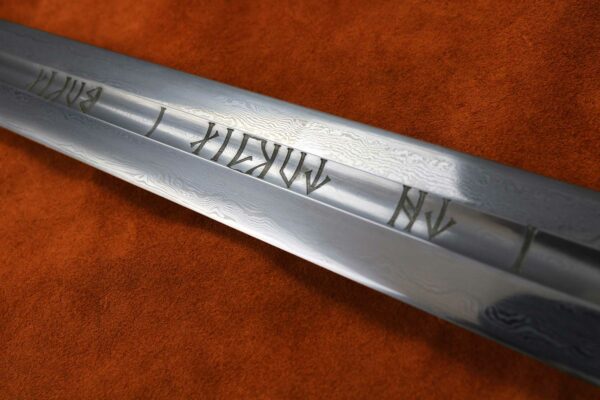 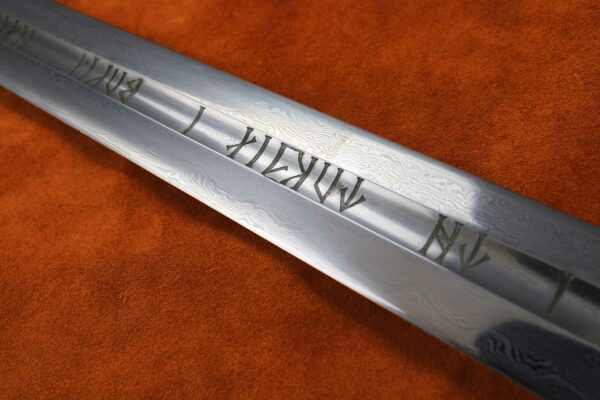 This is a folded steel version of one of our best selling swords….The Anduril.   The blade is forged in the traditional Japanese folded steel method, creating a beautiful and original pattern, created by multiple layers and the folding and pounding of steel over and over again. These patterns and construction methods are the same as those of the traditional Japanese Katanas.

The Lord of the Rings Anduril sword is a recreation from the popular trilogy written by J.R,.R. Tolkien. The Anduril is hand Crafted with 5160 High Carbon steel, dual hardened to a Rockwell of 60 at the edge and 48-50 at the core. The beautifully detailed leather handle is accentuated by the unique pommel, making this one of the most recognized fantasy swords. The blade is forged with a deep full length fuller.  read more… 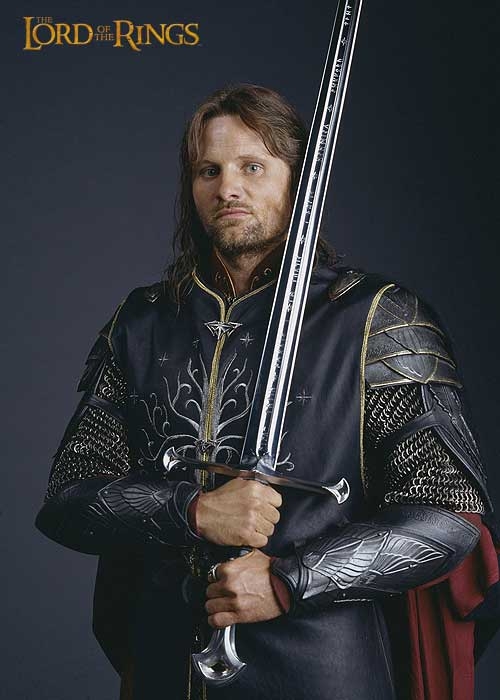 As fans of Tolkien’s incredible works, we at Darksword Armory are pleased to recreate the sword of the King of Gondor. The Darksword Armory Anduril is hand Crafted with 5160 High Carbon steel, dual hardened to a Rockwell of 60 at the edge and 48-50 at the core. The beautifully detailed leather handle is accentuated by the unique pommel, making this one of the most recognized fantasy swords. The blade is forged with a deep full length fuller. The Anduril sword, as with all our swords, is a powerful battle ready sword, capable of delivering considerable damage with a two-handed swing. Given the pommel geometry, the Anduril sword was not topped with a peened pommel but rather hot peened. That being said, the pommel and tang were heated and pressure set. This is a favorite among fantasy sword collectors, and for good reason. We are proud to contribute even in a small way to the appreciation of the work of a literary master such as Tolkien.

Rated 4.50 out of 5
520.00 USD – 675.00 USD
Select options
We use cookies on our website to give you the most relevant experience by remembering your preferences and repeat visits. By clicking “Accept”, you consent to the use of ALL the cookies.
Cookie settingsACCEPT
Manage consent