So the box has just arrived, and inside is your brand new sword. Perhaps you’re planning to put it on your wall, or use it for cutting practice. Regardless of what you’re planning to do, we have compiled a short list of things you can do and things that you should avoid doing with your sword.

Proper use of a Medieval Sword

What you should do:

1. Keep the sword’s blade oiled and stored in a temperature controlled space. 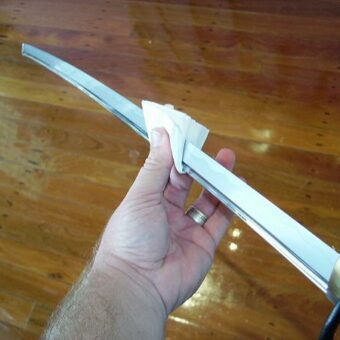 As odd as it may seem, a sword is a relatively delicate piece of equipment. Condensation on the blade caused by temperature changes, and even a fingerprint from the oils from your fingers, can cause it to
rust. The best way to protect it is to keep moisture and fingerprints from settling on it, and wipe it down with an oily cloth. The oil is easy to find – mineral oil from a drugstore will do nicely, and since a
blade requires relatively little of it for a micro-thin layer, one bottle will last you a very long time.

Temperature control is also important. Too much variation in the temperature can damage the fittings of your sword, as changes in heat can cause the wood of the grip to expand and contract, possibly cracking it. The sword should never be stored inside it’s scabbard for an extended period (2 weeks +). The leather will tramp condensation. This will eventually form rust on your blade if stored in the scabbard.

2. Using your sword for cutting tests 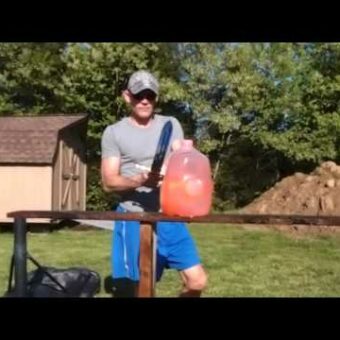 Most of the swords made by Darksword – and almost everybody else – are made with functionality in mind. Darksword prides itself on durable cutting swords that can stand up to plenty of punishment.

A number of objects make very good targets for cutting practice. Water filled plastic bottles explode spectacularly when struck with a good cut. Fruit such as watermelons or cantaloupes also make good targets. For those wanting a better human analogue, tatami mats can be found at a martial arts store – soaked overnight, they can be mounted on a pole and used for target
practice.

3. Use proper cutting angles before performing cutting tests to avoid damaging your blade 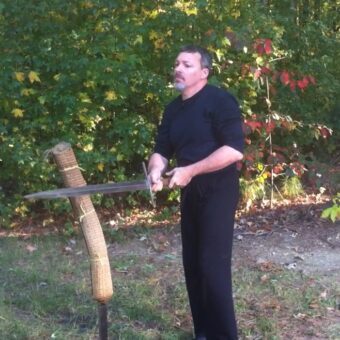 While it is a great experience to swing your sword and watch a plastic bottle explode from the impact, before this can happen your sword needs to be sharpened. The angle your edge is sharpened to will determine how well it will cut, as well as how well it will handle certain targets.

For example, most swords are sharpened to 30-35 degree angle. A thicker blade, or perhaps a blade that will be used only against softer targets, may be better off with a 25 degree angle. Knowing the angle you require is important – too small an angle and the edge may become too brittle to handle some of the heavier targets you want to hit; too great an angle, and the edge may not cut at all.

What you AVOID doing with your sword:

1. DO NOT use hard targets such as Glass Bottles, Rubber Tires or Wood. 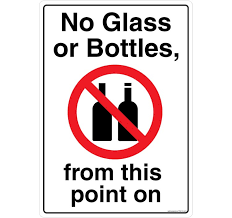 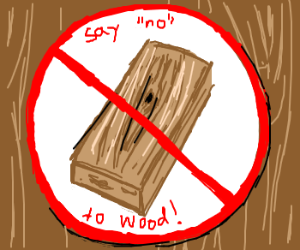 Some objects do not make for good sword targets, either because they will cause undue damage to the sword, or because they will be very dangerous to everybody and everything else around it. For example, glass bottles will shatter when struck by a sword, sending shards flying that can injure somebody.

While a rubber tire may seem like a good (and readily available) target for cutting practice, it can actually cause considerable damage to your sword. A good cutting target absorbs the force of a blow rather than reflecting it back. A rubber tire, however, reflects all of that force back, returning it to the sword. While the metal of the blade is heat treated in part to handle vibrations, the same cannot be said of the wooden handle, which can crack or break.

Finally, while one can certainly cut down a tree with sufficient effort with a sword, that sort of use is not something a sword was built for. A sword (made of Steel) is built to be a fast, nimble cutter, which means that most of its mass is nowhere near the point of impact with the target. An axe (made of Iron), on the other hand, is built to deliver massive force upon impact – most of its mass is directly behind the point of impact. Both are very different tools, used for different purposes. If you use your sword as an axe, the repeated use will dull and eventually break your blade.

2. Do not block incoming sword blows with the edge (ie, edge-on-edge combat). 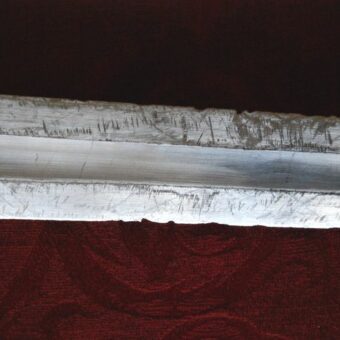 As exciting as swordplay in the movies and on television may be, it has next to no relationship to swordplay in the real world. In reality, static blocks were very rarely used, and when a sword was used to parry another, the parry was done with the flat of the blade.

The reason for this is simple – the edge of the sword is the active part of the weapon, and one does not want to damage it. Since it is sharp, and therefore has the least amount of material, it is also the easiest part of the blade to damage. So, if you strike the edge of another sword with the edge of your sword, you will most likely chip both swords. For further reading about edge to edge combat, please read “Edge Damage on Swords” by J. Clements and the Association for Renaissance Martial Arts (ARMA)

2 thoughts on “How to use a Medieval Sword”