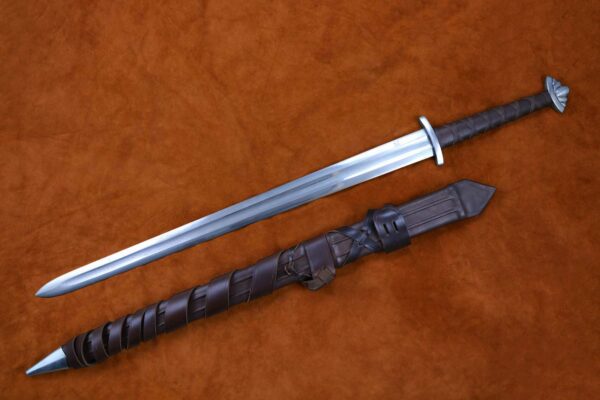 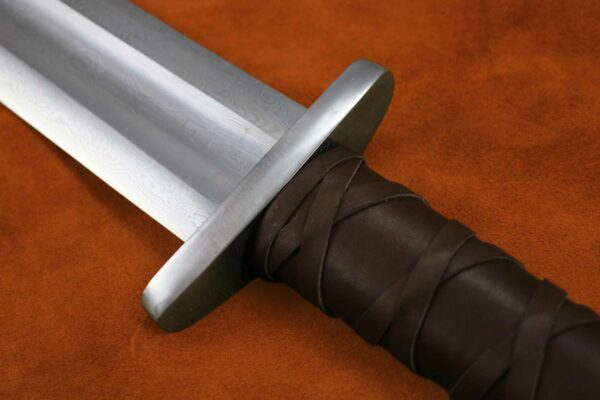 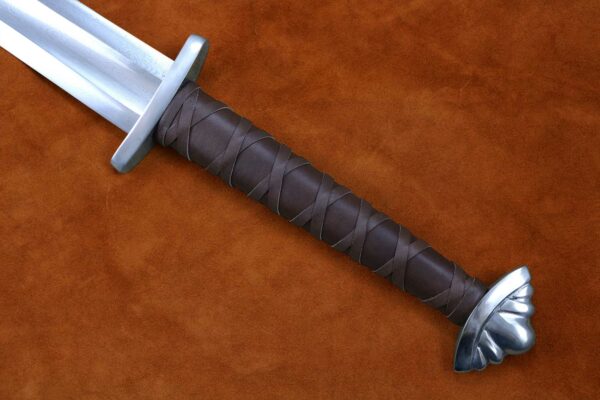 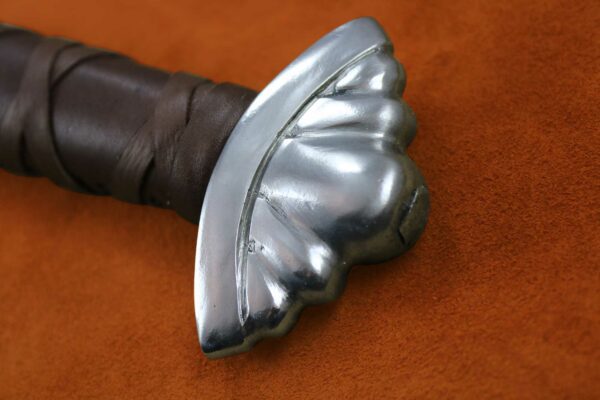 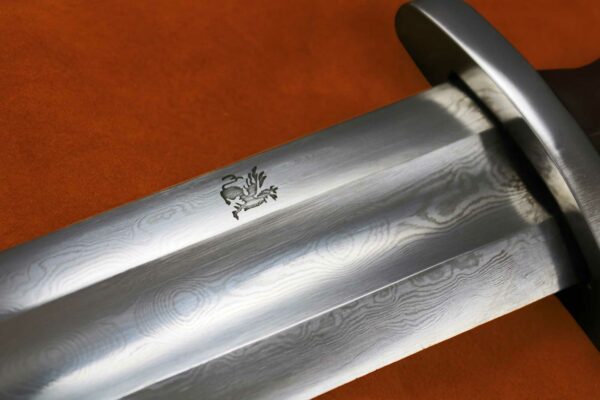 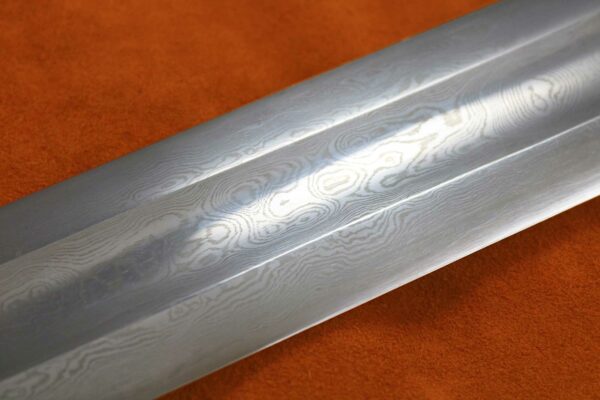 This is a folded steel version of one of our best selling swords….The Guardlan.   The blade is forged in the traditional Japanese folded steel method, creating a beautiful and original pattern, created by multiple layers of folded steel.

The Guardlan Viking Sword is a blend of history and modern design. Taking its inspiration from Norse culture, this battle-ready sword is hand forged and fully functional. A unique two-handed version of a traditional Viking design, the broad blade is significantly longer than our single-handed designs. The extra heft of the sword would be absolutely devastating in battle, capable of broad slashes that could cut down a warrior in his prime – or sweep an attacker from horseback.

This is not to say that the Guardlan has no basis in history. The basic design is still within the typical typology of the Viking sword – the most authoritative typology of the Viking swords was the Peterson Typology, written by Dr. Jan Peterson in 1919. Focusing on variations in pommel and guards to formulate a 26 category scheme, Jan Perterson created a typological reference to determine the date of each sub type. The distinct pommel identifies the Guardlan as a Type R, or “Five Lobe” style, one of the most recognizable types of Viking pommels.

Rated 4.67 out of 5
580.00 USD – 735.00 USD
Select options
We use cookies on our website to give you the most relevant experience by remembering your preferences and repeat visits. By clicking “Accept”, you consent to the use of ALL the cookies.
Cookie settingsACCEPT
Manage consent