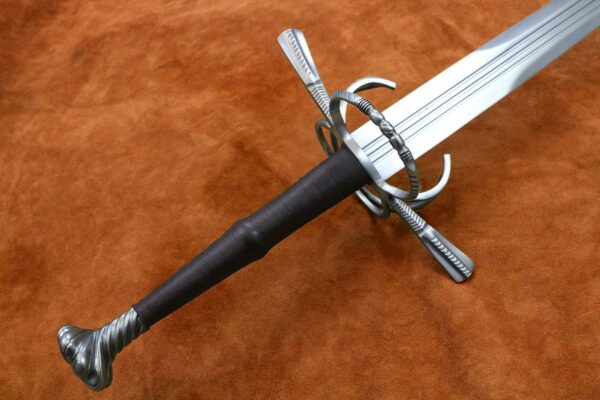 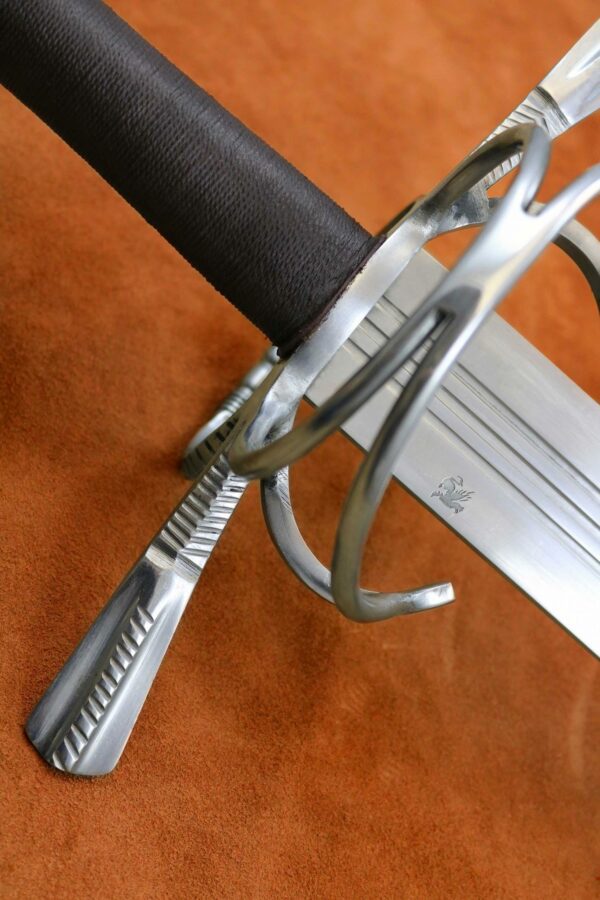 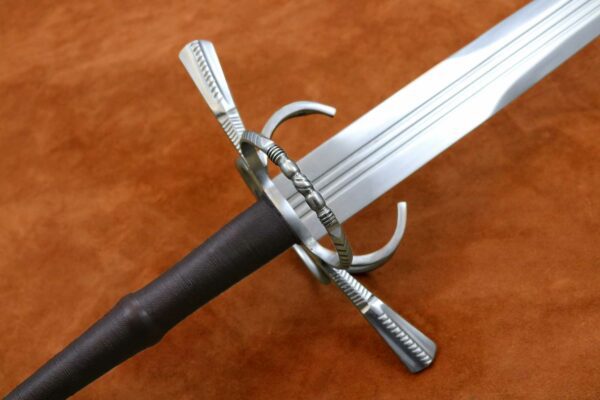 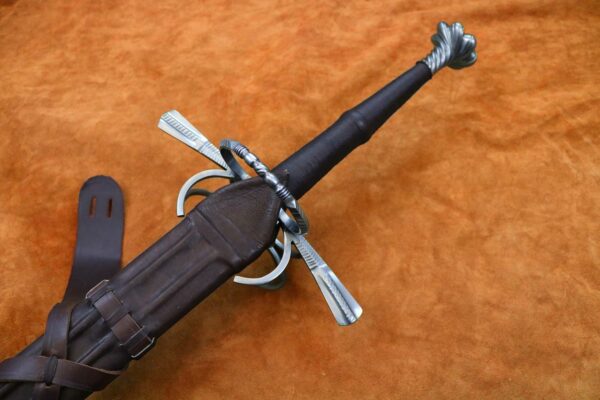 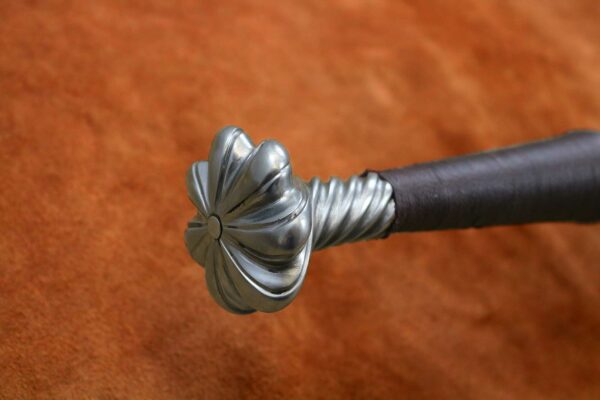 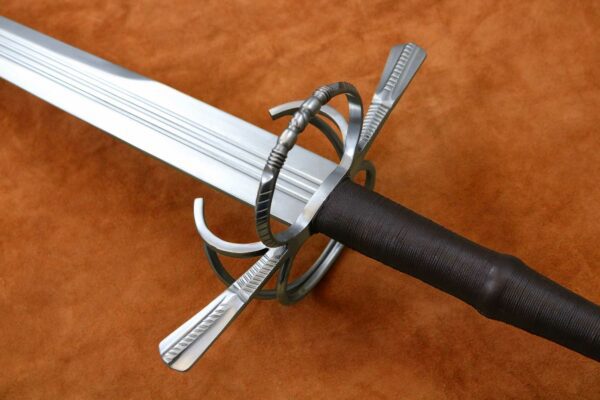 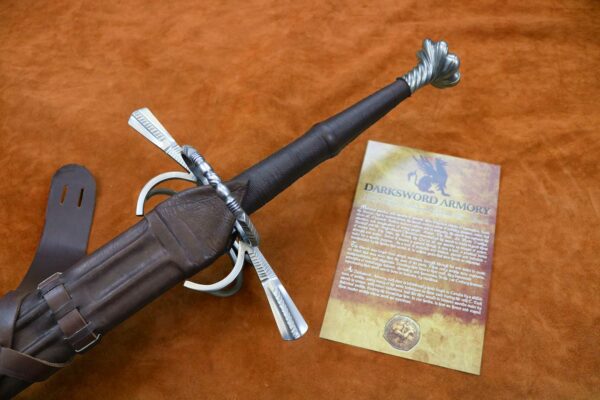 1500 – 1525 A.D Wallace Collection, A479. original found in the River Thames in London. Type XX The 16th Century Two-Handed Sword is based by the original, displayed at the Wallace collection, in London(Wallace collection, A.479). Its elegant complex hilt features side rings and finger rings for additional hand protection, and it has a triple-fullered Oakeshott type XX blade with a long ricasso. The blade is hand forged from 5160 High Carbon Steel, the grip high-grade leather wrapped around a wood core – In Short, the 16th C, Two handed Sword is a perfect weapon for the Renaissance battlefield or the judicial duel (read more…)

As the Middle Ages gave way to the Renaissance, the sword became more than just a knightly weapon – it became one of the essential arms of the infantry, as well as the weapon of a gentleman. The two handed sword had begun as an instrument of war, but now it evolved.

Swordplay in 16th century Germany was a refined martial art, with at least two centuries of development by masters of swordsmanship such as Johannes Liechtenauer, Sigmund Ringeck, and Hans Talhoffer. The longsword was used for judicial duels, which could be armoured or unarmoured. These duels made frequent use of winding and binding, as each swordsman tried to manoeuvre the tip of their blade into position to strike at their opponent’s head. All across Europe, knowledge of swordplay became a basic requirement for the Renaissance gentleman.

With the longsword being used more and more for duelling and by lightly armored infantry on the battlefield, the hilt began to evolve away from a simple cruciform shape. Finger rings, known as “the arms of the hilt”, were added to protect the forefinger when it was looped around the guard for extra leverage. Side rings were attached to the guard to protect the ungauntleted hand during deflections, binding and winding. These refinements, along with a knuckle guard on single-handed blades, would give rise to the rapier hilt.

The 16th Century Two-Handed Sword is based by the original, displayed at the Wallace collection, in London(Wallace collection, A.479). Its elegant complex hilt features side rings and finger rings for additional hand protection, and it has a triple-fullered Oakeshott type XX blade with a long ricasso. The blade is hand forged from 5160 High Carbon Steel, the grip high-grade leather wrapped around a wood core – a perfect weapon for the Renaissance battlefield or the judicial duel. 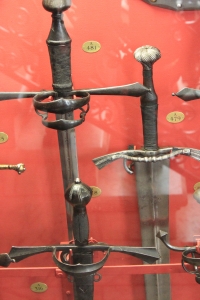 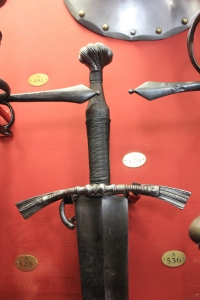 Rated 5.00 out of 5
540.00 USD – 695.00 USD
Select options
We use cookies on our website to give you the most relevant experience by remembering your preferences and repeat visits. By clicking “Accept”, you consent to the use of ALL the cookies.
Cookie settingsACCEPT
Manage consent