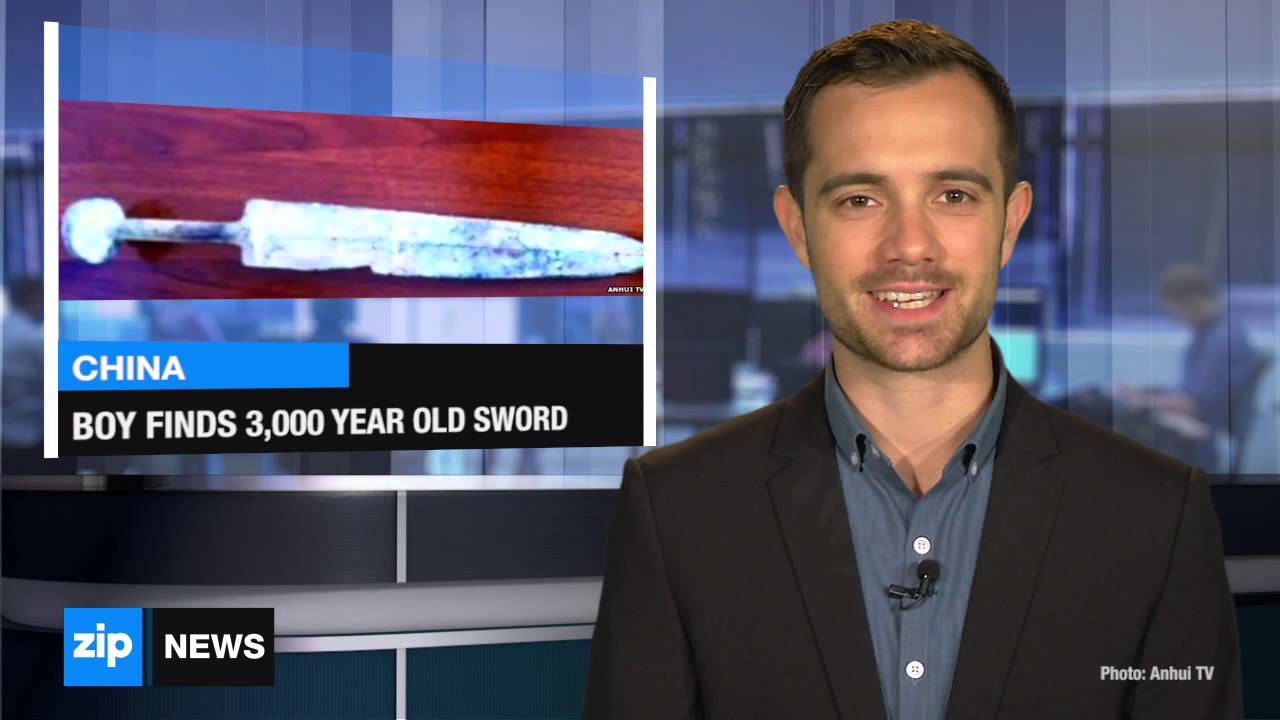 Yang Junxi, an 11 year old boy living in China, was casually washing his hands in the Laozhoulin River when he inadvertently hit some “seemingly” pointed object.  Pulling the hard flat object from the river, the boy inspected his find and decided to casually walk home to show the sword to his father.

Knowing little of swords, the father called the Gaoyou Cultural Relies Bureau, who after numerous tests, determined that the sword was made during the Bronze Age during the Shang or Zhou dynastic period, 3000 years ago. The Shang dynasty existed between1600 to 1050 BCE and were well known for being the first in producing bronze in large quantities.

While confirming the 3000 year old estimate provided by the Gaoyou Cultural Relics Bureau, Mr. Lya Zhiwei, declared that the sword was used as a symbolic tool of authority, rather than a weapon. The dating of the artifact, locked the sword as originating just prior to the rise of Chinese civilization.

The Laozuhlin River, where the ancient sword was found, was an active trade center since 486 BC. Today, the River is known as the Grand Canal. Since the 11 year Old’s finding, archaeologists have started extensive searches to uncover other archaeological artifacts.

Yang Junxi, the young boy who found the sword, was eventually rewarded an undisclosed amount and given a certificate for “donating the historical artifact”.