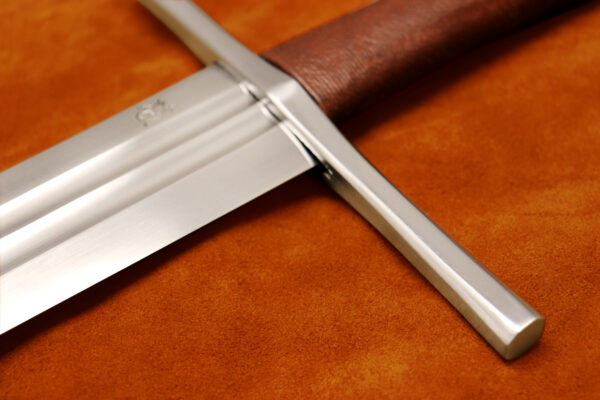 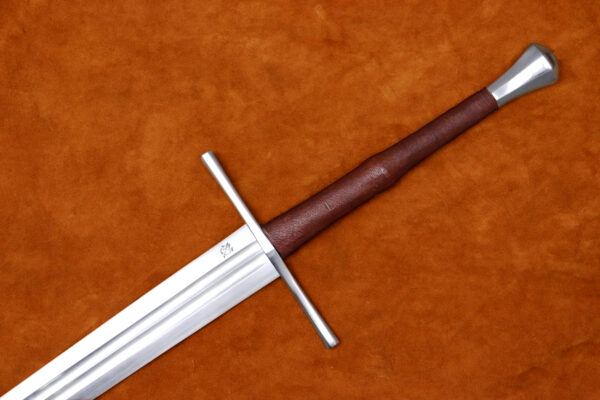 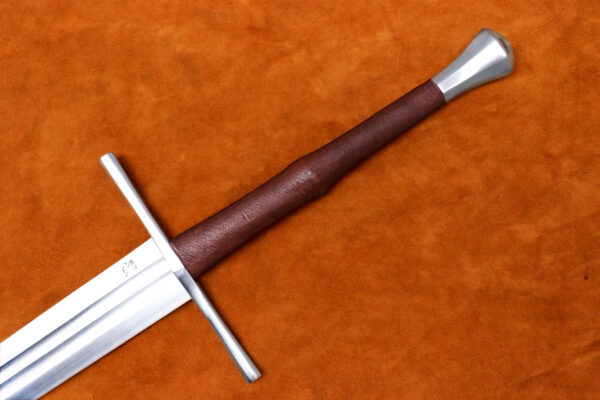 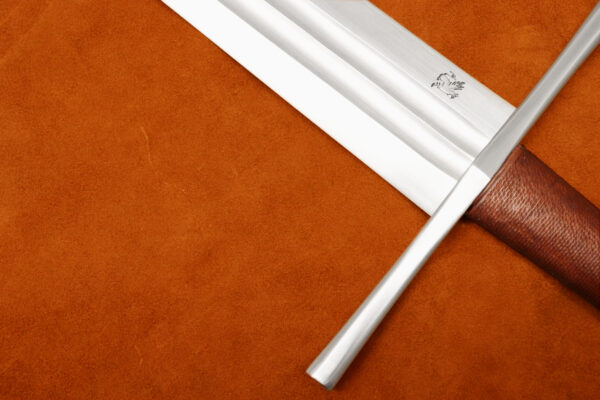 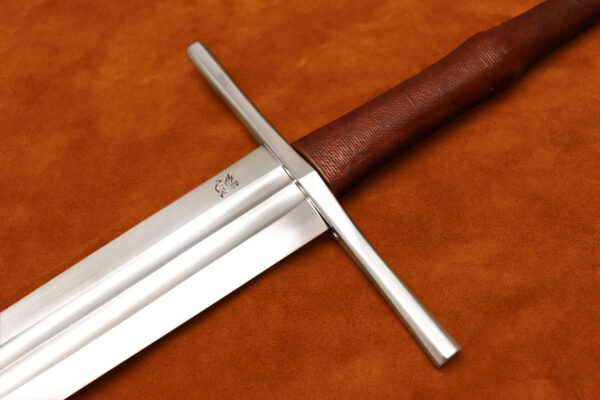 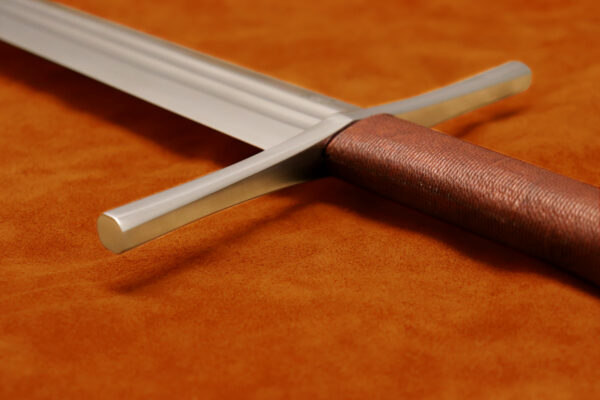 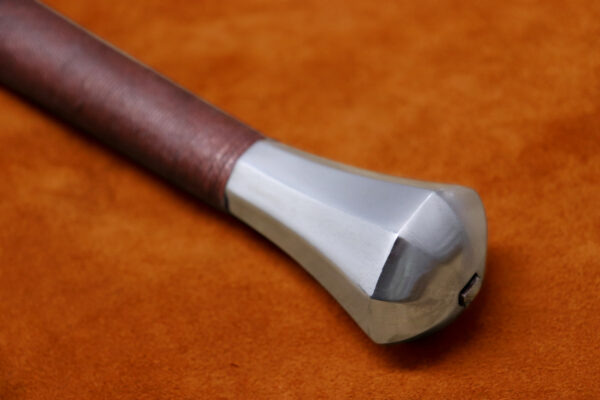 Our latest sword, The Baron is an extremely well balanced Medieval weapon that is fun to wield. We are very proud of this piece. It is light, responsive, seamless and a true joy to wield. Exemplifying the spirit and aesthetic of pre-Renaissance Italy, the Baron Sword is a classic transitory piece. The Baron longsword is based on the Oakeshott Type XVIa design, a style of longsword that was an evolutionary step between the arming swords of the Middle Ages and the fencing longswords of the Renaissance. The long, double-fullered blade performs incredibly well when put through its paces, straddling the line between light handling and power. Steel fittings and a scentstopper pommel complete this piece, a powerful reminder of the early days of Italy’s transformation into the hear of Renaissance Europe.

Whoever wants to see fencing as one beautiful song

Should study this book that the scholar Fiore has made:

Which book is called the Flower of Battle.

Compared to Eastern Martial Arts there exist relatively few surviving examples of historical European swordplay (sometimes called Historical European Martial Arts). Variations of incredibly well-documented Eastern arts exist across Asia, whereas the European examples are much more sparse. This is not to say that no such training existed – we do have some surviving texts, and while fencing schools typically did not stay in operation for centuries after swords fell into disuse we do have some idea of what was taught. Tragically, though, the oldest training regimes are lost to time. The exception to this is the works of Fiore dei Liberi, late 14th century knight and author of one of Europe’s oldest known fencing manual – Fior di Battaglia, The Flower of Battle.

Born in 1350 CE Italy to noble heritage, Fiore dei Liberi belonged to a family of landed knights in service of the state. From a young age Fiore showed significant prowess in the arts of martial combat, and his family paid well for him to train

under Italian and German masters. Blessed not only with skills but with no small amount of confidence, Fiore advanced to the point that his masters purportedly began asking him to train them. According to his writing Fiore defeated several of the most “unworthy” of those masters in duels with sharpened swords, and left sometime prior to 1383 CE to begin travelling and training students across the Empire.

The text of Fior di Battaglia grew out of Fiore’s experiences and expertise. Part an account of Fiore’s deeds, part instruction manual on melee combat, the book is startling in its scope and breadth. Grappling, dagger-fighting, one-handed sword, sword and buckler, spear, quarterstaff, polearms, and the two-handed sword technique that would be perfected during the Italian Renaissance. Four copies of Fiore’s manuscript survived, giving us an incredible inside look into the mind and art of one of history’s greatest swordmasters – and the foundation on which much of the great Italian school of fencing was built.

The Baron Sword is a true longsword of the early Renaissance Italian style. Growing out of the designs of the late Middle Ages, the Baron – classified a Type XVIa in Oaeshott’s typology – is exactly the kind of sword that would be used in the Italian fencing schools. The long, tapered blade comes to a sharp point suitable for the cut-and-thrust two-handed style common in the Italian schools, and has deep double fullers that are more commonly seen on later European designs. The extended cruciform guard and scentstopper pommel, also distinctly Italian from this period, give the weapon a unique appearance. And when it comes to handling, the Baron will not disappoint – the long handle and stiff blade are perfectly balanced, and to more through even the most demanding technique with ease.

Bringing together all the lessons learned during long years of the Middle Ages, combined with the talent and skills of early Renaissance Italy, Italian swordmanship is among the pinnacle of what Historical European Martial Arts can offer. The Baron Sword would be an appropriate weapon for any student of those ancient masters – perhaps even good enough for the great Fiore dei Liberi himself

The blade, hand forged with 5160 High Carbon Steel, is skilfully Dual Hardened for precise cutting while remaining flexible for enduring combat. In a nutshell, the Baron Longsword is a finely crafted sword that is built to last !

Rated 5.00 out of 5
590.00 USD – 720.00 USD
Select options
We use cookies on our website to give you the most relevant experience by remembering your preferences and repeat visits. By clicking “Accept”, you consent to the use of ALL the cookies.
Cookie settingsACCEPT
Manage consent