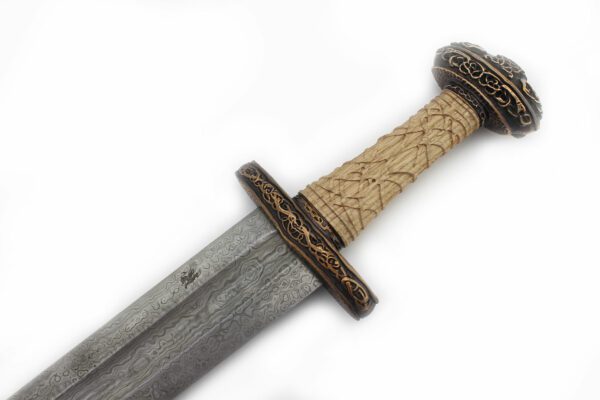 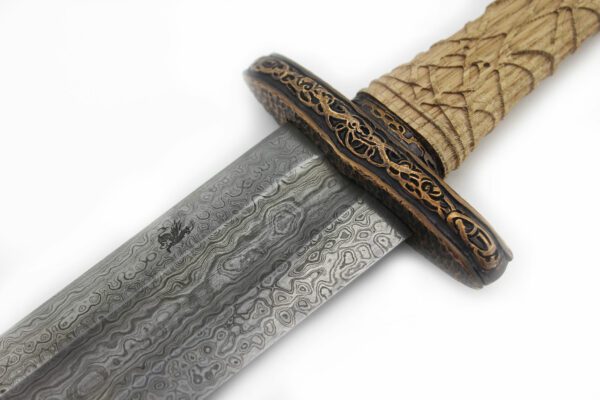 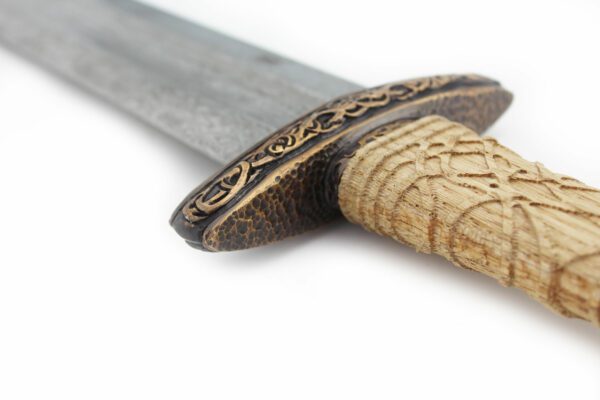 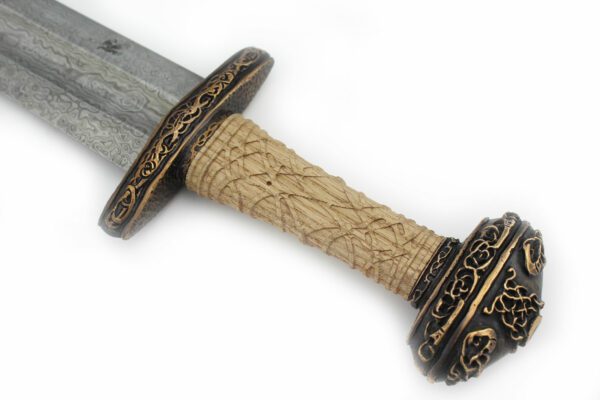 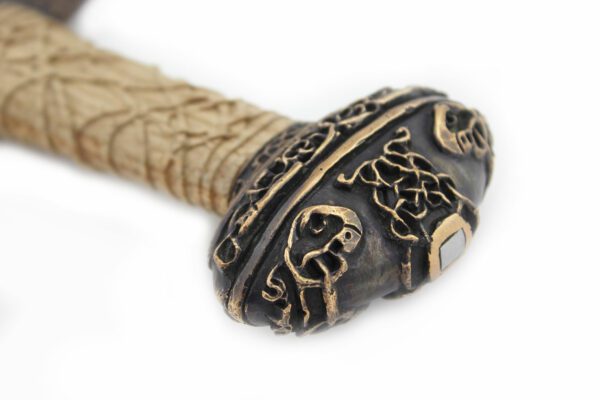 The Einar Viking Sword is Limited to 800 copies Worldwide
It was an age of adventure and savagery. A time when Vikings piled into longships to set out across the seas, raiding and settling the lands they found. But far more than just savage barbarians, they were also farmers, poets, traders, and explorers.

Their stories can be found in the Vinland Sagas. Part of the Icelandic Sagas, and evoking the legendary names of Einar and Erik the Red, the Vinland Sagas represent the most complete information about the Norse exploration of the Americas and paint a vivid portrait of a heroic world long lost and the amazing people who inhabited it. The Vinland sagas originate from the same land as Njal and Gunnar, as told in Njal’s Saga, two friends whose families’ unending feud would bring them to a violent end. As the tragedy of Njal’s family unfolds, Grettir the Strong’s
strength and temper transform him into a hero, an outlaw, and a villain. Across the sea in England, Egil Skallagrimson adds to his legend to become a warrior poet above all others. And, outlawed from his home in the wake of the feud, Erik the Red sails far to the west to discover new lands, founding the doomed settlement known as Vinland

Rated 5.00 out of 5
816.64 CAD – 1,020.80 CAD
Select options
We use cookies on our website to give you the most relevant experience by remembering your preferences and repeat visits. By clicking “Accept”, you consent to the use of ALL the cookies.
Cookie settingsACCEPT
Manage consent