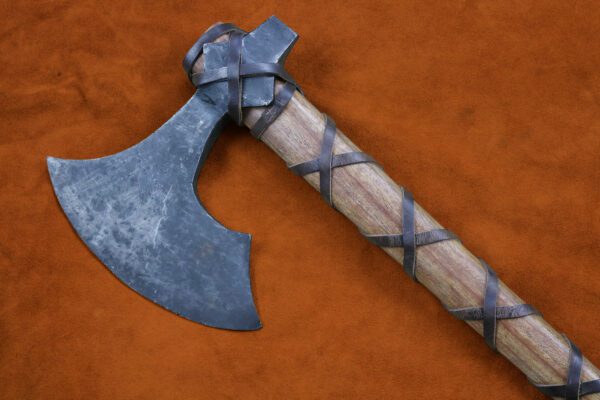 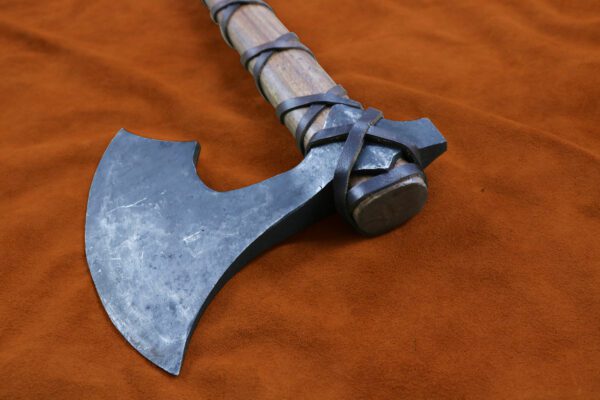 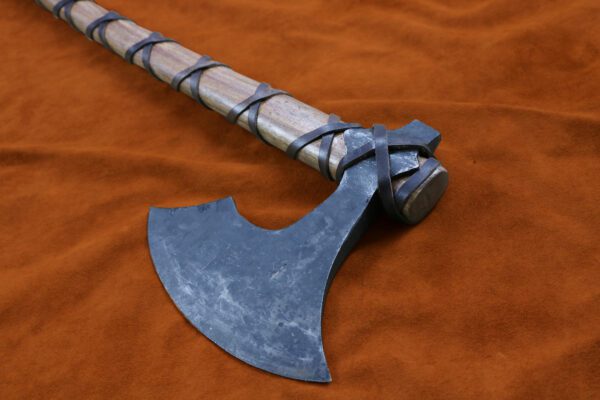 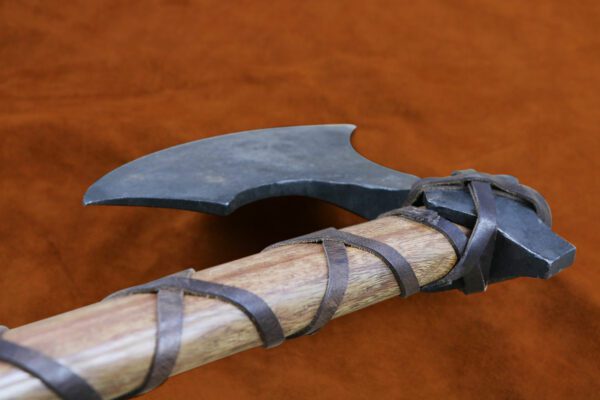 Many modern fans of Norse culture are quick to point out that, contrary to popular belief, not all Norsemen were brutal warriors. According to many amateur and actual historians the pop culture depictions of Vikings as thugs are inaccurate, misleading, and borderline offensive. The Norse were a noble people with a culture rich in art and tradition, not bloodthirsty killers.

Then there is Eric Bloodaxe.

The full tale of Eric Haraldsson is a convoluted tale. Much of what we know comes from the Viking sagas composed centuries after his death, and the contemporary accounts of his life are mixed and conflicting. Even the origins of his nickname – “The Bloodaxe” are uncertain – was he named so because of his victories in Viking raids? Or due to the murders he committed against his family?

Born in 885 CE, Eric was favoured son of King Harald Finehair of Norway. Which was fortunate, as Eric reportedly murdered most of his brothers during his rise to power. According to the sagas, Eric was so fearsome a warrior that by the age of 12 he was given several ships and embarked on a series of Viking raids and pirating expeditions, raiding as far away as Wales, Italy, and northern Russia. As he grew older and was marked to succeed his father the strife with his brothers reached a fever-pitch. Numerous bloody battles were fought until Eric emerged as one of the only surviving members of his family; when Harald died in 930 CE Eric succeeded him as king – for a time.

By some of the reports available we can infer Eric Bloodaxe’s rule was harsh, despotic, and wildly unpopular with his nobles and his people alike. Thus, when his younger half brother Haakon (known as “Haakon the Good,” a sharp contrast with his elder brother) returned from being fostered in England there was a brief but likely memorable coup resulting in Eric fleeing to England and Haakon ascending the throne sometime in late 933, early 934 CE.

Apparently impressing the English king Athelstan, Eric was granted the rule of Northumbria, a notoriously difficult area to rule. This is according to the Sagas, however – some English sources suggest this was a hostile takeover. Due to political turmoil (and possibly his legendary temper) Eric’s rule was a time of strife in the kingdom. He reigned for two separate periods (947–948 CE, 952–954 CE) before his life was ended by betrayal. In 954 CE Eric was fleeing Northumbria after his latest attempt to successfully rule fell to pieces. One of Eric’s officials and companions, a man named Osulf, reportedly conspired with the warrior Maccus, and Eric Bloodaxe was ambushed and killed in the mountains of north west England. Despite this ignoble end (and a convoluted and disputed history), Eric Bloodaxe remains one of the more popular characters from Viking lore.

This latest axe by Darksword Armory is an homage to the legend and character of Eric Bloodaxe. The head is of a common variety often see in Viking artwork and surviving artifacts, with a long cutting edge and a dropped back point. The reverse of the head is a solid, chisel-shaped hammer, ensuring that regardless of which side is used to strike the axe will be devastatingly effective. The metal is blackened to reduce the dangers of rust, and the long wooden shaft is wrapped in leather strips to give it a savage, battle-worn appearance. This axe is a highly effective and beautiful piece from Darksword Armory, and we invite you to add it to your collection – though we ask that it not be used to live up to the name of Eric Haraldsson.

Be the first to review “Viking Bloodaxe (#1754)” Cancel reply

Rated 4.50 out of 5
651.27 CAD – 702.35 CAD
Select options
We use cookies on our website to give you the most relevant experience by remembering your preferences and repeat visits. By clicking “Accept”, you consent to the use of ALL the cookies.
Cookie settingsACCEPT
Manage consent