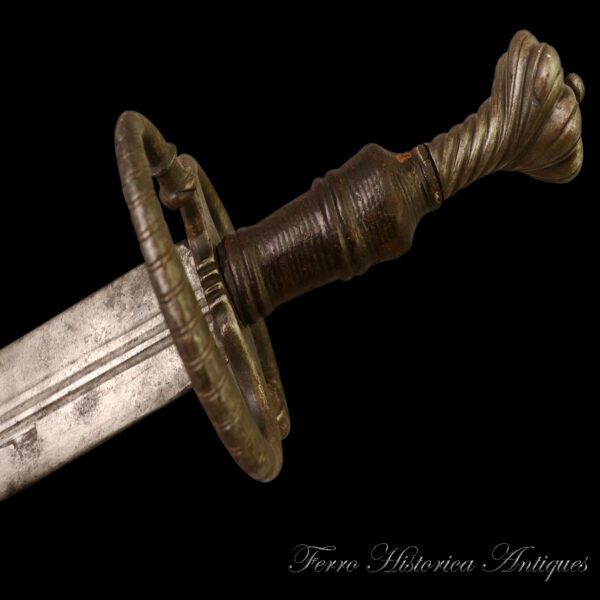 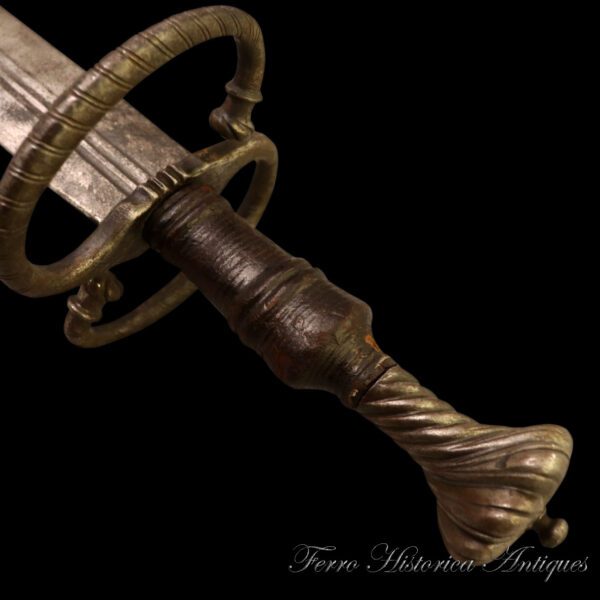 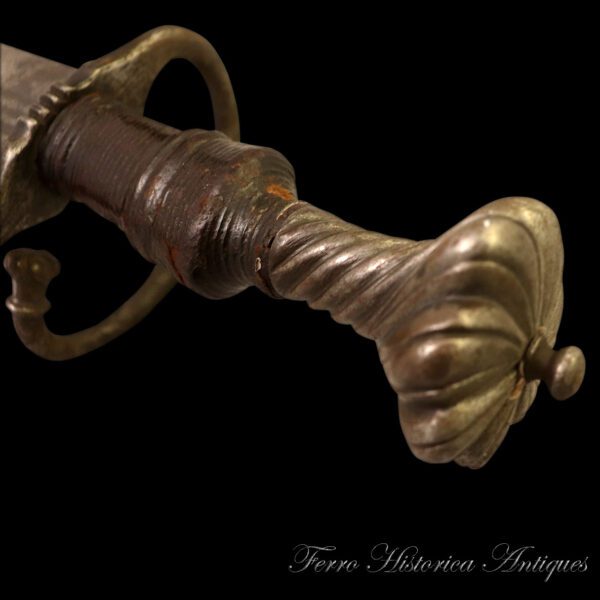 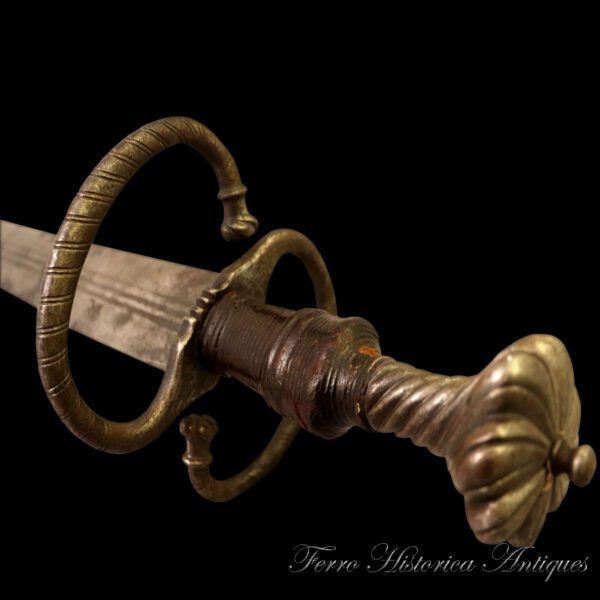 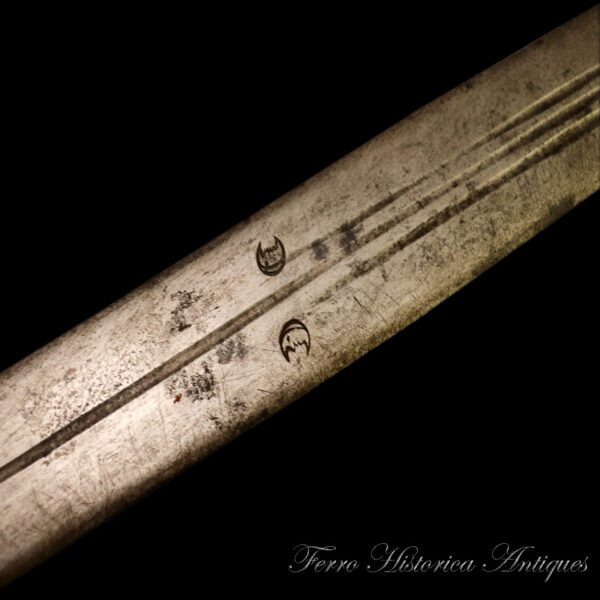 The advent of superior metallurgy, forging practices, and materials allowed for European swords to evolve in a completely new direction. The early 16th century saw the rise of the rapier, a (comparatively) slender double-edged sword that not only saw use in military service but in civilian defense and dueling. The rapier’s popularity and widespread use led it to become known as the sword of the renaissance. However, it was not the only new design that emerged during this period.

Developing in parallel to the rapier during the 16th century was the short, broad sword known as the Katzbalger. Unlike the rapier the Katzbalger was squat by comparison, the blade thick but typically only reaching 50-60com in length. This made the Katzbalger more effective against heavier weapons such as the Zwehanders that would have been seen in this era. The distinctive S-shaped guard (arguably the Katzbalger’s most recognizable feature) provides additional support for this use – dueling swords (such as the aforementioned rapier) had cup or swept-hilt guards designed to protect from thrusts. The S-guard would have had limited effectiveness against a slender rapier, but would have held up to much more demanding use in the field.

Katzbalger were popular with the German mercenaries known as the Landsknecht (“Servant of the Land,” lit. Land Knight), and served as a sidearm to the primarily pike-wielding warriors. Similar to the use of a gladius by spear- and pilum-wielding Roman legionnaires, these sidearms would be drawn and used to stab or slash at opponents’ abdomen during a pitched melee when opponents were too close for pike or crossbow. This may explain one possible meaning of the name (“Cat-Gutter,” referencing how close-quarters combat was like a heated catfight).

This mid-19th century Katzbalger is a Victorian reproduction of a 16th-17th weapon. The blade, while worn and patinaed throughout its length, is still bright and free of deeper, more structural corrosion. Katzbalgers are known for having more than one fuller, and this piece is no exception. Three fullers grace the flat of the blade, with the outer fullers travelling approximately 1/3 the length of the blade while the center fuller travels a fulsome 2/3 length (45 cm fuller). As do many Katzbalgers this piece terminates in a spatulate tip. The blade is adorned by a distinct stamped maker’s mark of faced crescent moons addorsed (facing opposite directions away from the center of the blade). Moon symbology appeared frequently on European swords, especially swords of German origin and generally signified high quality. This particular maker’s mark was associated with blades from the West region of Germany, indicating that this piece’s origin was likely to be in or near the city of Solingen.

The brown leather-wrapped handle has been well-preserved. As with many such weapons the oiled leather has matured in colour and depth, showing such wear as it experienced without significant degradation. A thick riser at the bade of the hand provides both comfort and stability, preventing slippage and bracing the grip. The riser shows the most wear of the entire handle with minor scoring and
discoloration visible, possibly due to the edge of a gauntlet or mail glove. While Katzbalgers could come in two-handed varieties this is a single-handed version, though the handle is long enough for a two-handed grip should such leverage be needful.

The classic S-shaped guard indicative of this sword type is present. Unlike other, more decorative examples this guard is sculpted simply and with subdued adornment compared to parade weapons. The “braided cord” design is common throughout surviving Renaissance weapons, but in this piece the lines are subtle, indicating an emphasis on strength and function. The sculpted end at the terminus of the guard are likewise understated. It is in the pommel where signs of true artistry emerge. The delicate folds spiral towards the base, resembling the tassel of an altar-cloth so much more than the handle of a weapon. This design, often given the description of a “writhen” pommel or hilt, is evidence of the trend begun during the Renaissance and brought to fullness in the Enlightenment of adorning arms and armor as works of art. This piece shows us this balance between form and function, and we are exceedingly fortunate to witness and learn from its survival.

Be the first to review “German Katzbalger (88102)” Cancel reply 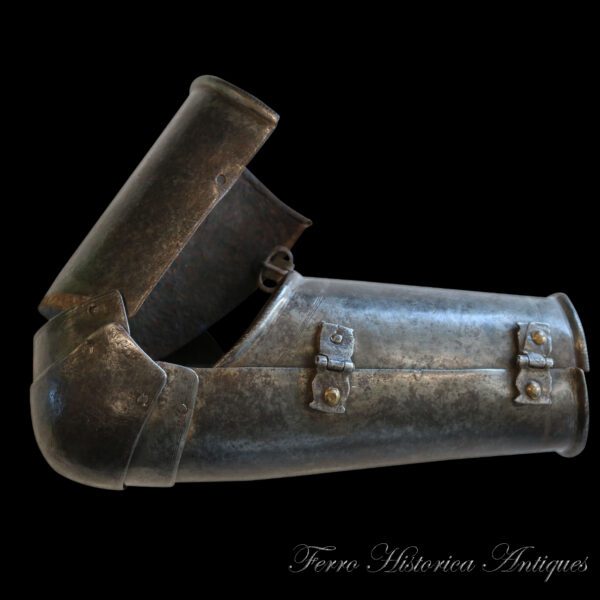 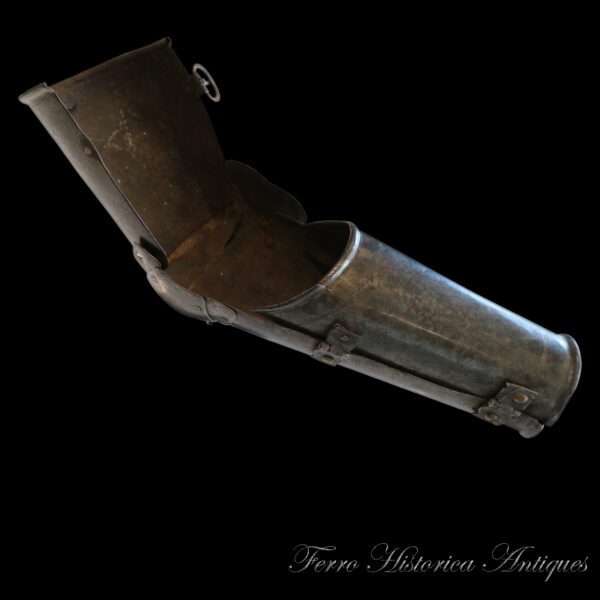 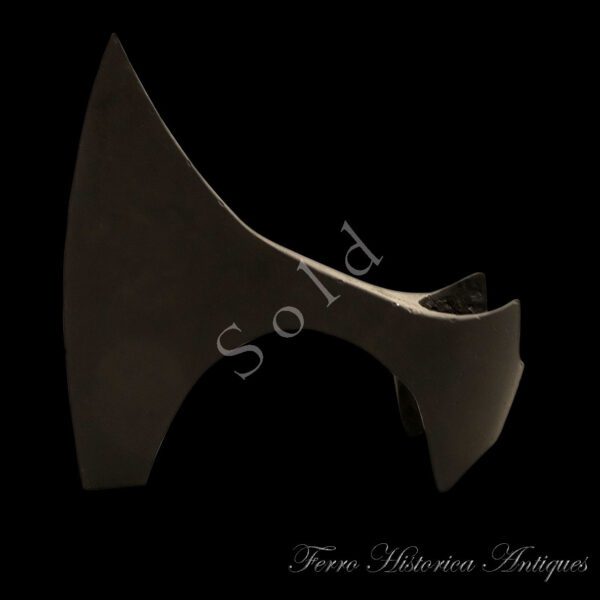 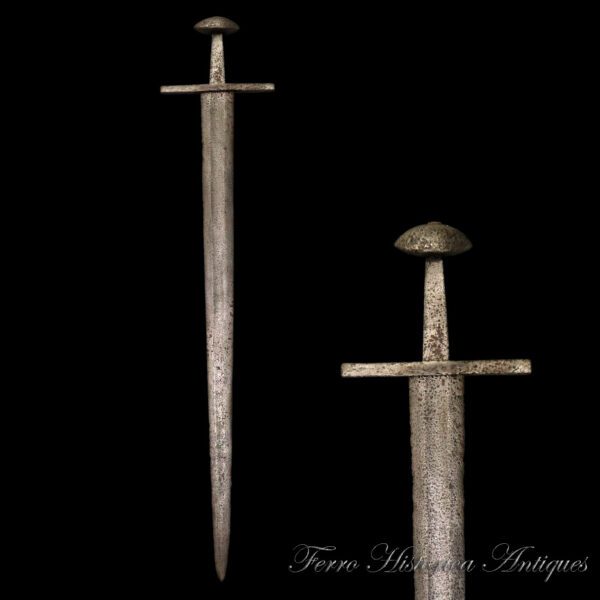 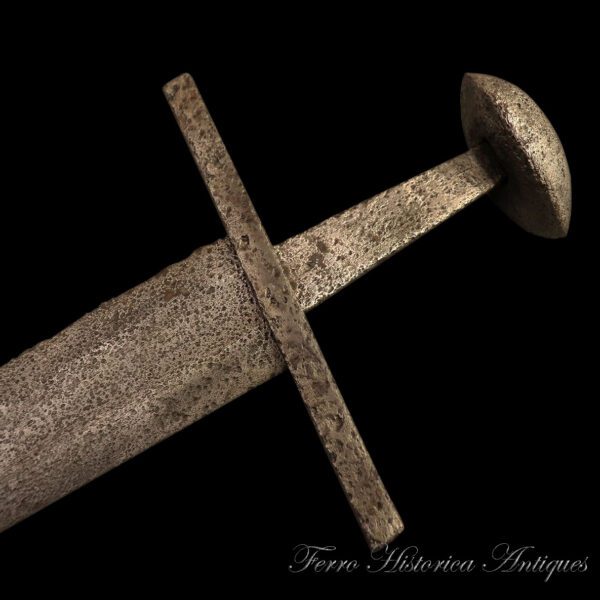 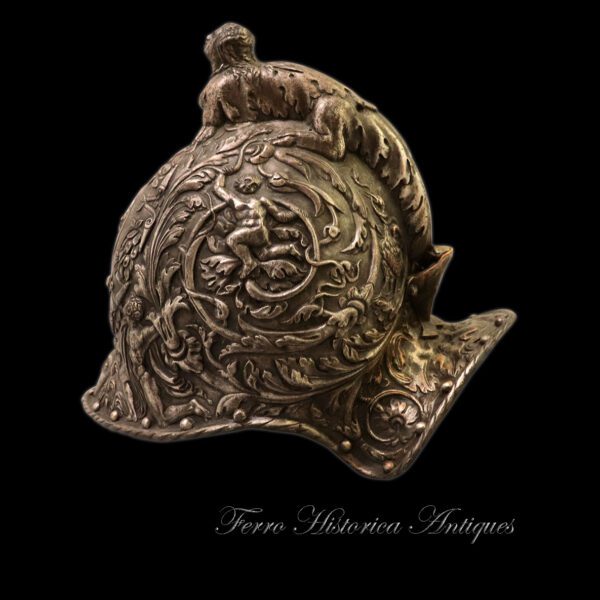 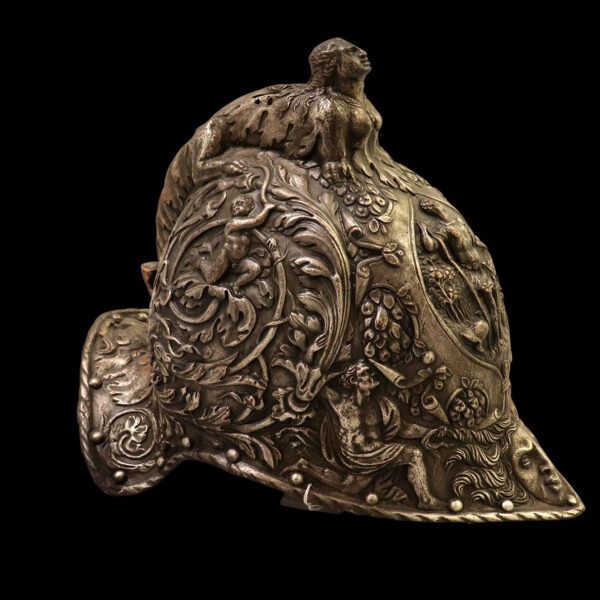 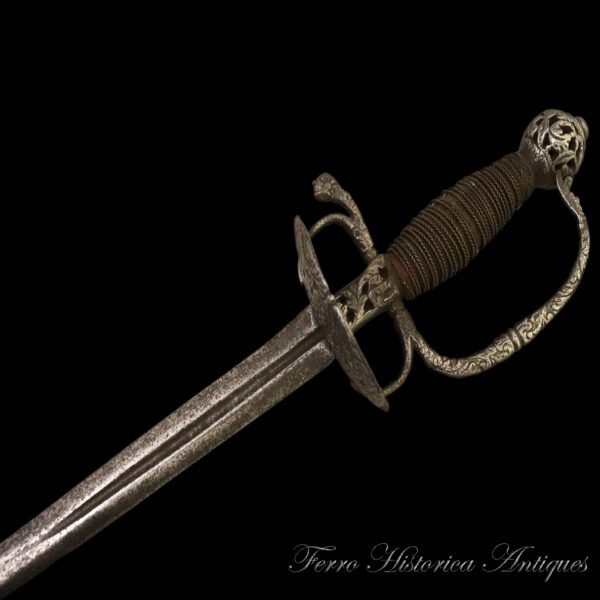 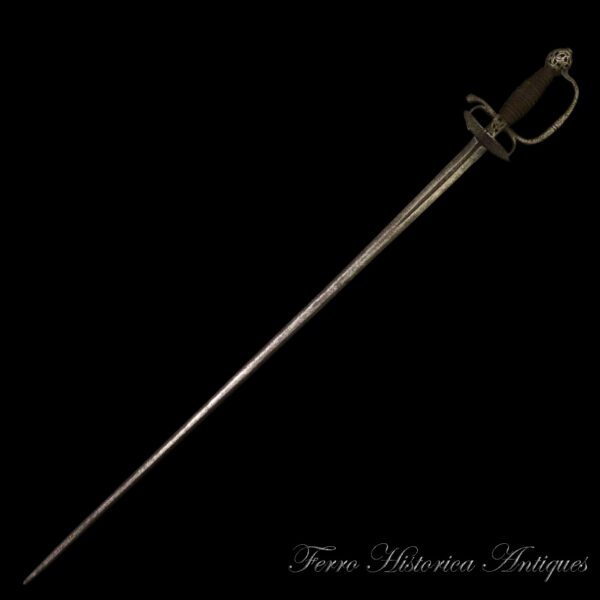 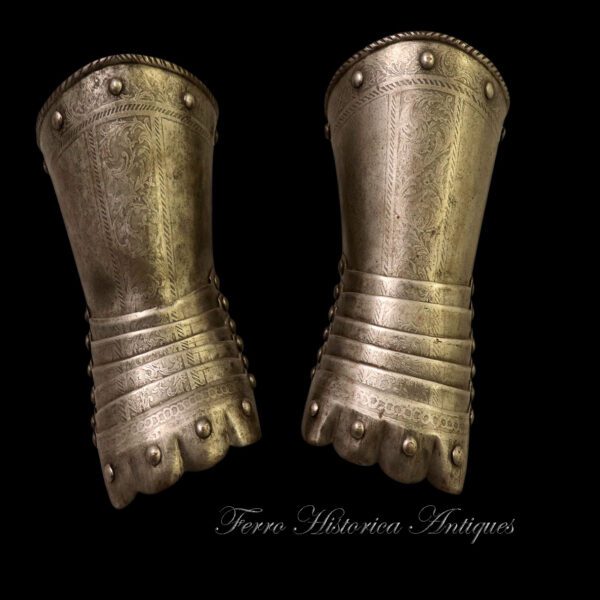 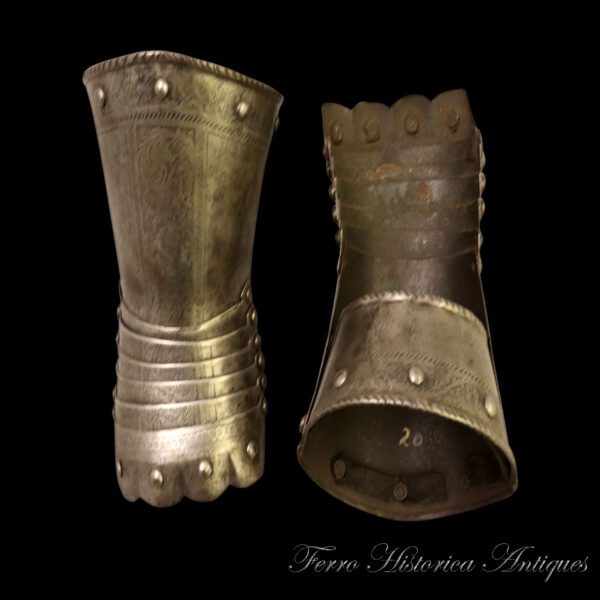 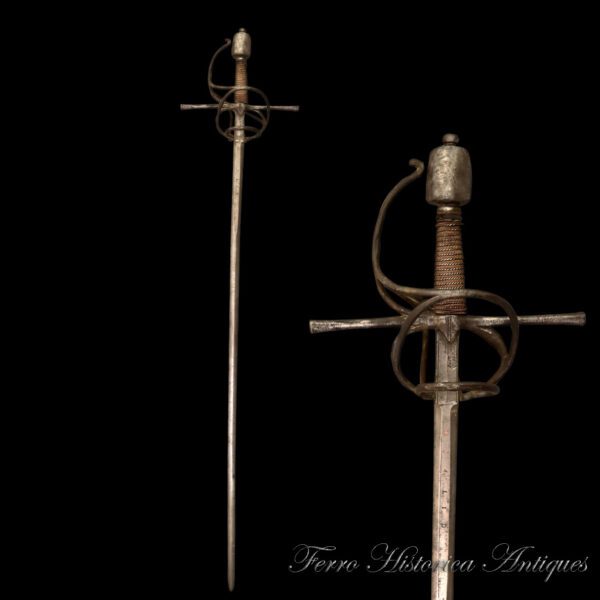 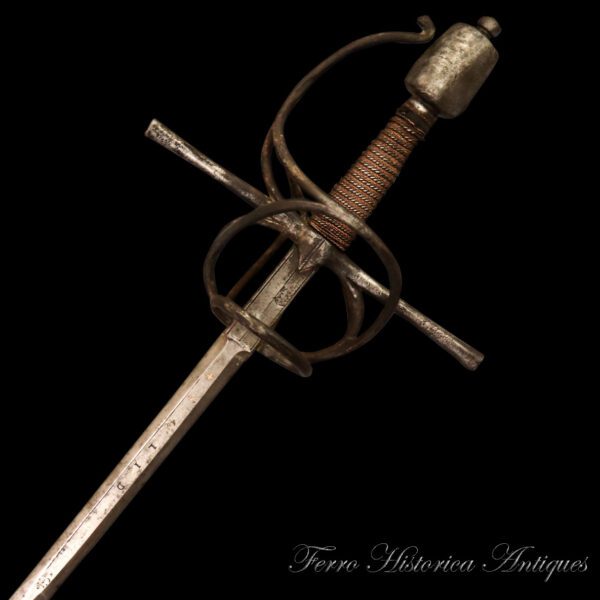 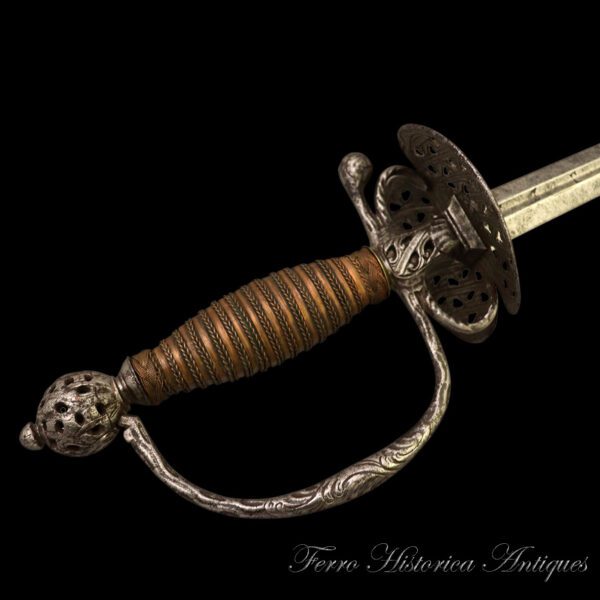 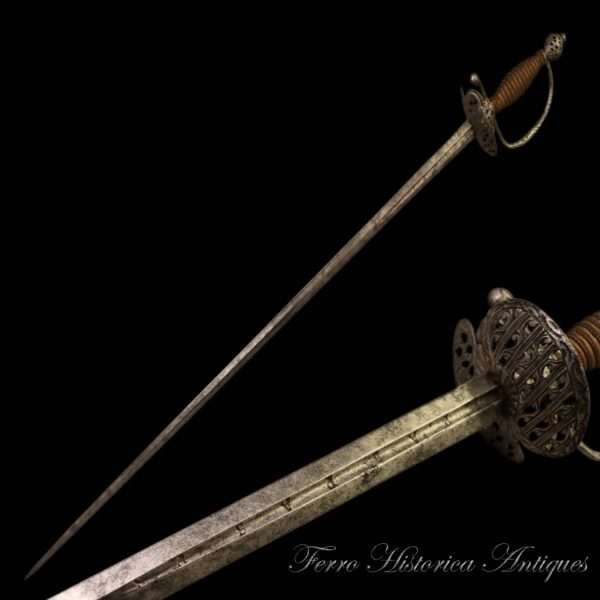 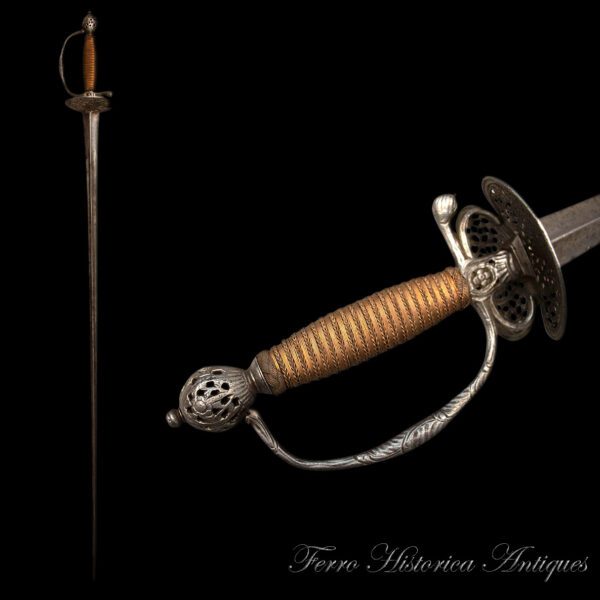 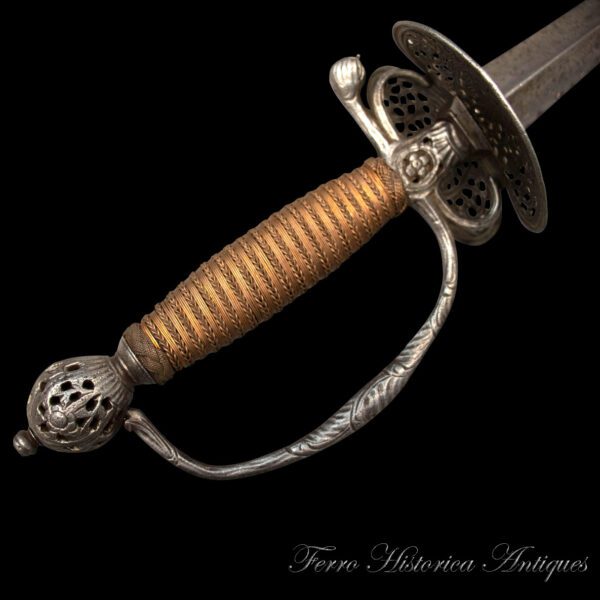 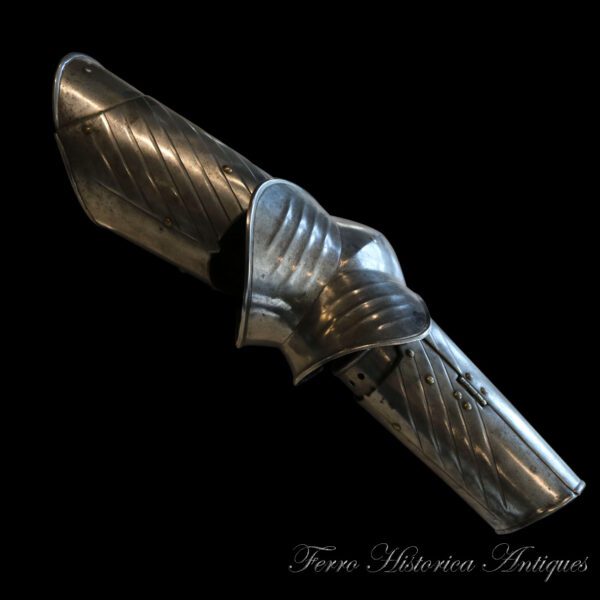 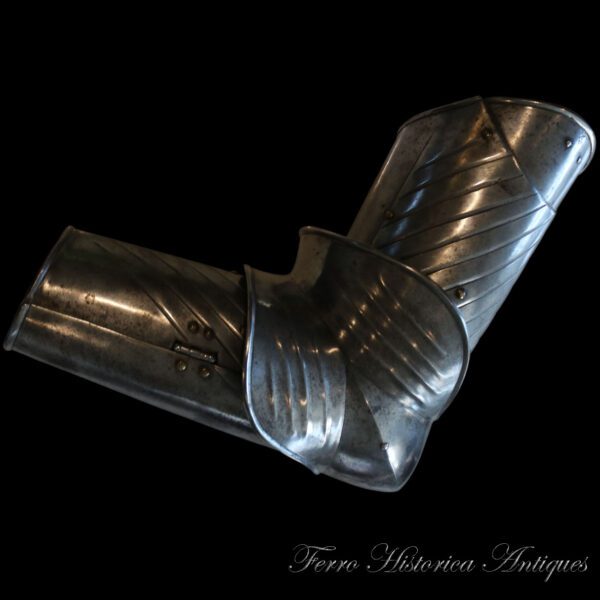 1,400.00 USD
Add to cart
We use cookies on our website to give you the most relevant experience by remembering your preferences and repeat visits. By clicking “Accept”, you consent to the use of ALL the cookies.
Cookie settingsACCEPT
Manage consent