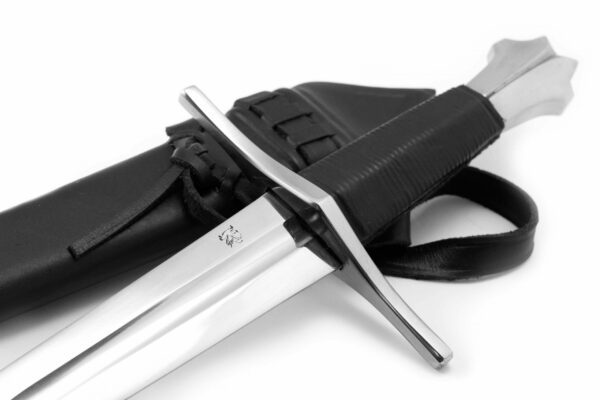 This “fishtail” Gothic Dagger was very popular in Germany during the mid to late 15th century. As the Middle Ages progressed, this versatile dagger continued to evolve according to the battlefield requirements of the day.

This “fishtail” Gothic Dagger was very popular in Germany during the mid to late 15th century. As the Middle Ages progressed, this versatile dagger continued to evolve according to the battlefield requirements of the day and became an essential part of the medieval Knight’s arsenal. As its companion sword, shown in the third page of the sword gallery, the Gothic dagger illuminates the artistic creativity of the time, resulting from the Gothic artistic revolution in the arts. The clear crisp blade and details hexagonal quillions and crisp fishtail pommel attest to this artistic revival. Swords and dagger of the 15th C. were not only exceptionally engineered, but also showed clear artistic patterns and influences from the gothic architectural structures of the time. 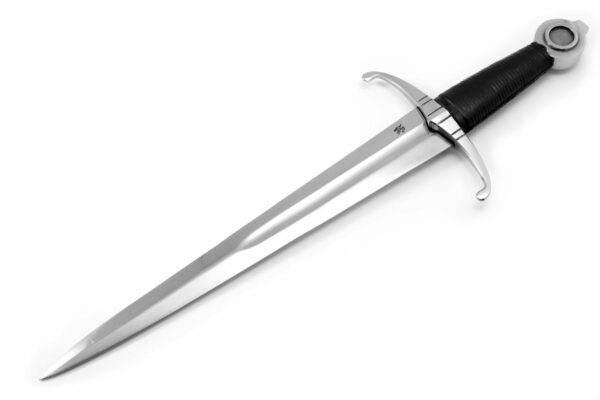 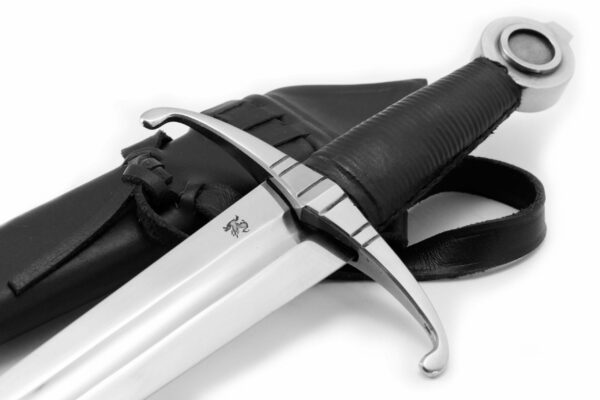 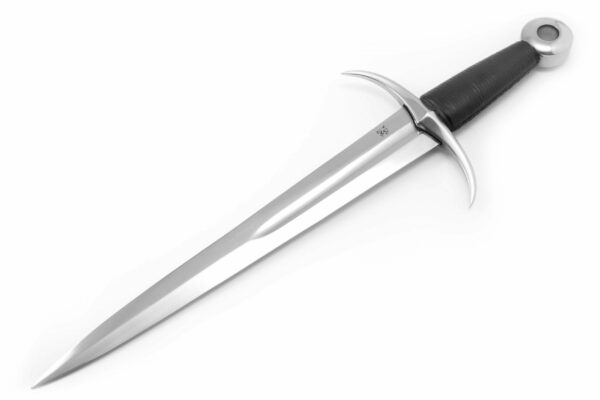 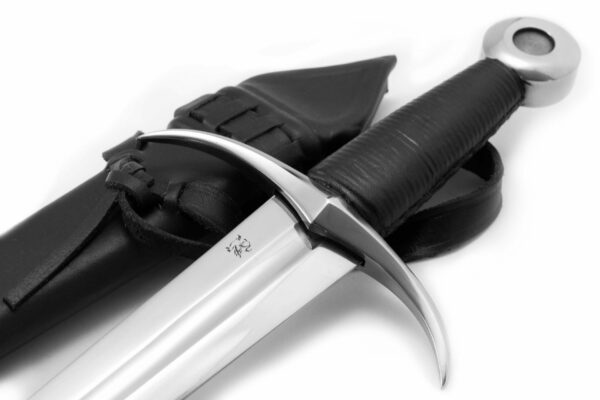 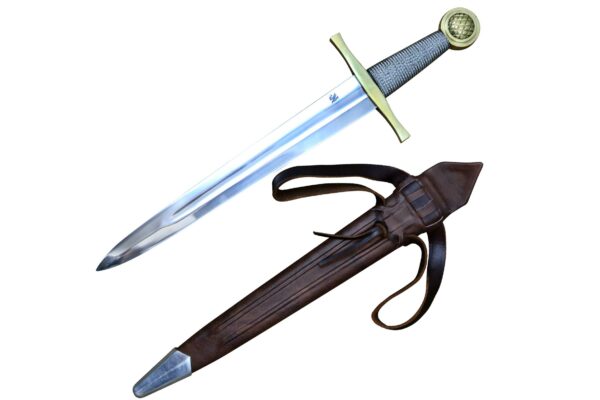 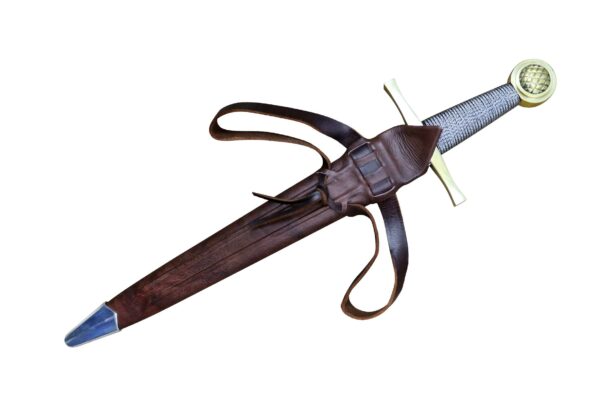 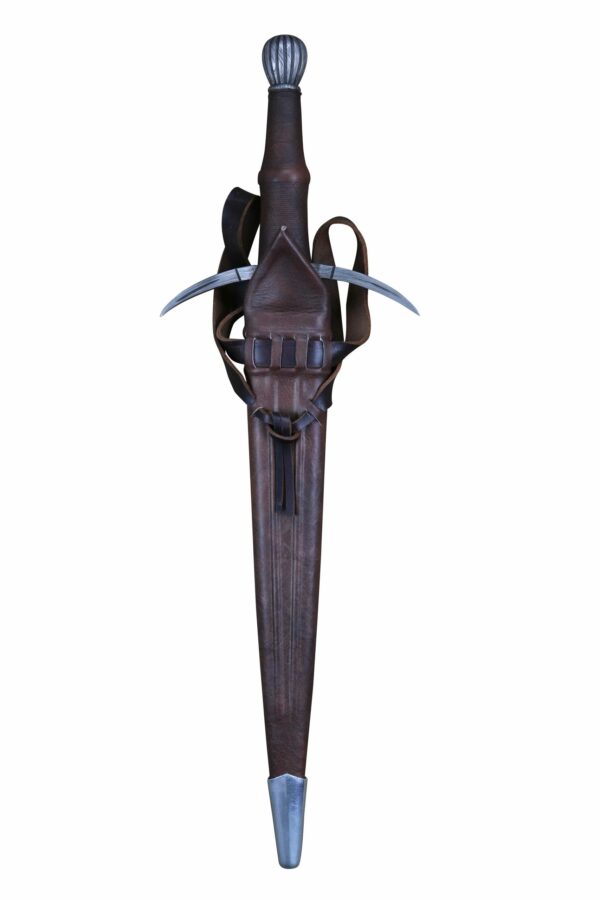 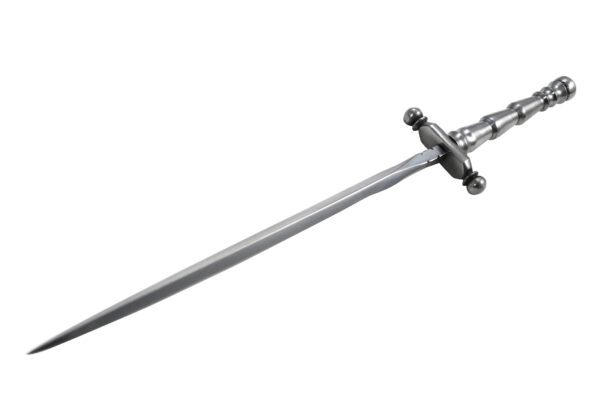 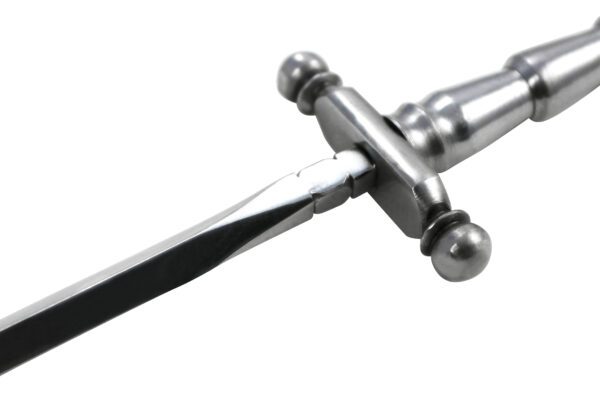 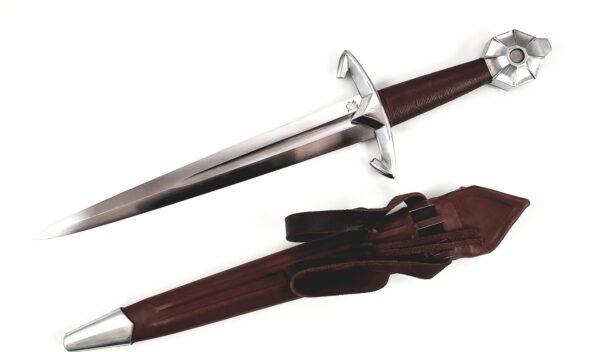 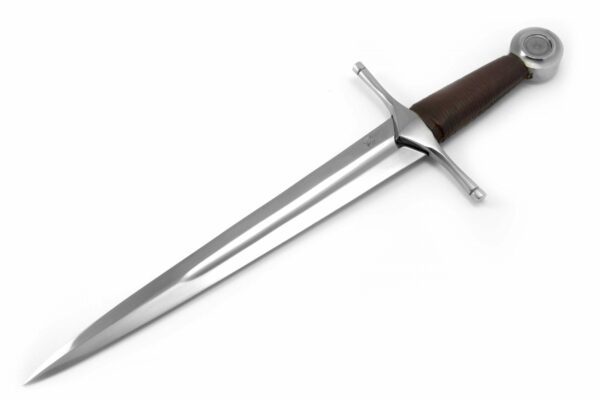 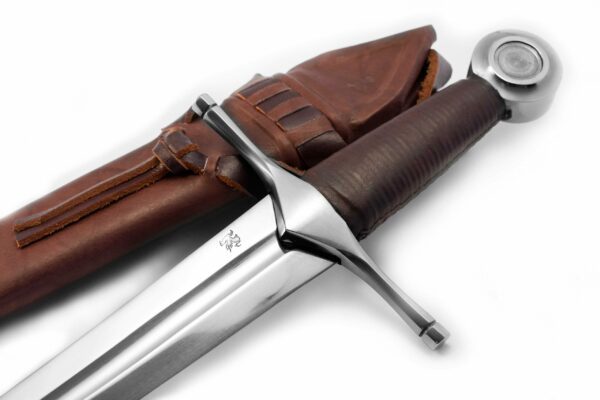 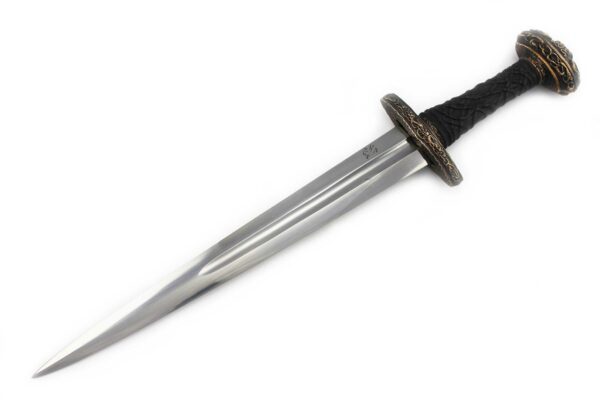 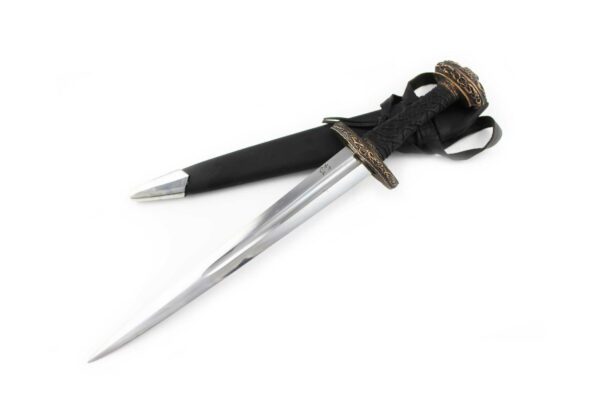 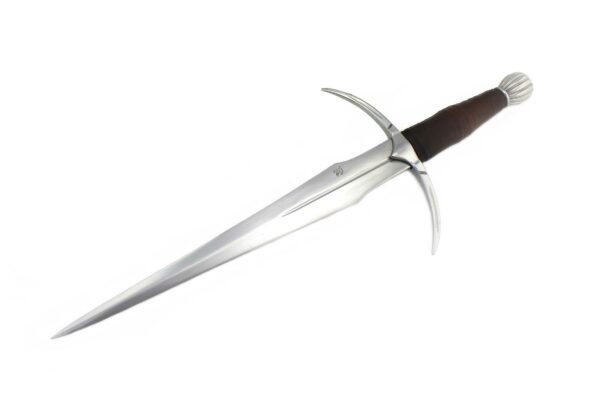 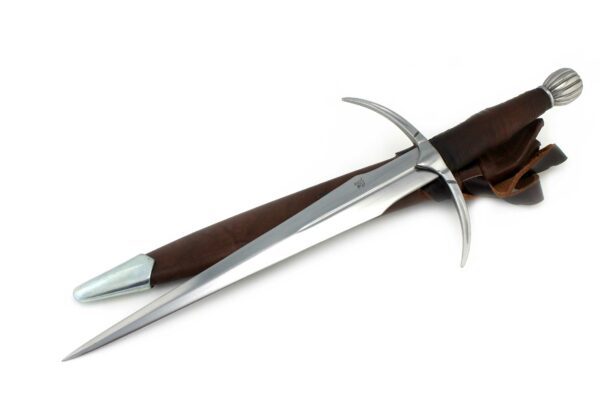 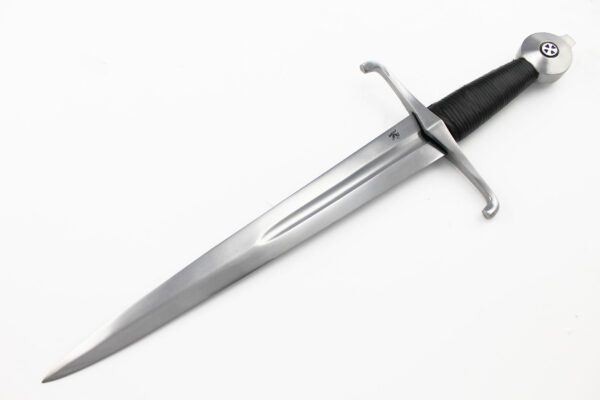 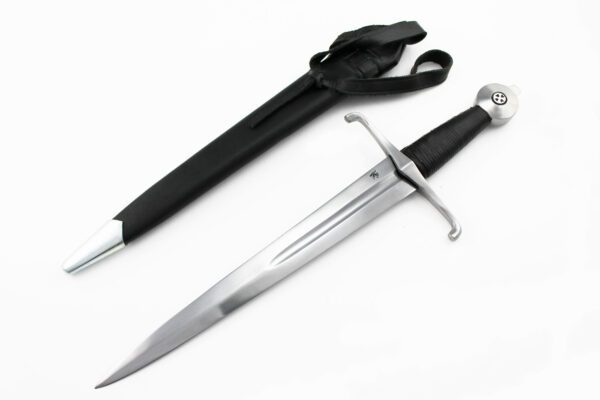 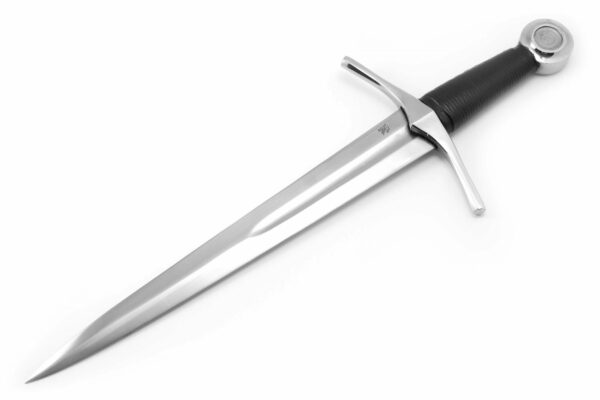 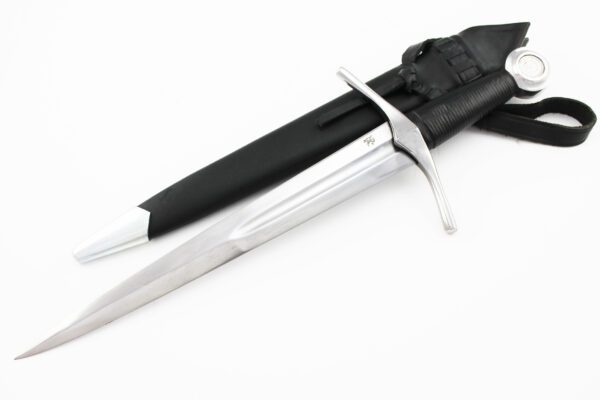 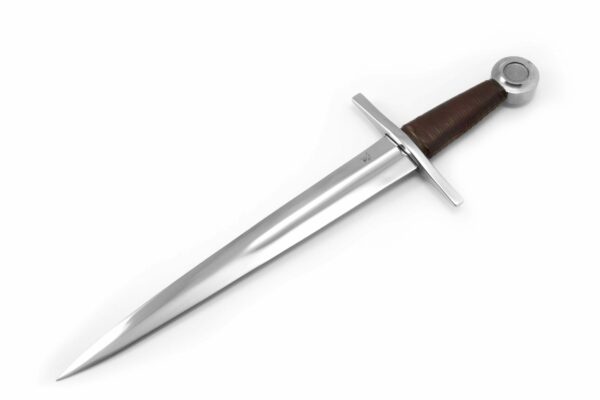 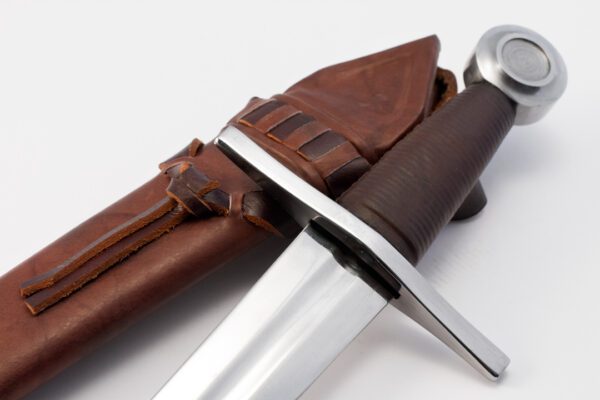 Rated 5.00 out of 5
245.00 USD – 265.00 USD
Select options
We use cookies on our website to give you the most relevant experience by remembering your preferences and repeat visits. By clicking “Accept”, you consent to the use of ALL the cookies.
Cookie settingsACCEPT
Manage consent