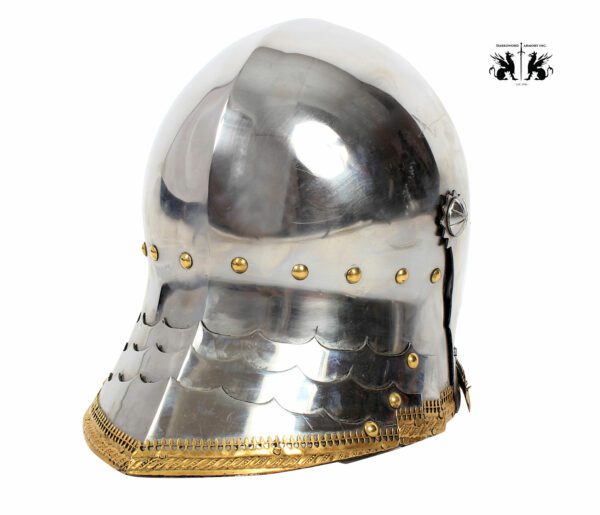 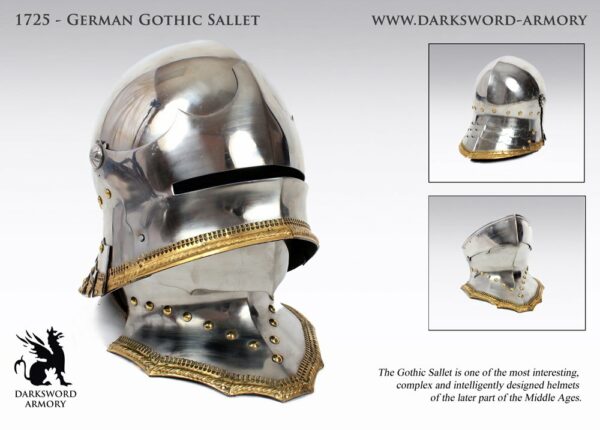 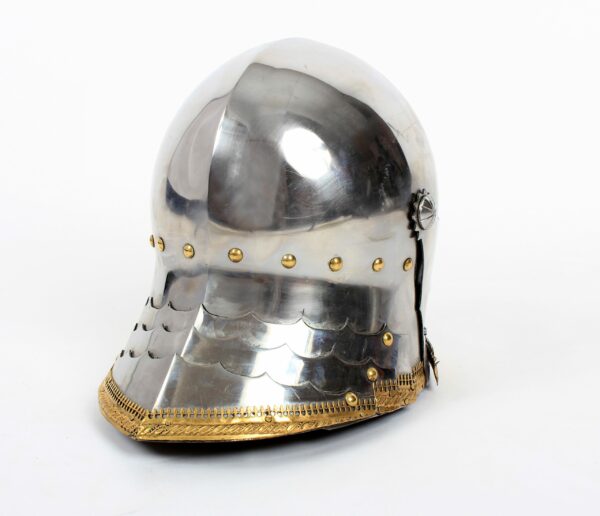 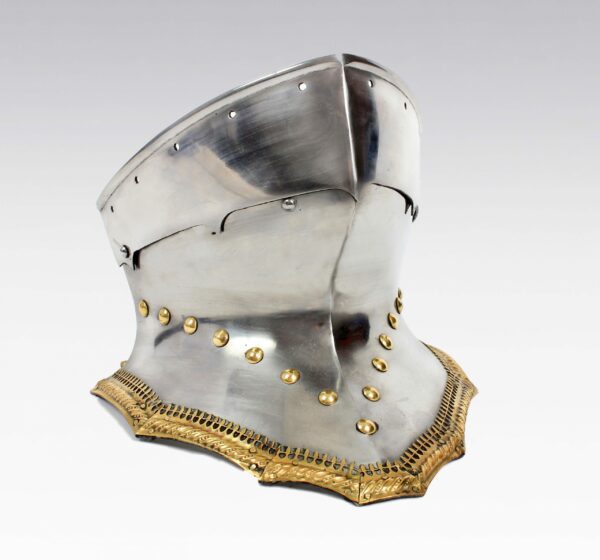 The Gothic Sallet is one of the most interesting, complex and intelligently designed medieval armor helmets of the later part of the Middle Ages. Gothic Armors were designed to imitate the pleated clothing that was considered fashionable in Europe

The later Medieval period and early Renaissance was a time of significant development for weapons and armor. Not only were the materials used better quality, but smiths had the benefit of centuries of research and development thanks to their forebears. Designs became more elaborate without sacrificing function, aesthetics were elevated without compromising strength and integrity. Out of this period of time came the Gothic Sallet, one of the most interesting, complex and intelligently designed medieval armor helmets of the later part of the Middle Ages.

Gothic Armors were designed to imitate the pleated clothing that was considered fashionable in Europe at the time. These pleads, also known as fluting note, only rendered armors more structurally sound but were also visually pleasing. Darksword Armory’s Gothic Sallet is forged with 14 g steel and fully lined (leather), making it strong enough for reenactment use. The articulating visor provides protection when in use, but can be raised for increased visibility. The leather liner is adjustable and also includes a chin strap, which allows for a range of fits and comfort on hot days at the Faire.

Be the first to review “German Gothic Sallet (#1725)” Cancel reply

1,200.00 USD
Add to cart
We use cookies on our website to give you the most relevant experience by remembering your preferences and repeat visits. By clicking “Accept”, you consent to the use of ALL the cookies.
Cookie settingsACCEPT
Manage consent