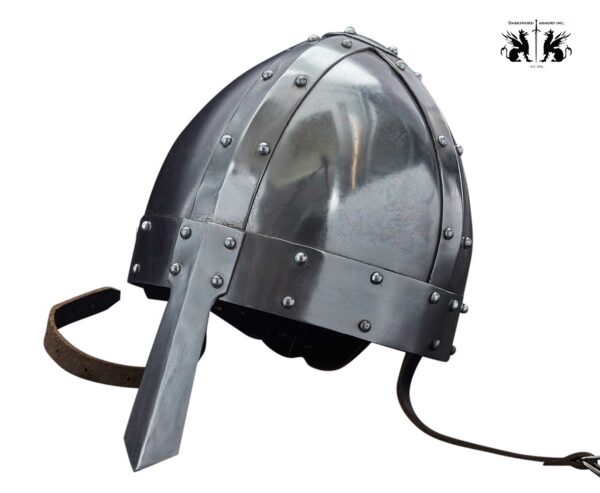 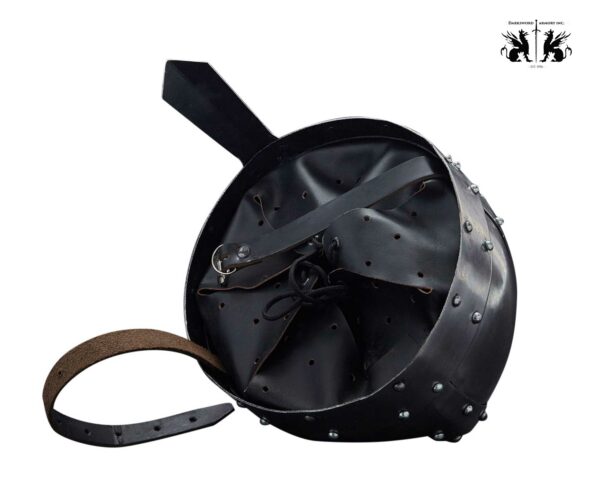 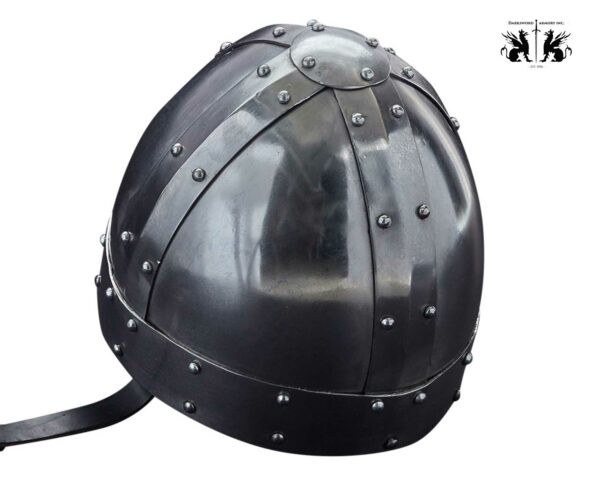 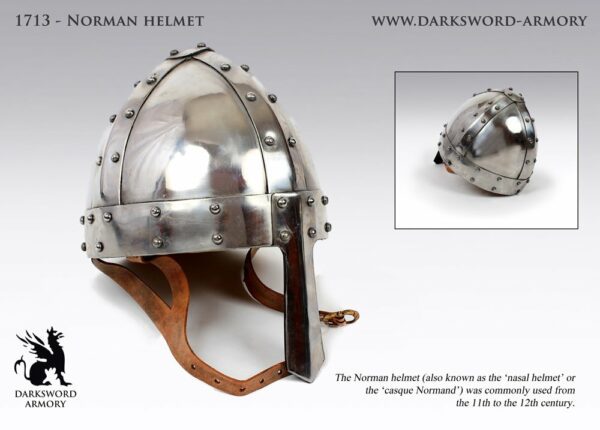 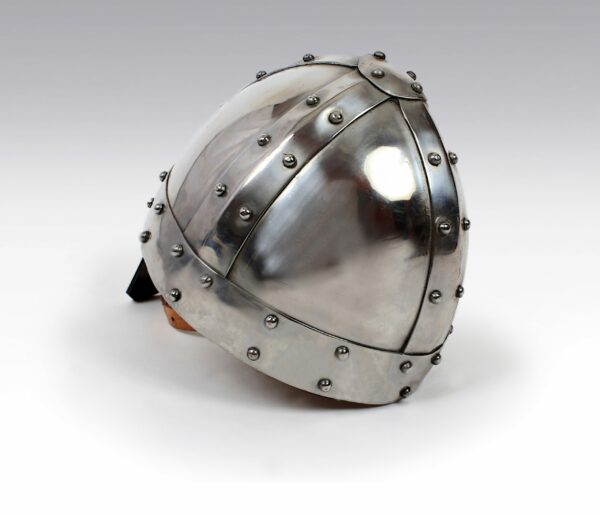 The Norman helmet (also known as the ‘nasal helmet’ or the ‘casque Normand’) was commonly used from the 6th to the 12th century. It is one of the most recognizable helmets of the medieval period.

Normandy was an area in France where beginning in the 10th century it was settled by the Normans, descendants of Norse Vikings that plundered the area until finally making peace with the locals. Norman culture is pervasive throughout medieval history and influenced many aspects including weapons, armor, art, religion, and politics. The Norman invasion of England led many knights in the train of William the Conqueror to the British Ilse where they became the next generation of nobility – setting the stage for the British Empire to become the worldwide power it would be for centuries.

The Norman helmet (also known as the ‘nasal helmet’ or the ‘casque Normand’) was commonly used from the 6th to the 12th century. It is one of the most recognizable helmets of the medieval period. The helmet’s aesthetic origins or influence stems from a mixture of Celtic, Norse and Anglo-Saxon heritage. The Norman Helmet is made of 14 g steel, forged with the traditional sectional reinforcement plates and nasal guard. The Norman medieval armor helmet comes with an adjustable leather liner and chin strap. 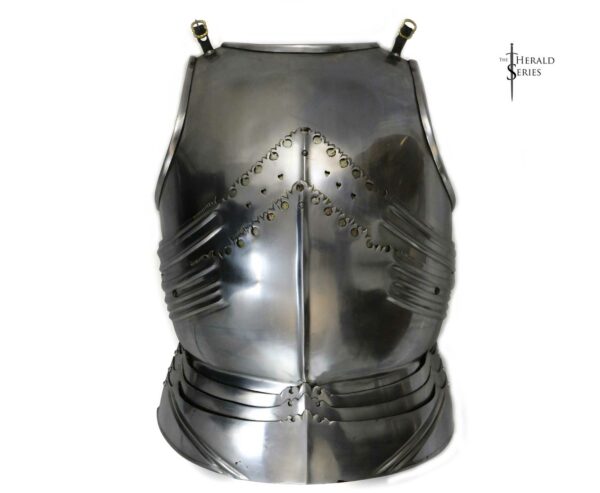 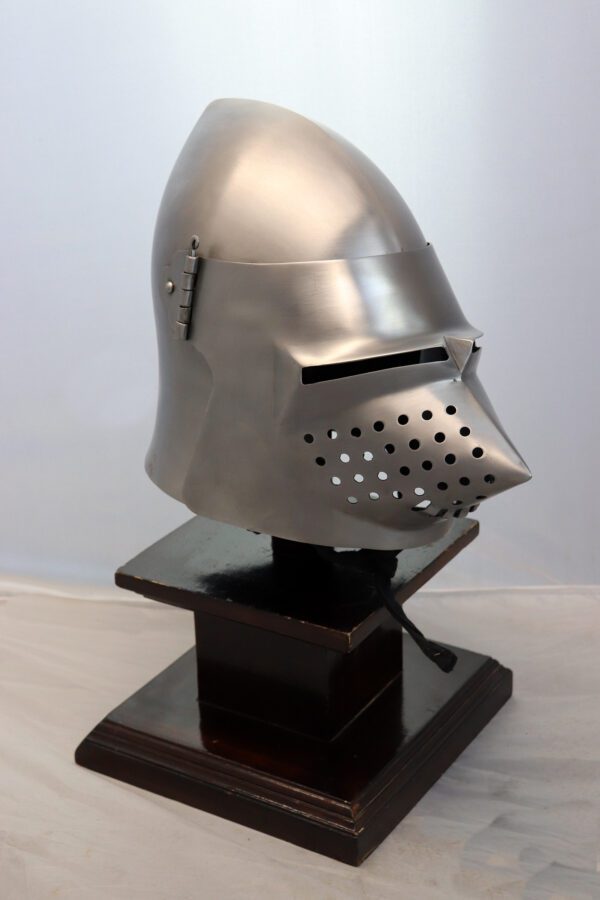 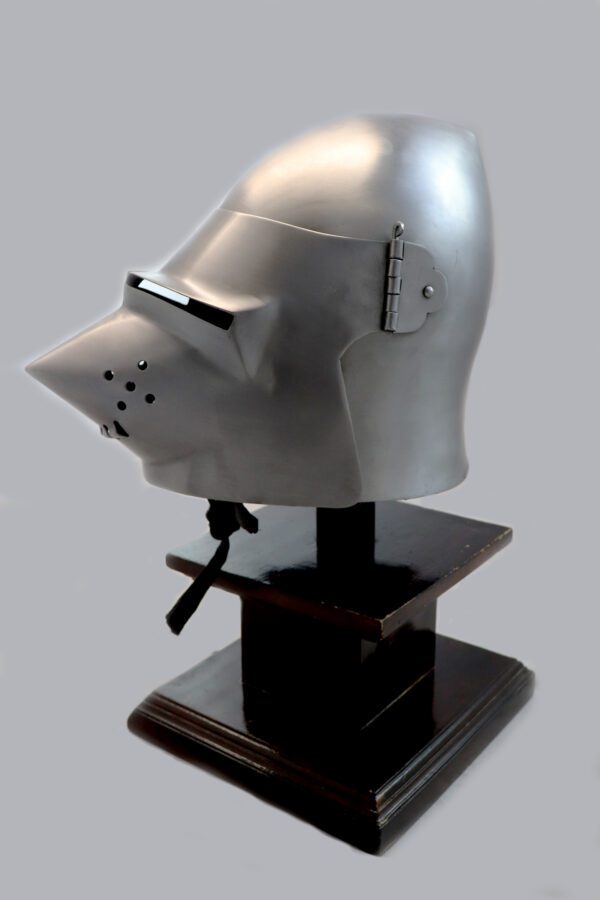 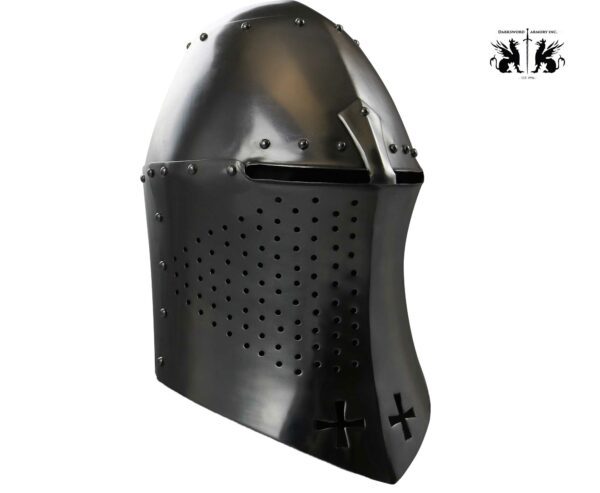 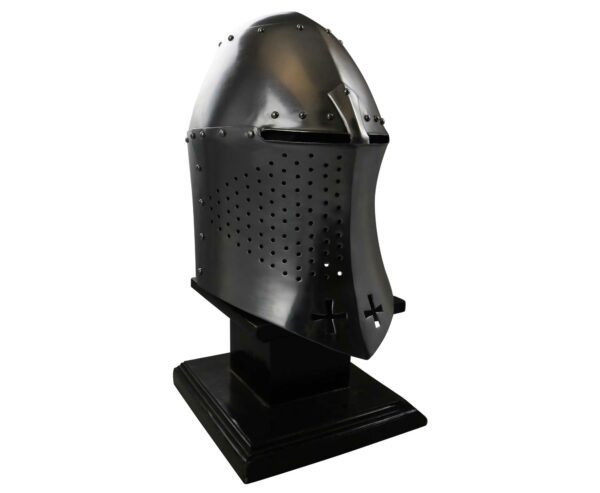 321.75 CAD
Read more
We use cookies on our website to give you the most relevant experience by remembering your preferences and repeat visits. By clicking “Accept”, you consent to the use of ALL the cookies.
Cookie settingsACCEPT
Manage consent