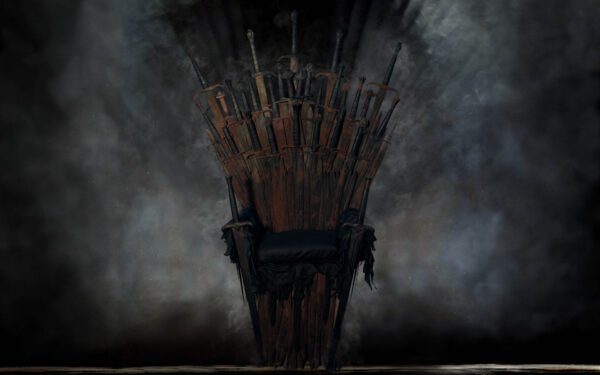 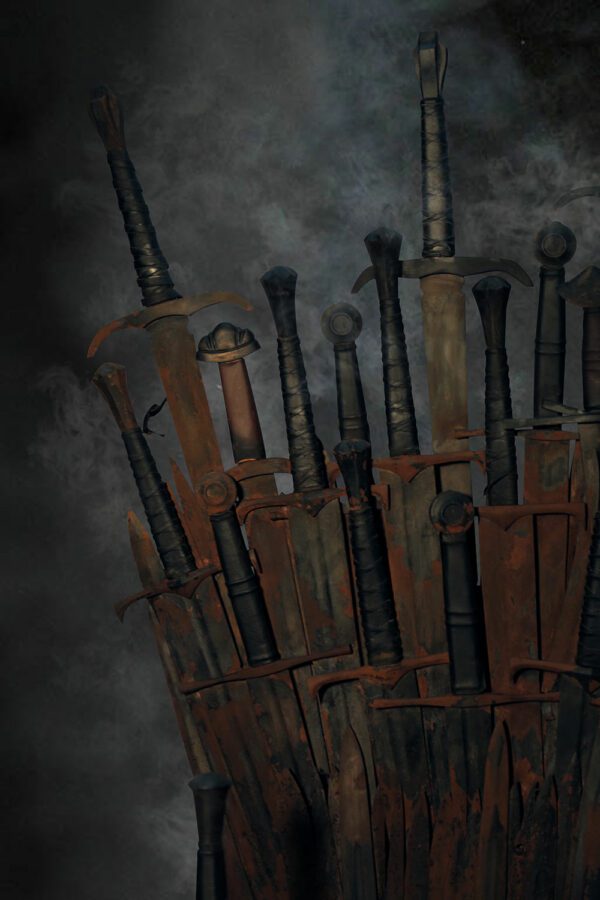 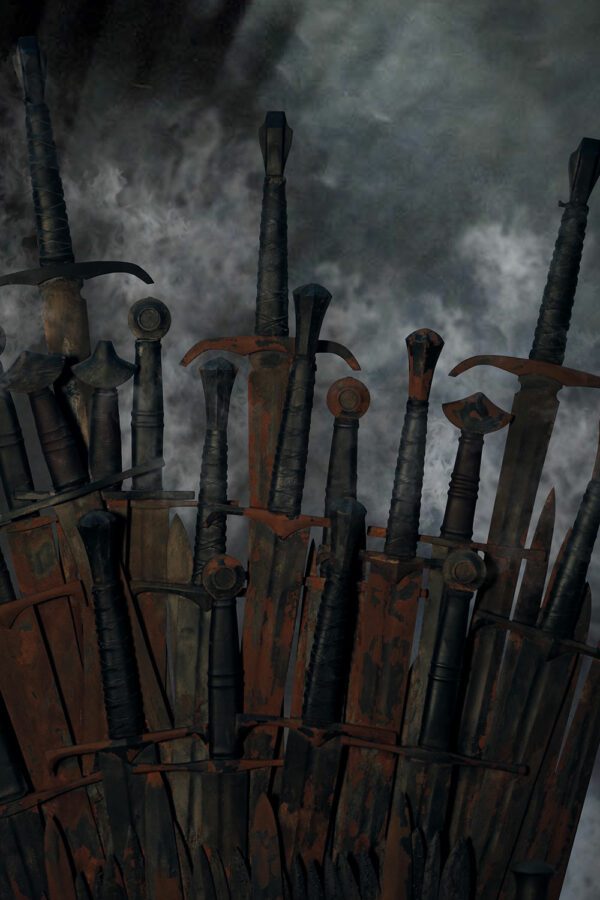 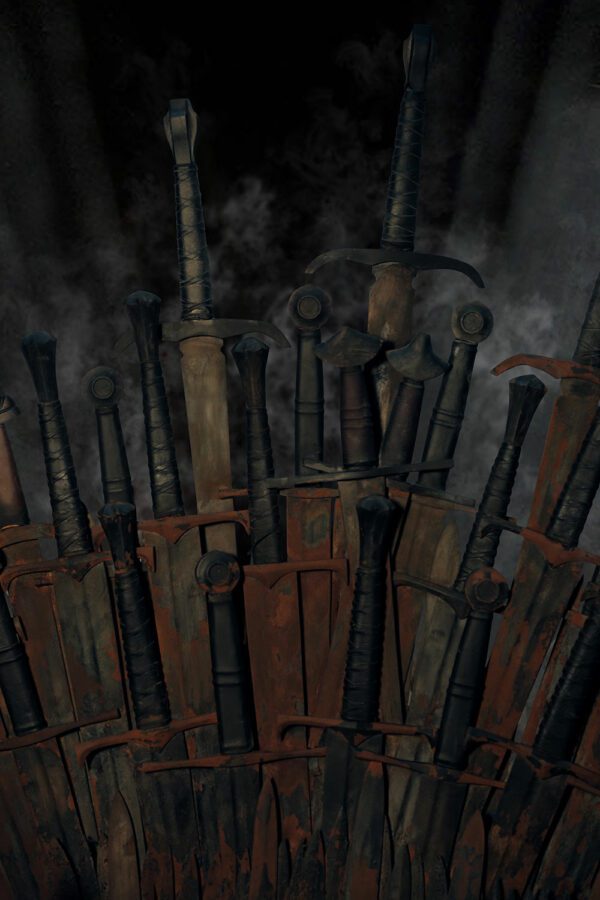 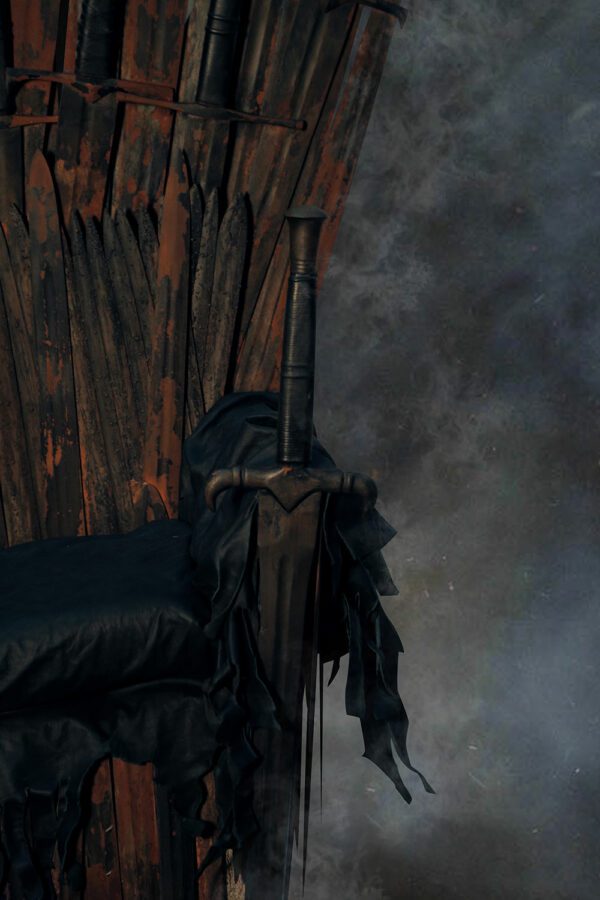 The Game of Thrones center piece has been brought to life.

This Throne features 112 blades that were heated and formed to the custom design of Darksword Armory. 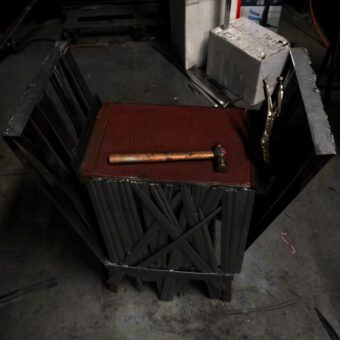 For over 20 years, being a Canadian company we have been forging historical reproductions of Medieval, Renaissance, and Fantasy style swords. Thanks to decades of scholarly research we have been able to faithfully reproduce dozens of swords found in museums, private collections, and other historical sources. These battle ready swords are able to withstand the rigors of actual combat, while remaining true to the size, weight, and dimensions of the originals. We have also been called upon to make swords for television and film in the past, but this new 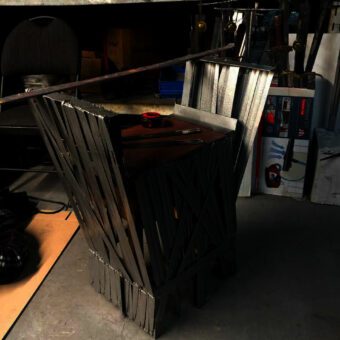 endeavor goes above and beyond anything they have attempted before.

Darksword being a fan of the Game of Thrones series and the books on which they were based for years. Recently, the team of smiths decided to create their version of the Iron Throne as a tribute to George R. R. Martin’s epic work and to the countless artists who have created the most

popular fantasy series in TV history. This considerable undertaking is all the more significant when one considers the importance of the Iron Throne in the Game of Thrones series.

In the fictional land of Westeros, the city of King’s Landing is the location from which the King of the Andals rules over the Seven Kingdoms. In the great hall of the Red Keep, the King sits upon the Iron Throne, a twisted relic of victory. Aegon the Conqueror had the throne forged from the weapons of those he defeated, supposedly twisting together more than a thousand swords and fusing them with dragon’s fire. Far more than an intimidating place from which the King would pronounce judgement, one significant feature of the Iron Throne is that the blades were kept sharp when the throne was created. Thus, a King would never sit easily on his seat of power, and popular rumor held that any king who cut himself upon the throne was unfit to rule. 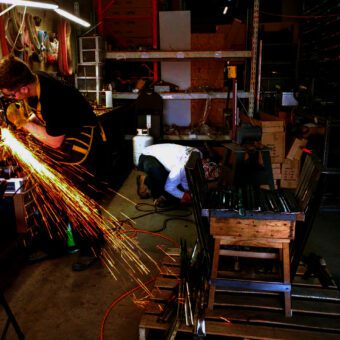 Inspired by the fictional Iron Throne, the team have recreated the Iron Throne in modern steel. The base construction of the first real Iron Throne is a steel frame that was forged out of flat bars of stock metal. After more than 20 years of operations, Darksword Armory had a stock of swords that had not passed inspection due to cosmetic imperfections. These swords formed the seat, arms, sides, and back of the Iron Throne. Each sword was carefully shaped, altered, and placed according to our exact design, which required treating the project like a giant puzzle. Several swords from their “Flame of the Angels” design were placed intact on the back of the throne to mimic the iconic silhouette of this Game of Thrones homage piece. Every member of Darksword’s team who worked on this project was honored to be involved and pay tribute to George R. R. Martin’s imaginative fantasy series. 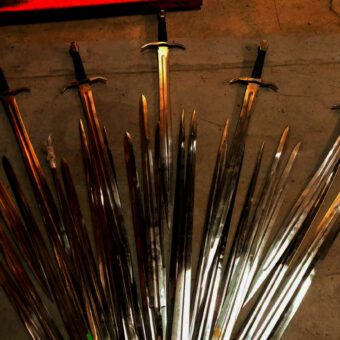 showroom, this unique piece will be the only GOT Throne ever sold!

Be the first to review “The Iron Throne” Cancel reply