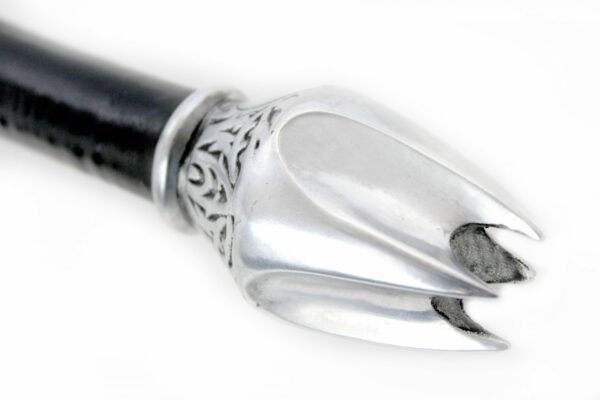 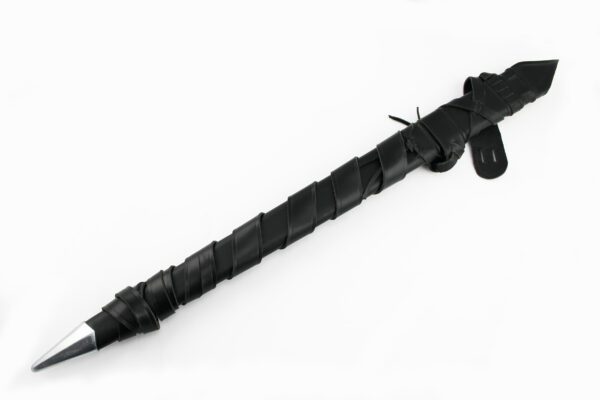 Making the WitchKing battle ready sword was one of the most interesting and challenging projects. Whereas the sword required little creative input, the interesting crown like design of the WitchKing’s pommel proved quite challenging to make. Adorned with thorn acid etched motifs and towered by a claw or crown, this particular medieval sword’s pommel is among one of the most original design we have come across.