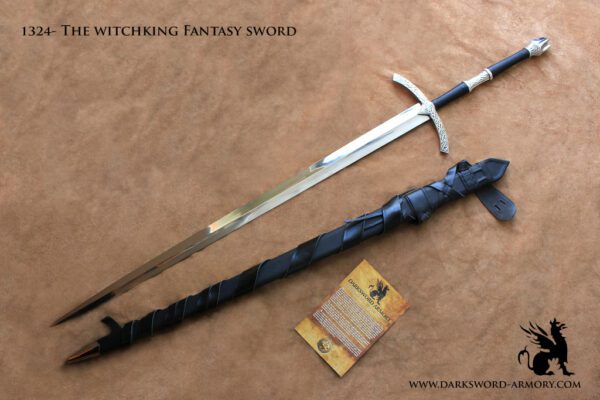 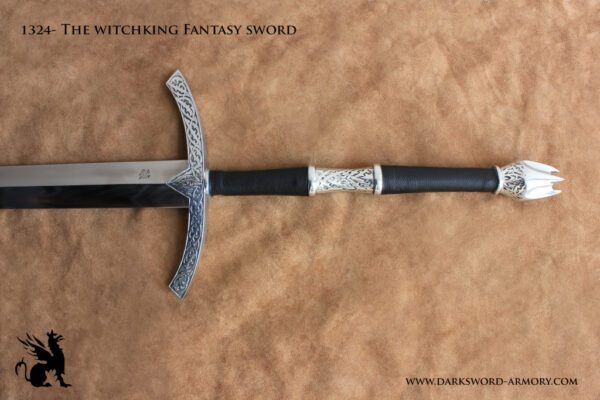 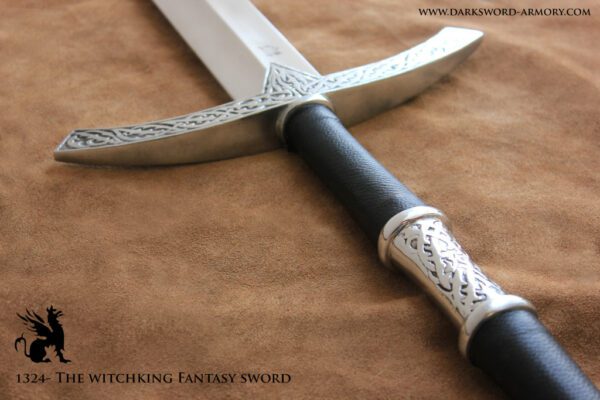 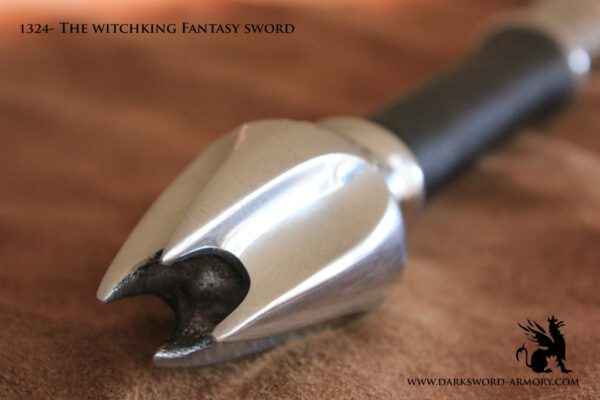 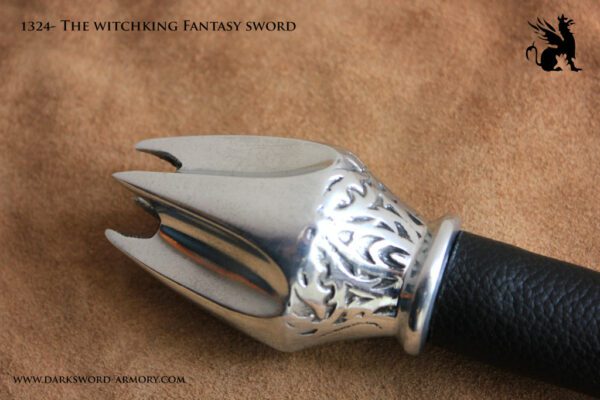 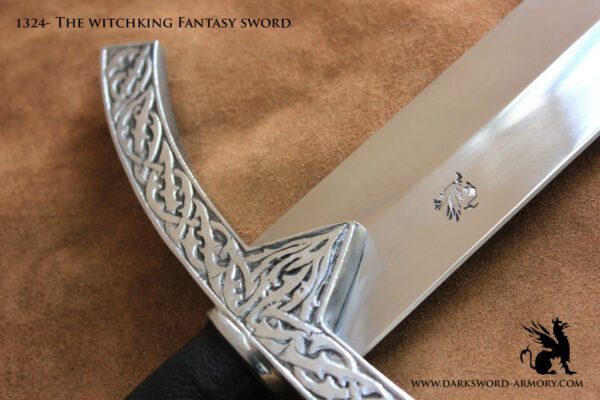 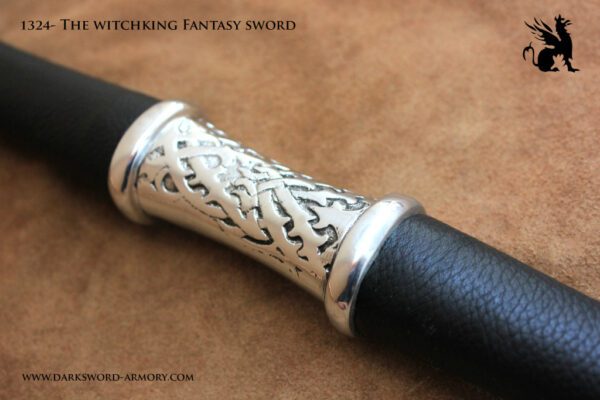 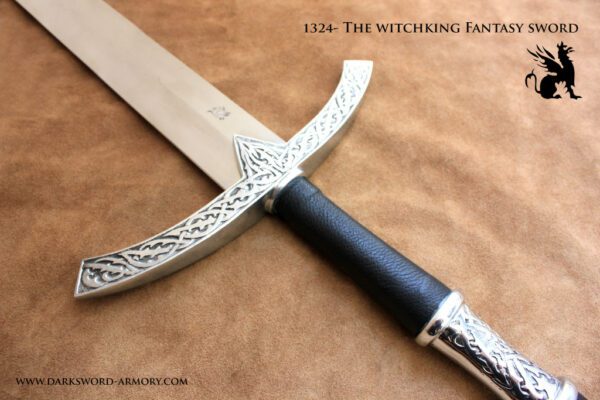 Making the WitchKing battle ready sword was one of the most interesting and challenging projects. Whereas the sword required little creative demands, the interesting crown like design of the WitchKing’s pommel proved quite challenging to make. Adorned with thorn acid etched motifs and towered by a claw or crown, this particular medieval sword’s pommel is among one of the most original design we have come across.

When newcomers learn of J.R.R. Tolkien’s The Lord of the Rings, it may surprise them to know that the central villain of the tale – the Dark Lord Sauron – never actually makes an appearance in the series. These people might assume that the story will have less urgency, that the danger will feel less imminent, with the evil so far removed. They would, however, be wrong.

The Lord of the Rings’ central tale revolves around the magic rings created by the Elven smiths thousands of years ago. Tricked by Sauron, who deceived the Elves about his true nature, nineteen Rings of Power were created. These rings had many wondrous abilities and granted their bearers great power. However, in secret Sauron forged the One Ring that would bring all the other rings under his dominion, undoing the good works they had wrought and granting him alone mastery over all their powers. The Elves became aware of this and hid the three Great Rings, but the other sixteen were recovered by Sauron’s forces. The Dark Lord gave those rings to people he wished to enslave; seven to the Dwarf lords, and nine to powerful human rulers.

The nine rulers were great lords of Numenor, the island kingdom that sank beneath the sea. The rings granted them incredible power, and they became renowned in their day. Unfortunately this power came at a cost, and as the Rings gave immortality they also took away the goodness and life force of the wearers. They became the most feared and hated of Sauron’s servants – the Nazghûl, or Ringwraiths, undead creatures of terrible cruelty and malice whose mere presence was enough to paralyze and incapacitate their foes. Greatest among them was the one who would become known as the Black Captain, Lord of the Nazghûl, Chieftain of the Ringwraiths: the Witch King of Angmar. No one living remembers his true name, for it has been swallowed up in the blackness that exists where his heart once did, and a terrible prophecy follows him – that no man would be able to defeat him.

By far the most terrifying features of the series are the Ringwraiths who pursue the Hobbit Frodo Baggins and his companions on their quest to destroy the One Ring. This sword is based on the sword carried by the Witch King in Peter Jackson’s film trilogy, and creating this battle ready sword was one of Darksword’s most interesting and challenging projects. Whereas the sword required little creative demands, the interesting crown-like design of the Witch King’s pommel proved quite challenging to make.