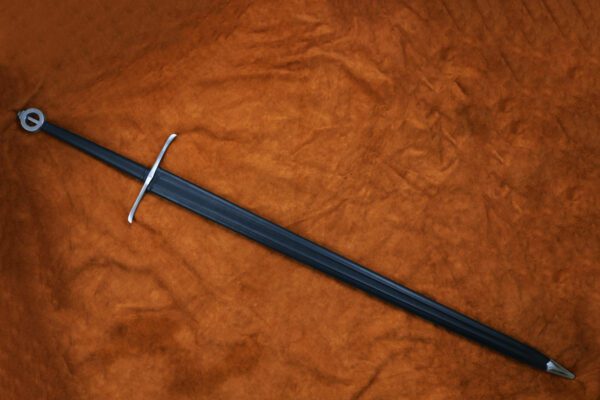 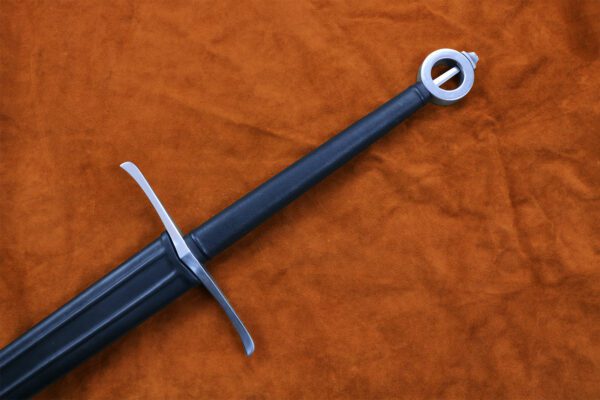 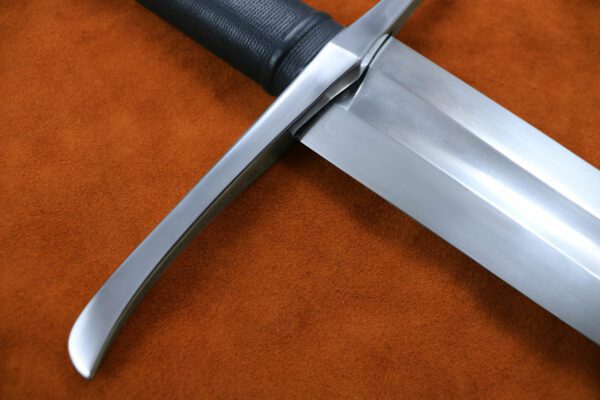 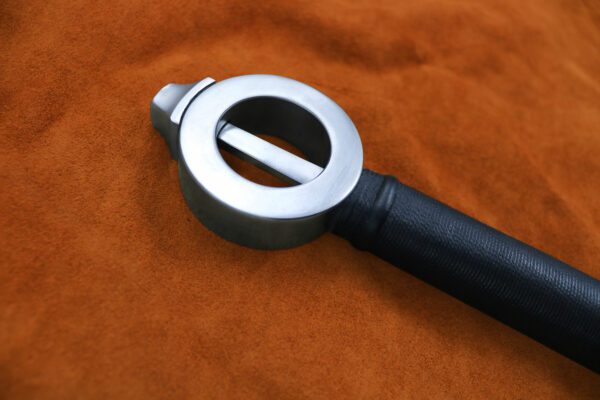 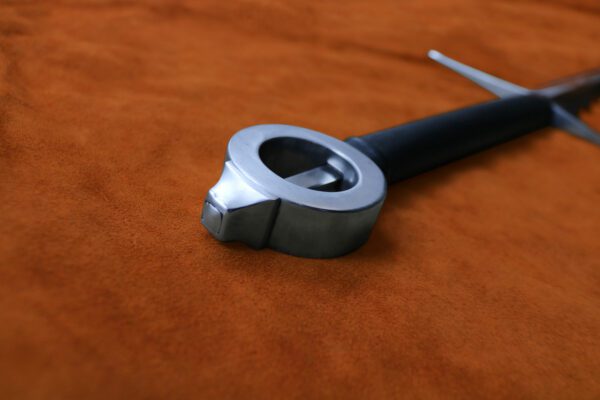 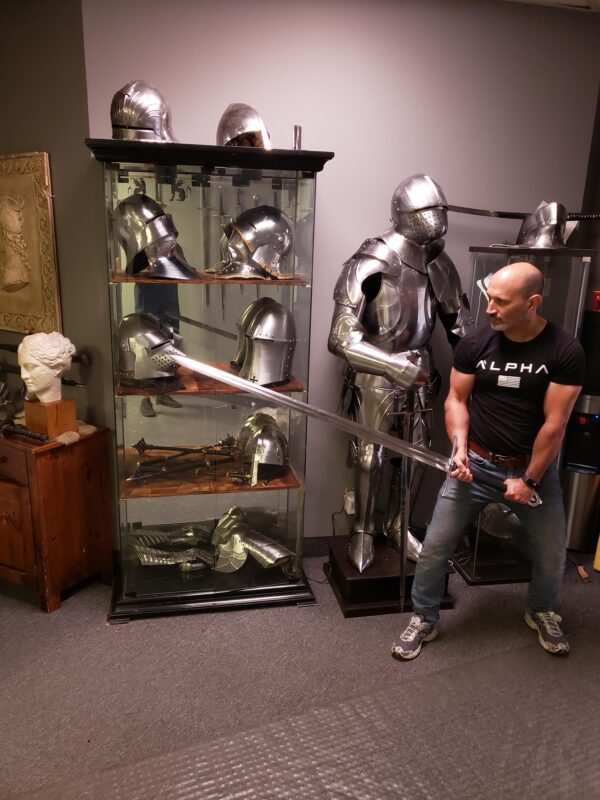 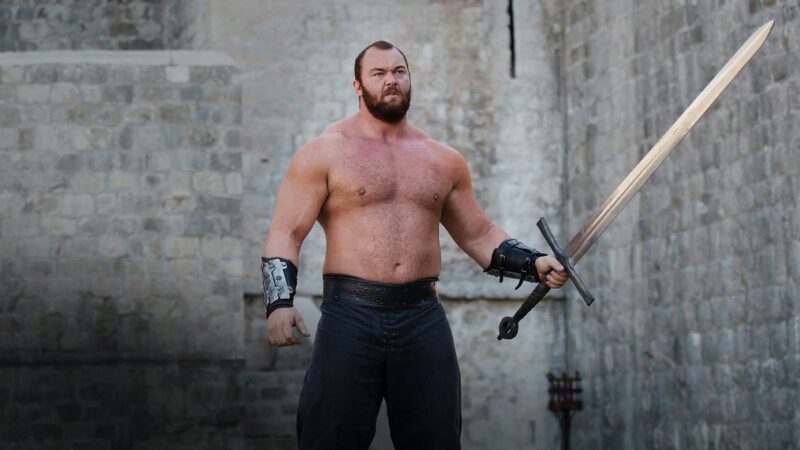 This is our largest swords to date. The massive 2 1/4″ inch broad blade is designed with the claymore in mind, able to be an effective weapon for single combat or in large battles. A foot soldier with this in hand would be able to sweep a knight in armor off of their heavy horse and finish them off on the ground. The 12 inch handle allows for a wide, two-handed grip, maximising the torque that can be applied in each swing. The tang on this sword is wide and thick, and becomes visible when it passes through the open pommel. The guard is a slightly curved modern design, which is our way of adding a personal touch on this piece that is inspired from history, mythology, and fantasy.