Jousting emerged during the 12th C. from the military use of the lance by the mounted knight.

Jousting emerged during the 12th C. from the military use of the lance by the mounted knight. During the latter part of the Middle Ages, jousting gained popularity in numerous kingdoms and was transformed into a lucrative event. Knights and nobles gained considerable wealth, prestige and land during such bouts, while merchants and artisans benefited from the ‘games’ by the distension of neighboring populations. While Jousting spread widely across the Christian kingdom, Pope Innocent II, in 1130, at a church council at Clermont, denounced all forms of ‘Noble’ tournaments and forbade Christian burials for Nobles killed in them. According to ecclesiastical ideas of morality, the ‘games’ distracted the aristocracy from focusing on more acceptable warfare, in defense of Christianity.

Please note that the jousting helmet is individually hand forged. The completion delay, once ordered, is 4 months. 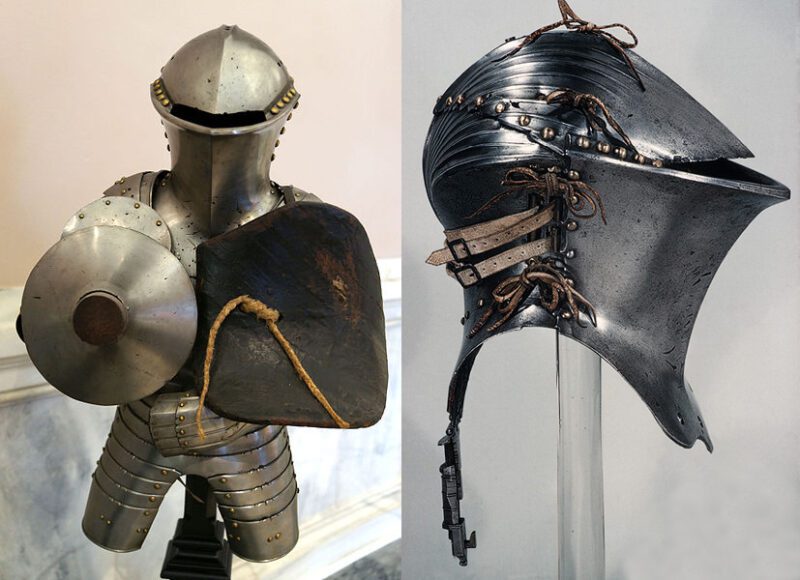 Be the first to review “Jousting Helm Stechhelm (#1731)” Cancel reply